A pack of raccoons is terrorizing Detroit's west side 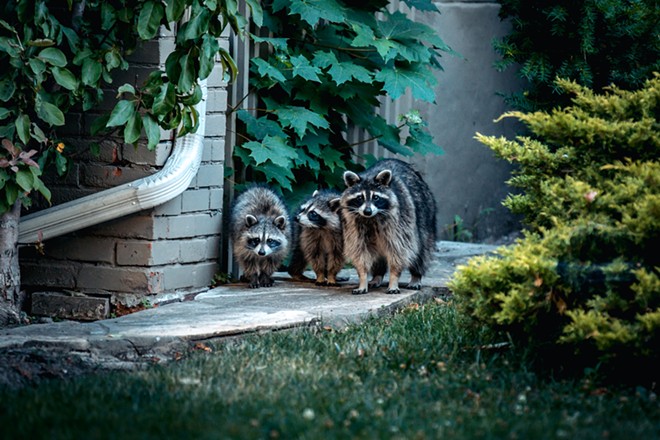 A pack of raccoons has reportedly taken over an abandoned home near Detroit's Rouge Park, terrifying its neighbors.

WXYZ reports that at least five of the critters have been spotted entering a boarded-up home at Sawyer and Parkland through its chimney.

Neighbors say the adorable-yet-dangerous trash pandas are now trying to come into their homes. One woman shared terrifying video of the little guys trying to enter her daughter's bedroom window with their grubby little paws.

Raccoons can carry rabies and other diseases, so don't mess with them. If you or a pet come into contact with one, seek medical attention immediately.