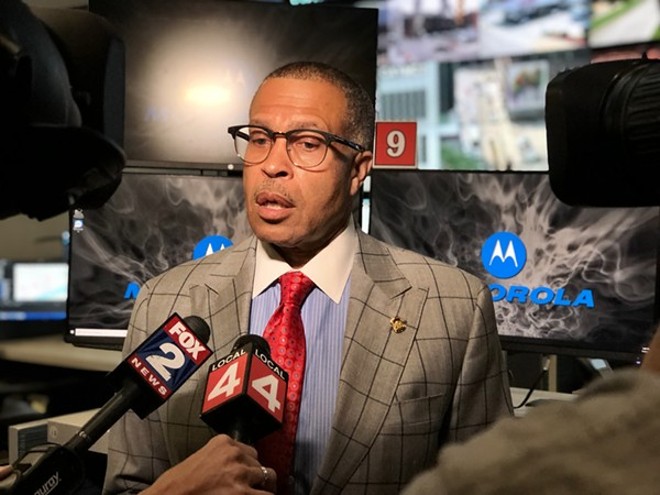 Of the eight Republicans who have formed a candidate committee so far, Craig is widely considered the frontrunner and the only candidate with statewide name recognition.

Craig, who retired in June, said he plans to make an official announcement after Labor Day.

“I led as chief of police — and began my life — on the streets of Detroit,” Craig said in a statement. “Now it is time to travel the state and visit other communities. I will be talking with law enforcement, hosting small business roundtables, and meeting with voters in their homes to hear about the negative impact the current governor’s policies are having on their communities, their workplaces and their families.”

Craig, a former Democrat, also launched a campaign website and released a video in which he says he “made Detroit a safer city,” a claim contradicted by the FBI’s Crime in the United States report, which tracks violent crime. Detroit led the nation in violent crime in 2019, the latest year for which statistics are available.

In the video, Craig says Detroit didn’t succumb to fiery riots last summer because police “never retreated” during protests against police brutality. He and the department, however, were sued for their handling of largely peaceful demonstrations. The lawsuit alleges police used unnecessary, excessive force.

So far, Craig delivered two political speeches in which he said he opposed abortion, supported gun rights, and called for self-reliance. At Kent County Republican Party headquarters on Monday, Craig called Gov. Gretchen Whitmer a “queen” and criticized her handling of the COVID-19 pandemic, which experts credited with saving thousands of lives.

Whitmer’s approval rating has dropped, but she still has favorable reviews from half of Michigan voters, according to a Detroit Regional Chamber poll released in June.

Craig also is making the rounds on conservative news outlets. In an interview on “Tucker Carlson Tonight,” Craig blasted the United Nations for planning to investigate systemic racism in the U.S.

Whitmer, who plans to run for a second term, has raised $8.5 million this year and $14 million this cycle, her campaign announced this week.