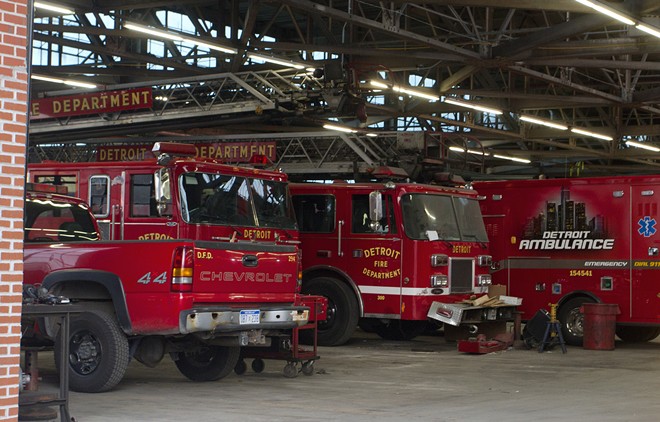 Two city of Detroit workers were injured Wednesday after firecrackers exploded when they sat down on toilets at the fire department's apparatus and repair shop near Eastern Market.

At least one of the General Services Department employees was sent to the hospital with injuries to his leg and scrotum. A second employee was injured, but his condition was unknown Wednesday afternoon.

The Detroit Police Department's Internal Affairs is investigating to determine who was behind the apparent "prank."

GSD Director Brad Dick said it's unclear who placed the firecrackers beneath the toilet seat at the shop, where fire trucks are repaired and firefighter apparatus is stored.

GSD employees handle the repairs and apparatus at the garage.

Mike Nevin, president of the Detroit Fire Fighters Association, said none of his members were behind the stunt.

"It is important for the public to know that no DFFA employees were involved in this incident," Nevin tells Metro Times.

Nevin added, "This is an absolute embarrassment."