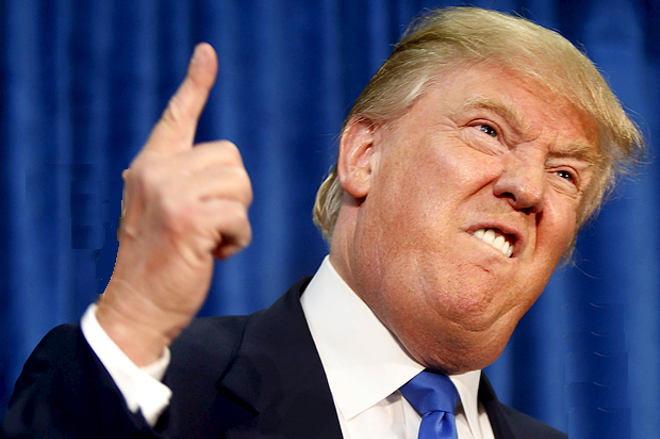 What do you do when you're the thin-skinned leader of the free world and want to avoid being roasted at the annual White House Correspondents Dinner? Fly on over to Macomb County, apparently, in the hopes that you'll be embraced.

Donald Trump will stop in Washington Township next Saturday evening for a campaign rally at Total Sports Park (weird because the next presidential election is 929 days away and Trump doesn't even seem to like being president). He flipped the once-blue Macomb County red in 2016, beating Hillary Clinton by a 12-point margin and going on to win also formerly blue Michigan by fewer than 11,000 votes.

The visit will mark Trump's second time in the state as president. His first visit was to the American Center for Mobility near Ypsilanti in March of last year.

“While the fake news media will be celebrating themselves with the denizens of Washington society in the swamp that evening, President Trump will be in a completely different Washington, celebrating our national economic revival with patriotic Americans,” Michael Glassner, the campaign's COO, said in a statement released to media.

“The president is really looking forward to highlighting the growing success of his economic policies for Michiganders, including historic deregulation and tax cuts that are delivering a pay raise to working families; resulting in record-low unemployment, remarkable reductions in food stamp enrollment, and a return of the American dream for millions of families.”

At last check however, it appeared some Michiganders who voted for Trump weren't sold on such policies. In January, a poll found Trump's approval rating in the state to have dipped below 40 percent.
Still, the visit is a treat for Trump die-hards who remain undeterred by the president's failure to deliver on many of the economic promises for which they claim to have elected him ("we're not racist!"). Over on the Michigan Trump Republicans Facebook group, they're stoked. This guy seems to be hoping the the rally will take on the bully-ish tenor of the rallies we saw during the Trump's first campaign cycle. Shit, maybe there will even be violence!

There are murmurings on social media of a possible protest to coincide with the event. The rally will be held at the sports park on 65665 Powell Road. It begins at 7 p.m. Doors open at 4 p.m.