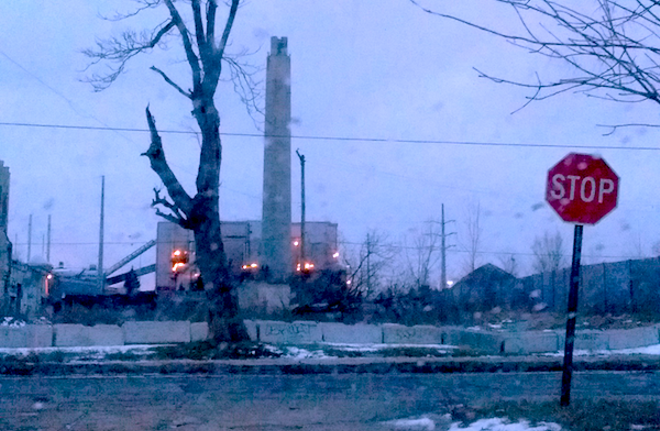 It ain't exactly rocket surgery, as they say.

Turns out scientists from the EPA's National Center for Public Health back up what the environmental justice movement has been decrying for years: That "people who live, work, and play in America's most polluted environments are commonly people of color and the poor."

Published Feb. 22 by the American Journal of Public Health, the study is titled “Disparities in Distribution of Particulate Matter Emission Sources by Race and Poverty Status.” Its findings include that "those in poverty had a 1.35 times higher burden than did the overall population, and people of color had 1.28 times higher burden. Black people, specifically, had 1.54 times higher burden than did the overall population." In layperson's terms, that means African Americans had a 54 percent higher chance of being exposed to particulate emissions, which can aggravate rates of asthma and heart disease, and can lead to lower life expectancies.

As the Natural Resources Defense Council has pointed out, it's no accident that poor people and minorities are disproportionately affected by pollution.

"Communities of color, which are often poor, are routinely targeted to host facilities that have negative environmental impacts — say, a landfill, dirty industrial plant, or truck depot. The statistics provide clear evidence of what the movement rightly calls 'environmental racism.' Communities of color have been battling this injustice for decades," the NDRC writes

Related Standing in the shadow of industry, Detroiters feel 'choked out'

Standing in the shadow of industry, Detroiters feel 'choked out'
By Michael Jackman
News Hits

In other words, whenever there is a decision to locate something that pollutes the air, such as an incinerator or a refinery, the "invisible hand of the market" has a way of ensuring that poor and minorities are likelier than most to live downwind from it. Consider plans for a ninefold expansion of U.S. Ecology's toxic waste plant on Detroit's east side, or the way the Detroit trash incinerator has released particulate emissions for 30 years over the city with the highest percentage of blacks.

Of course, this study is being released just as the EPA is being essentially gutted by the Trump administration. President Trump placed Oklahoma's Scott Pruitt in charge, a guy who described himself as a "leading advocate against the EPA's activist agenda" who sued the agency at least 14 times. He recently said he believes the Bible teaches us to harvest coal, gas, and oil. Pruitt's apparent disregard for environmental regulations has prompted the Union of Concerned Scientists to remind him that pollution kills people.

Sadly, however apt those criticisms and warnings are about Pruitt, the agency already had a terrible record when it comes to ensuring environmental protection for poor communities of color. A report released in September 2016 by the United State Commission on Civil Rights said when it comes to protecting the victims of environmental injustice, the U.S. Environmental Protection Agency is close to worthless.