It’s time to kick out the jams, motherfucker (again)

When guitarist Wayne Kramer kicks off his eight-date Heavy Lifting tour at Detroit’s El Club on May 5, he’ll be debuting a new touring group and some new songs from an upcoming album.

And he’ll be doing it all using an old, familiar name — the MC5.

It’s a move that is destined to cause a stir, especially in the Motor City. The MC5 is a holy name in Detroit rock ’n’ roll. In the late ’60s and early ’70s, the band’s revolutionary stance, high-energy sonic bombast, and flashy live performances thrilled audiences. With maximum swagger — and the goods to back it up — the quintet built a reputation for wiping up stages with more famous groups who had the misfortune of sharing a bill.

The MC5’s battle cry “kick out the jams, motherfucker!” has served as a mission statement and ur-punk scripture for generations. In a testament to its legacy, the group is nominated for induction into the Rock and Roll Hall of Fame for the sixth time this year. 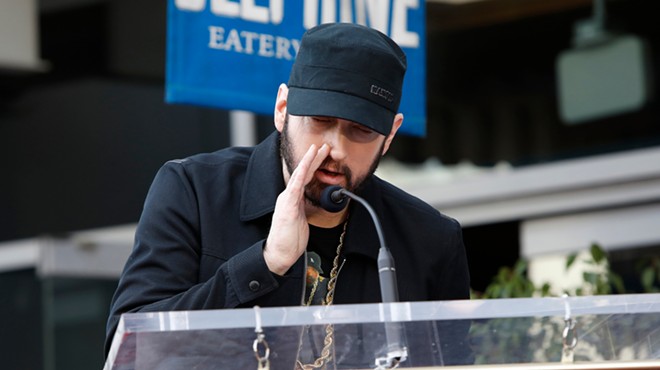 Eminem inducted into Rock and Roll Hall of Fame, MC5 snubbed: The iconic rock band once again did not make the cut

Kramer, 74, says his decision to re-embrace the MC5 name is a reflection of the serious social challenges facing the world today.

“I think it was time to reignite that spirit of 1968, the spirit of my generation when we were all young people,” Kramer says. “I think we’re at a very dangerous time in our history. And I think if we don’t all organize, come together, and step up, we could lose it all. Democracy could go away. The forces that we’re up against are not joking. This is not playtime. This is serious.”

“Now that I have the advantage of 50 years of skills and experience and wisdom to channel through the message of MC5, it’s my most powerful tool,” Kramer says. “It’s the most powerful tool I have to make a difference, to try to motivate people to take themselves seriously, to take their responsibilities to each other, to our community seriously.”

Lee DeVito
A mural of Wayne Kramer and the MC5 on Detroit's former Grande Ballroom, where the band recorded its landmark Kick Out the Jams.

The contours of the MC5 story are well-known around these parts. After an initial period of intense hype and three brilliant albums, the group collapsed in 1972 under the weight of addictions, missed opportunities, and more than a little government hassle. From those ashes, they became part of the triumvirate of influences — along with the Stooges and the Velvet Underground — that presaged punk. The heartbreaking early deaths of singer Rob Tyner in 1991 and guitarist Fred “Sonic” Smith in 1994 foreclosed on the opportunity for a true reunion.

After the band’s breakup, Tyner sometimes performed under the MC5 moniker. But when Kramer reunited with MC5 bassist Michael Davis and drummer Dennis “Machine Gun” Thompson from 2003 until Davis’ death in 2012, they used the name DKT-MC5. In 2018, to honor the 50th anniversary of the band’s landmark Kick Out the Jams LP, Kramer assembled a group and toured under the name MC50. While both groups officially had different names, venues sometimes would shorten the name to the MC5 in event listings.

Kramer’s use of the MC5 name represents a change in attitude from the launch of the DKT-MC5 project. 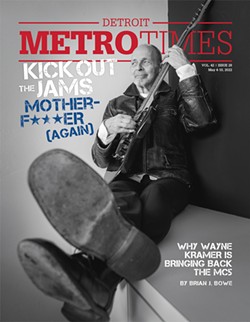 “I don’t in any way want to promote the idea that this is an MC5 reunion or that we’re getting the band back together,” Kramer told the Detroit News’ Susan Whitall in 2003. “That’s so Spinal Tap! That’s impossible.”

So why did his attitude evolve?

“My thinking was that we need some positivity. And this was the most powerful positivity that I’ve ever experienced,” Kramer says now. “And, why not?”

The tour is part of a flurry of activity. In the fall, Kramer is set to release a new MC5 album on Ear Music. The album is produced by über-producer Bob Ezrin, with whom Kramer connected when working on the Alice Cooper’s 2021 album Detroit Stories. Announced collaborators include Don Was, Tom Morello, Jill Sobule, Tim McIlrath, Kesha, and Alejandro Escovedo.

In accompanying social media posts, Kramer’s team has been posting archival photos and heartfelt tributes to his original collaborators with much more regularity, along with rehearsal footage of the new group.

The project raises the question: is Kramer celebrating the MC5’s legacy, or is he exploiting it? Or both?

Kramer’s announcement sparked fevered debate in the social media sphere. Detroit-area musician and journalist Wendy Case wrote a stinging post on Facebook: “Calling it the MC5 is a disgrace to the legacy of the band. Even the Kramer, Davis, Thompson lineup knew better.”

On the other hand, Brett Callwood, former Metro Times music editor and author of a book about the MC5, expressed support in a response to Case’s post. He commented: “I don’t see why anyone fortunate enough to see the original thing would see this. I don’t see why anyone who wasn’t, wouldn’t.”

Kramer seems prepared for the criticism.

“Well, they are certainly entitled to their opinions,” Kramer says. “You know, if you’re gonna do something in this life, you’re going to be criticized. If you don’t want to be criticized, then don’t do anything, it’s a simple equation. But I’m a doer. And so, I accept the criticism, and people are allowed to think whatever they want to think.” 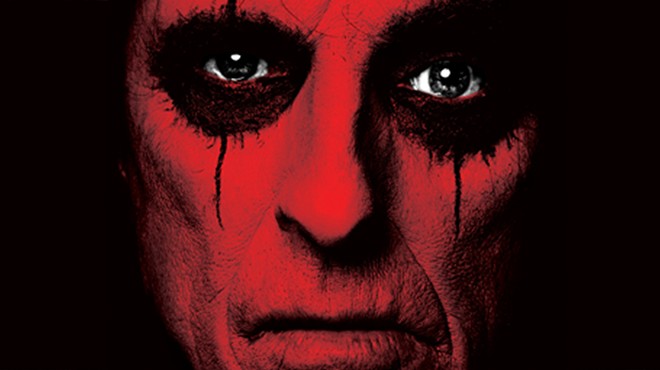 Thompson, the only other surviving member of the original MC5, is expected to play on the El Club date, and he plays drums on two songs on the upcoming album due out in the fall.

When talking about the new MC5, Thompson exhibits a deep ambivalence. On the one hand, he’s protective of his old friend Kramer.

But over the course of an hour-long conversation, Thompson oscillates between that point of view and a highly critical attitude.

“See, there’s equity built into the name. So the businessman says, ‘I want to use it.’ Now, I can’t argue with that either. OK? Honestly, I would never do it. And you can print that,” Thompson says. “That says how I really feel. But on the other hand, I want to say, I wish him all the luck in the world. OK? So that way it softens my opinion. But the MC5, they’re dead and gone.”

Later, Thompson adds perhaps the one thing that everybody can agree on.

“I wish … Fred and Rob and Michael were still here so it could really be the MC5 again, onstage together. But they’re not here,” Thompson says. “Sadly, they’re not here.”

The MC5 performs at El Club on Thursday, May 5; 4114 Vernor Hwy., Detroit; elclubdetroit.com. Doors open at 7 p.m. Sugar Tradition and Masha Marjieh are also on the bill. Tickets are $104. 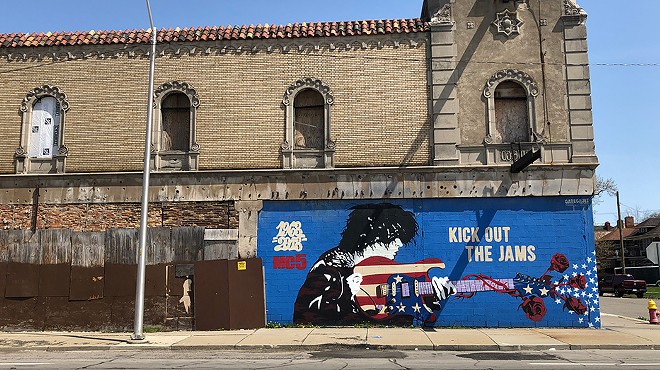 Detroit’s historic rock venue the Grande Ballroom is up for sale: The long-abandoned music hall hosted performances by classic rock acts like MC5 and Pink Floyd

Brian J. Bowe is a freelance journalist and a journalism professor at Western Washington University. He was the recipient of a 2017 research fellowship from the Rock and Roll Hall of Fame Foundation to conduct archival research on the MC5.
Read More about Brian J. Bowe
Scroll to read more Local Music articles