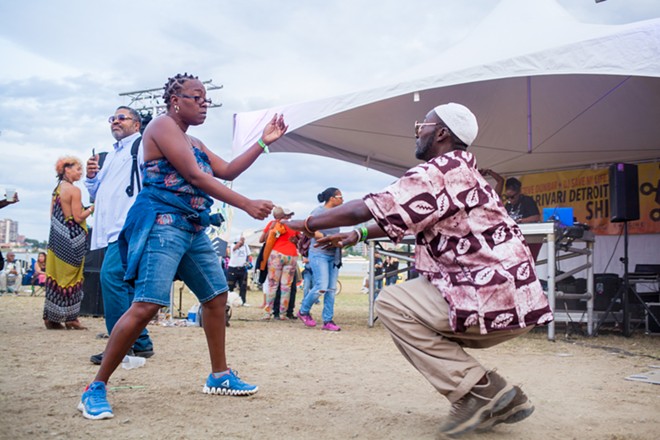 MT File Photo
The Charivari Music Festival is making its way back to Detroit this summer, and with a bang as it brings new elements to the popular electronic musical event.

From Aug. 2 to Aug. 4 at the West Riverfront Park, music lovers are open to explore the festival free of charge and witness, for the first time, one out of three stages being completely empowered by an all-female DJ lineup. Three dozen women within the circle of Detroit’s DJs will take the stage all three days of the festival.

This year’s musical acts and entertainment include familiar artists such as Delano Smith, DJ Minx, and Tylr, as well as up-and-coming talents like Sleazy Hamilton, Deon Jamar, DJ Drew, and more. Also featured are curated stage selections by the Detroit Techno Militia and Tec-Troit, in addition to newcomer SillyGirlCarmen.

With this being the sixth year Charivari has catered to the Detroit public’s desire for an upbeat and versatile music festival, a GoFundMe has been started for donations in order to continue the tradition of free admission.

For more information on the Charivari Detroit Music Festival, the complete lineup, and merchandise (with proceeds going toward funding the event), visit www.charivaridetroit.com.