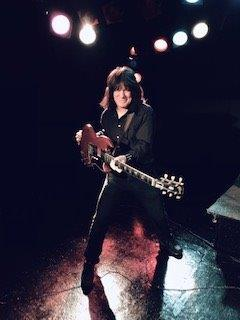 When you think of musical artists you usually think of the musicians themselves, the players. However, we wanted to know more about the artistry of production, especially the production of many different musical styles and genres. We caught up with Dark Capricorn Rising lead guitarist and producer Rick Young to learn more.

Who have you produced that you are the proudest of the end result?

Honestly, every artist from any genre that I have produced I am 100% proud of. However, I produced the Osmonds, specifically Merrill Osmond, 21 years ago. The two of us wrote a song called “America'' for the 911 Victims Families. We gave all proceeds to The Families of Freedom Organization, which has generated over $100 Million in 21 years for the Victim’s Families. For that project alone, I am extremely proud.

If you were to mentor aspiring young people, what advice would you give either producing or performing?

Great question because that is what I’m all about. I would suggest working hard at your craft & being perseverant & diligent. That’s our motto, “We Make Dreams Come True”. This studio was built on the premise that we are here to make others’ Dreams Come True.

Who are your earliest producing influences?

I have exploited in a positive way the production skills of so many influential producers in my life. I have utilized what knowledge I’ve learned from them to grasp how to produce the vast arena of talent today.

Who are your earliest musical influences?

My Dad was a Jazz & Classical pianist & then worked as an arranger composer for the Billy Rose Orchestra. So, I would have to say Big Band Jazz & Classical, yet as I entered my teens, I got a guitar and then the list of my influences became way too long to mention…

Tell us about Talent Live Studio, how long has it been in existence, where do you see the growth and the future direction of the business?

Talent Live Studios started as a Rock, Blues, Country & Jazz based studio. As Hip Hop started to grow, so did we as an entity. I have been honored to work with the likes of Stevie Wonder, Eminem’s Group D-12, Jay-Z’s artist Ric-A-Che, P. Diddy’s Making of the Band, Belinda Carlisle, Erik Sermon & artists from Death Row Records, Lockdown, X-Kahn, Greg Allman & the list goes on.

If you could produce any person or group alive or dead who would it be?

I think Tu Pac, Biggie, Hendrix, Roy Clark & Eddie Van Halen combined for one final recording would be the ultimate conglomeration of artists

How would you describe your vocal and guitar playing style?

I would have to say classical, blues and country meets heavy deep rock!

If you could describe Dark Capricorn Rising in just one word, what would it be?

It wouldn’t be a Dark Capricorn Rising interview without asking about your cats. Any cat anecdotes?

A cat can be a human’s best friend. If you become attached to the loving passion of a cat, you will find everlasting peace and solace through the vision of your cat’s eyes. 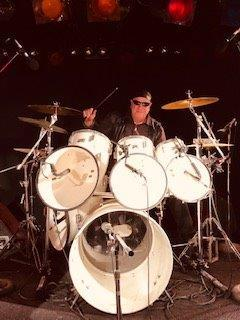 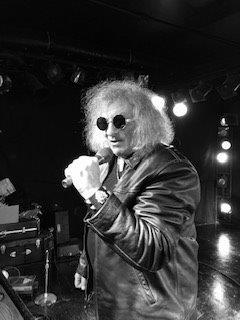 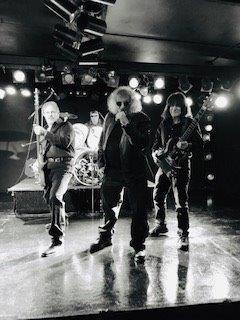