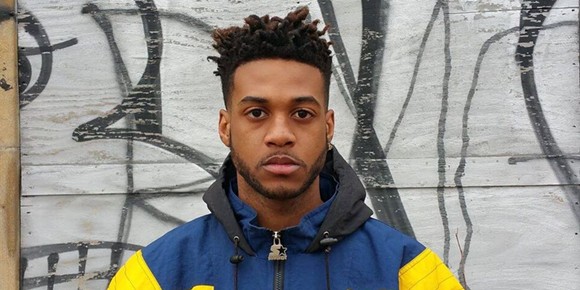 Calling himself not only a rapper, but a singer-songwriter, a poet, a designer, and a graphic artist as well, Tone Perignon seems to be driven by creative forces larger than himself. Born in Indianapolis and raised in Detroit, Perignon grew up listening to Motown and gospel and singing in the choir. He learned to play the piano at 5 and saxophone in middle school, eventually discovering his older sister's hip-hop mix-tape cassettes, which in turn unlocked a passion for the kind of experimental, sample-based hip-hop he makes today.

"Solar Plexus," the first single off upcoming EP Wax N' Lax, is a chilled-out four-minute track with a sampled hook that highlights Perignon's ear for mood and delivery. Halfway through the song, he pauses and completely shifts rhythm and pace, lending a deeper urgency to his words, and a tripped-out feel to the whole thing. "This song is my most revealing song about my outlook on life, or what we perceive as reality, and my constant struggle between consciousness and mortality," Perignon, an avid fan of the teachings of spiritual philosopher Deepak Chopra, says. "It's separated into two distinct parts: The first part I'm setting the scene, exposing my flaws and questioning reality. Midway through the track, after a trip to Ayuhuasca, the beat changes dramatically, transmuting me into my higher self, Amen Raw."

When asked about influences, Perignon mentions his love for "anything with soul in it" and a "funky vibe," but primarily credits late Harlem rap prodigy Big L and New Orleans-based Curren$y for influencing his detailed storytelling and relaxed flow. "Big L is a huge influence lyrically, and I also am a huge fan of Curren$y," he says. "I love his lifestyle rap and the way he sets a mood and the definitive vibe that he brings about." 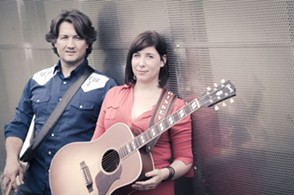 These days, the Detroit native is a student at Cornell University in Ithaca, N.Y., though he's currently spending this semester abroad in Europe where he hopes to do some shows in between classes. Back in New York, Perignon often collaborates with other musicians affiliated with the independent imprint Hermes. "I would like to say that my team and I are breaking boundaries sonically," he says. "We are constantly trying to create something new, authentic, and fresh."

And what does Perignon plan for the not-so-distant future? "Art is life, and I plan to spread that with as many people as possible," he says. "All I want to do is spread good vibes and create cohesive music. I've even been experimenting more with electronic music, specifically a reggae-inspired genre called Moombahton with my homie Go Buck. If you're on this new trippy chill-wave of hip-hop and alternative music in general, then I know you'll funk with us." —Stephanie Brothers

They're not quite country, and they're not quite rock 'n' roll, either. Earlier this year, Detroit natives the Whiskey Charmers (Carrie Shepard on vocals and Lawrence Daversa on guitar) self-released an impressive eponymous album chock-full of Americana goodness, settling into an enchanting cross-genre purgatory. It's the duo's first album, but is quite far from amateurish. It's been receiving widespread praise ever since it dropped in March, and rightfully so.

Shepard and Daversa have struck a musical gold mine in a Wild Wild West vein, laden with bluesy, haunted melodies and standout vocals. The pair isn't tied down by the current limitations (and banalities) of the contemporary country genre, nor do heavy guitars or rock energy flood the album's aura; portion control is found. "Elevator" is a strong opener — a unique, retro-chic number that sets the tone for the rest of the acoustic journey. Weeping, sliding guitars back up Shepard's smoky pleas throughout. She sounds like a mix of Sheryl Crow and Sarah McLachlan: eerie with the right tinge of twang.

"C Blues" sets itself apart as a charmingly stripped, enigmatic throwback tune that's a great benchmark for the album. "Vampire" is a stellar lyric ('I said, do you want some wine? He said no, you'll do just fine, and by the way your immortal soul is mine'), and the whole thing finishes well with the all-encompassing "Waltz." As we all know, it's so rare to find great Americana these days, let alone great roots-based non-garage music in Detroit. The Whiskey Charmers bring a surprising amount of heart to what they do, paving their own authentic path along the way. —Melina Glusac 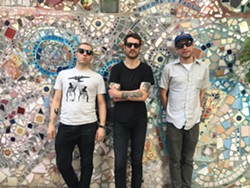 Ann Arbor's Human Skull formed just over a year ago when former Chit Chat bassist Joel Parkkilla asked bassist Brent Barrington and drummer Stefan Krstovic if they wanted to play in a fast and loud three-piece. "They both agreed without hesitation and that was surprising and felt pretty good," says Parkkilla, who plays guitar and sings in the band.

Ann Arbor musician/producer Fred Thomas heard their demo and offered to record an album. They went into the studio with Thomas and recorded 10 songs, which they are working on releasing as an LP hopefully to be out in early 2016. They are also working on new songs and will be recording again soon.

They've frequently drawn comparisons to Hüsker Dü and Dinosaur Jr., and the overall feeling of their songs is definitely in that vein. "All of our songs are pretty much the same tempo because it's the one that I like to bob my head and bounce to," Parkkilla explains. The tempo may remain consistent, but Parkkilla is coming into his own as a songwriter. The songs from the new album are more developed and feel epic in the most satisfying way.

The Skull went on their first tour with Ann Arbor's Ping Pong in the spring. "Touring is a blast always, even when you're exhausted," Parkkilla says. "We do plan to tour more, but we want to go about it the right way and we all have big kid jobs so planning is key."

What else can we expect from Human Skull? "We want to start playing in Detroit more," Parkkilla says. "Stefan will probably take his shirt off a time or two. And there's a good chance I'll hit my head on stuff a bunch while Brent continues to keep his cool." —Jenny Farajbeik

7. MOONWALKS Moonwalks want to be in outer space. Guitarist Tyler Grates says he wants to check out Jupiter because he heard they have really good radio stations. "I wouldn't stay on Jupiter, but I wouldn't mind not coming back to Earth," he says. "We're just visiting."

Their music sounds at least halfway in space already. They make gorgeous psychedelic rock that is clearly 1960s-influenced, but it doesn't sound dated. They've been at it for almost two years, playing shows constantly. They recorded an EP with Jim Diamond at Ghetto Recorders and released it on cassette last year, followed by a short tour. A full-length was also recorded mostly with Diamond, and will be released on cassette in October by the L.A.-based label Manimal. 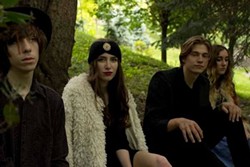 "With our first EP, we were still trying to get a sound together with the four of us, so the songwriting was a little more straight to the point," Grates says. "With the new album, we had a little more experience in the Detroit scene and took notice of what was going on at the time, but still kept things within our reach. At the same time, [the new album is] leaning more towards an art rock/cinematic feel." He cites the Terrible Twos, Protomartyr, Mexican Knives, Bad Indians, and Growwing Pains as local influences.

Moonwalks plan to tour around their new album and are also set to record a new album with Sisters of Your Sunshine Vapor at their studio Space Camp. They're sure to stay busy, especially since they share members with Mexican Knives and Deadly Vipers. —Jenny Farajbeik

The next time you go for a drive at night, put on Ben Christensen's track "Inouno" and watch the city come alive. The flickering lights, the stop and start of passing cars — it all coheres to a new pulse. It's just one way to experience Christensen's newest self-produced, one-sided 12-inch single off his own label, Sector 7G. 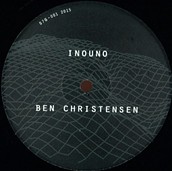 "I try to make music that is futuristic but human; it's gotta be funky," Christensen mused about his sound, which has been progressing since middle school, when he first started experimenting with electronic sounds. Indeed, there's an undeniable influence from the likes of Cybotron and Model 500. And if you're familiar with the classic cuts of Detroit techno, your ears will immediately pick up on the UFO sounds descending upon you.

"Inouno" has the bass-heavy percussive bounciness of a deep house cut with a warped R&B sample that sounds like the chatter of two aliens getting their groove on inside your brain. Christensen's tracks are super infectious, and swallow you immediately with a smooth build that's as groovy as it is detached and stoned. Christensen has let us know that "you can expect new releases very soon by myself and other Detroit artists." In the meantime, listen to several other unreleased tracks on his Soundcloud page or find "Inouno" locally. His next show is at Temple Bar on November 7 with Sector 7G partner DJ Mike Medow. —Stephanie Brothers