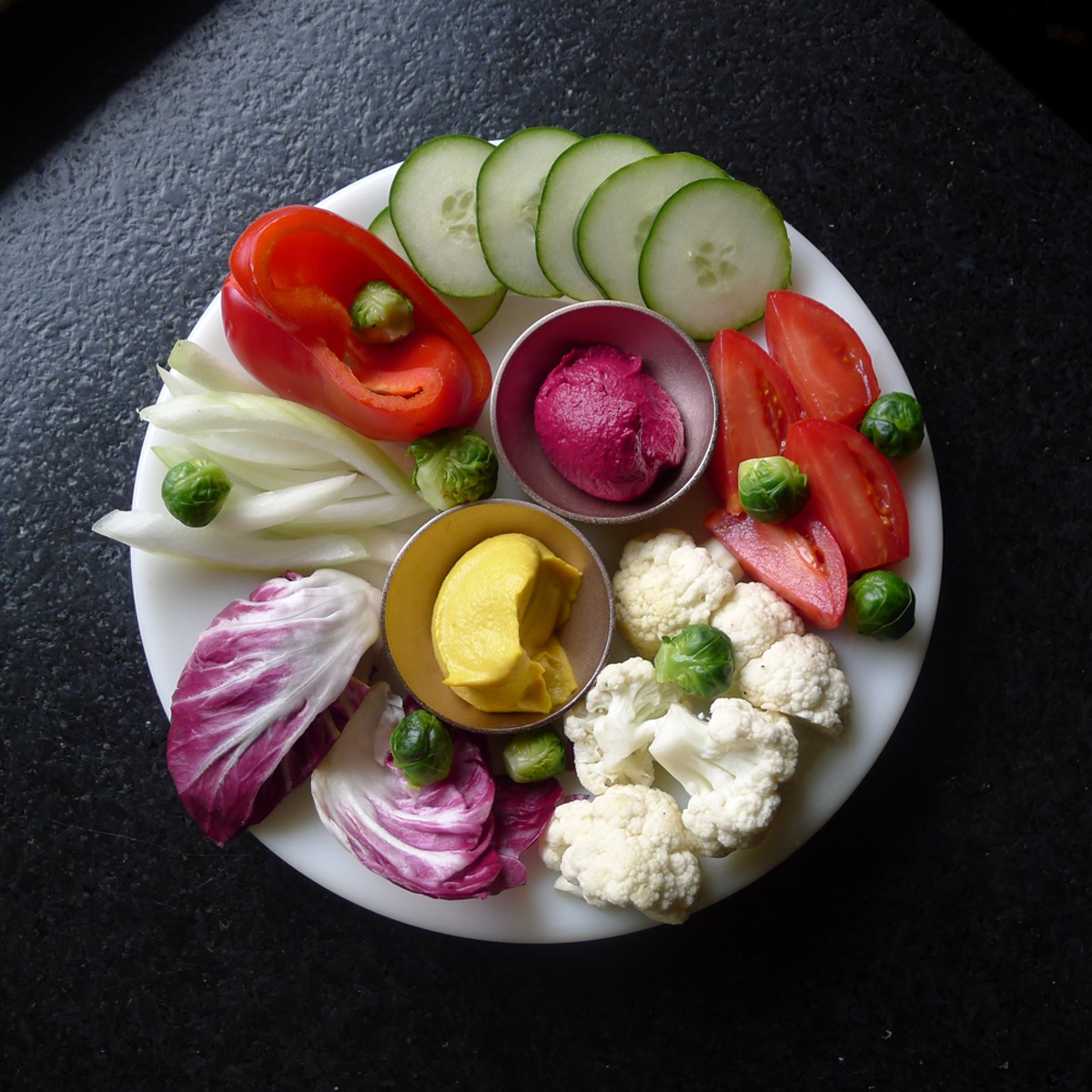 If you've ever spent time in a hospital, you've probably noticed the tepid platters of irony known as hospital food. In these facilities, where patients receive the best care that modern medicine can offer, the importance of food is often overlooked.

Only mom can make mom's chicken soup. But more nutrients and fewer empty calories shouldn't be too much to ask.

While debates rage over fats, carbs, animal proteins, gluten and any number of dietary trigger points, when it comes to vegetables there's nothing to discuss. The evidence is unanimous. Veggies are good, so eat more. You can add veggies to any diet without falling off the wagon. But this consensus seems to be news to most hospital kitchens.

Hospital food took a giant leap forward in 2010, when three employees at St. Joseph Mercy Hospital in Ypsilanti proposed an on-site farm. Hospital leadership approved, and set aside 25 gently rolling acres on the edge of hospital property. Piece by piece, the lawn was carved into the nation's first farm on hospital grounds. A dedicated team put up greenhouses and barns, while plowing the sod into community garden beds and rows of fresh vegetables. Eventually there would be a wheelchair-accessible greenhouse, built through a partnership with the nearby Eisenhower Center, where patients with traumatic brain injuries tend raised garden beds.

Inside the hospital walls, meanwhile, the dietary visionaries tore out the deep fryers and repurposed the kitchen to handle more fresh produce.

Today, produce from the Farm at St. Joe's feeds patients, while more is distributed to the community at a farmers market in the hospital lobby, and a Community Supported Agriculture program that distributes weekly boxes to paying members.

"Our initial intent was to make the produce that we grow at the farm available to our patients, as well as the community and employees," says Lisa McDowell, director of clinical nutrition and wellness at St. Joe's. McDowell was one of the original founders of the farm, and has been at the forefront of maximizing its impact on and off hospital grounds. When she isn't finding new ways to get fresh produce on patient trays, McDowell focuses on keeping people out of the hospital.

One of her programs, "Produce to Patients," provides fresh vegetables and cooking tips to patients as they are discharged to go home. The goal is to improve their diets and keep patients from being readmitted.

McDowell also oversees nutrition for the Detroit Red Wings and USA Olympic hockey teams, where she applies the same vegetable-forward diet that she advocates at the hospital. One of the Red Wings' favorite recipes is beet hummus, and she was kind enough to share it with us.

It's a dish you might eat at one of several concert venues and sports stadiums that serves her recipes, printed versions of which are available next to the hot food. At Little Caesars Arena, the St. Joe's recipes are promoted on the concourse.

"It's the exact same message that we have in the hospital," McDowell says. "We're just giving it to people who aren't sick yet."

Meanwhile, the farm is shaping a new generation of cooks and eaters, in hopes they stay as far away from the hospital as possible — except when they visit the farm.

The farm's education coordinator, Laura Meisler, hosts groups from every first-, third-, and fifth-grade class in the Ypsilanti public school system. Most of the students rely on school to provide breakfast and lunch for them, and come from families experiencing food insecurity, she says. Many live in areas where fresh produce isn't easily accessible, but cheap, processed food is.

"That sensory engagement and fresh-picked flavor can transform even the most reluctant vegetable eaters," Meisler says. "I've heard several kids tell me proudly at the beginning of a visit that they don't eat vegetables. After they pick and taste fresh lettuce, peas, and tomatoes, we hear them say, 'Now I like veggies!'"

This is one of the most popular dishes on the Detroit Red Wings menu. I can see why. It's filling and satisfying, and makes things taste better. Like mayo, but with more veggies. For a less shocking color, yellow beets leave you with a hummus that actually looks the part.

Serve with fresh vegetables, like cucumber slices or tomatoes.

Trim the beets, cut them into quarters, and steam them until soft — about 30 minutes. Allow to cool, and slip off the skins. Eat the skins as you pull them off, and taste the sweet salt of the earth.

In a blender, liquefy the garlic and salt in olive oil and lemon juice. Add the tahini, followed by the garbanzos, and finally the beets. Blend until smooth.