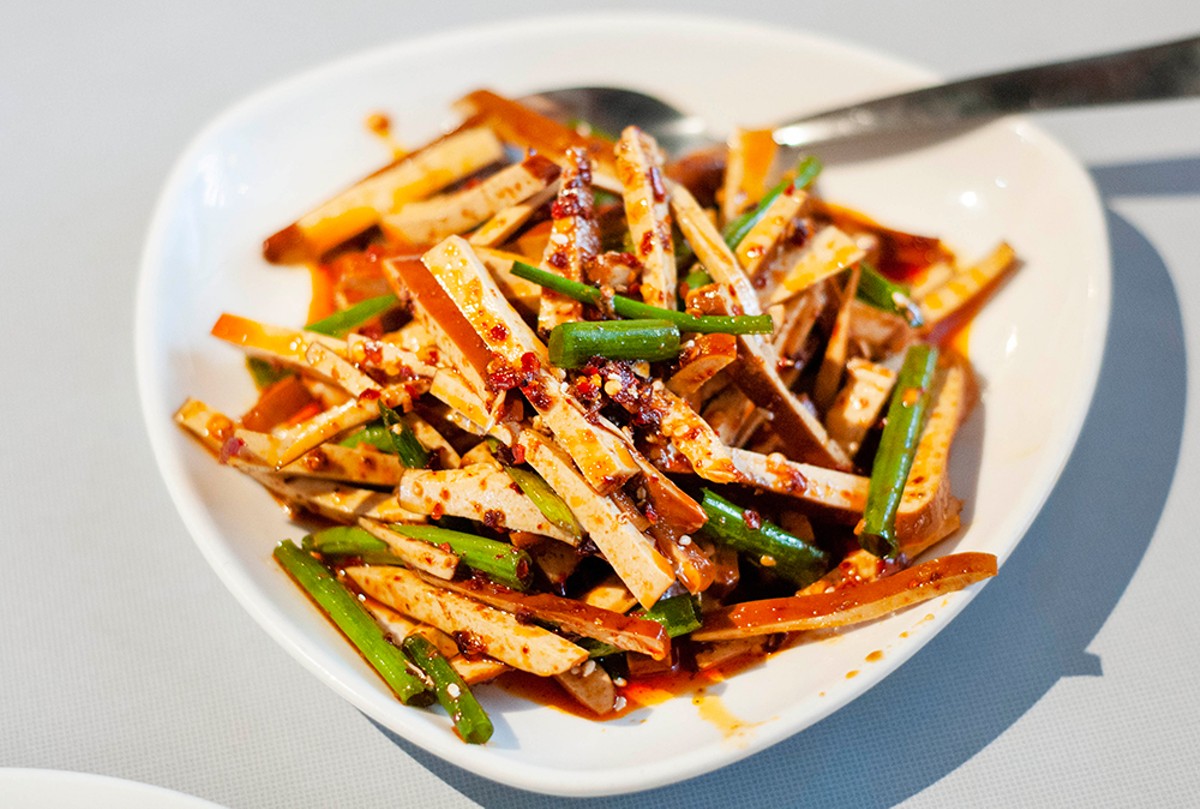 In metro Detroit, it's common knowledge among Sichuan heads that Trizest in Sterling Heights is the spot — but did you know that it has a sister restaurant that takes a similar approach, and also offers a long list of southwestern Chinese bangers? I didn't, and upon learning made it a priority to visit Lansing's Hong Kong.

The restaurant has been rolling for about 20 years in an unassuming building that appears to be a converted drive-in, and it seems that it's largely a word-of-mouth operation. New owner Na Zhang partly bought the restaurant and re-opened it after a temporary pandemic closure in October because she says it's an institution among Michigan State's Chinese students and teachers, as well as Sichuan devotees.

We learned from Zhang that Hong Kong and Trizest aren't alone. They're a part of a group of four southeast Michigan Sichuan restaurants with similar approaches and offerings — including Ann Arbor's Ypbor Yan and Ypsilanti's YP Sichuan — though each is independently owned and operated, like franchises. Their chefs train in Hong Kong's kitchen, each menu includes "American Chinese" and "traditional Chinese" sections, and the best bites are usually under the house special column that's part of the latter.

Among the plates we found on Hong Kong's menu (and not on Trizest's) is the salt miners poached beef, a dish with folds of tender meat, cabbage, onions, celery, and garlic in a fatty, viscous broth that buzzes with numbing and fiery layers generated by ample Sichuan peppercorns, chili oil, dried chilis, and garlic.

Also excellent is the Yibin spicy noodle. The bouncy noodles swirl with flavor from the salty, ground stir-fried pork, a coating of crushed dried chilis, chili oil, Sichuan peppercorn, green onion, and bits of pickled bean sprout that deliver garlicky, tangy and sweet flavor bursts. If the internet is to be believed, the Yibin noodles are served "dry" because the south China city's economy partly revolves around the Yangtze River, and the fishermen can't eat noodles with broth on their boats.

Even among the plates in which there is overlap between Hong Kong and Trizest, different chefs take different approaches, Zhang says, and even the same chef can make a dish a little differently each day, depending on their mood. Perhaps the chefs are frequently angry, because volcanic profiles in plates like the spicy dried tofu salad are common. It arrives with sticks of fried tofu that sponge up the pool of deep red chili oil, hunks of green onion and is made even more intense with layers of heat and flavor from Sichuan peppercorns, garlic, and sesame seed. 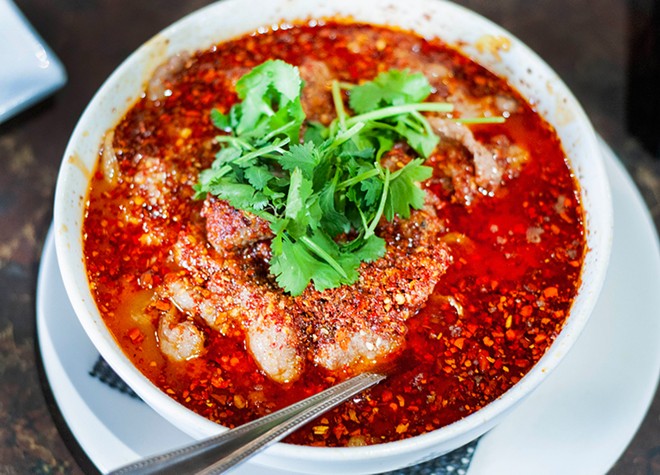 The spicy and sour cucumbers are similar, but the plate's contents are speckled with red chili flakes, bringing the heat a notch higher than "high." The cucumbers also add a cooling component, and the interplay among that and the dish's salty, spicy, sweet, and sour elements is what makes it. Hong Kong lightly mashes the cucumbers to help absorb the flavors, but there's still plenty of crunch, and Zhang says no metal knives are used in chopping or peeling the vegetable because it could alter the flavor.

For a respite from the heat, try the tea tree mushrooms and pork. The meat and shrooms are accompanied by a mix of tofu and jalapeño in a mellow but rich brown sauce that seems to be anchored with soy and brown sugar. Meanwhile, the long, slender tea tree mushrooms deliver pops of umami. Hong Kong's crispy eggplant in fragrant sauce offers batons of eggplant coated in a thick, soft crag, and the pieces are tossed in a slightly sweet and salty black vinegar-driven sauce. The spicy small plate chicken comes with nubs of bird on the bone that isn't as spicy as the name might imply. It's mixed with flat noodles, Sichuan peppercorns, chilis, and green onions, and there's an overarching floral component.

Zhang says she has ideas for growing Hong Kong, which during the pandemic donated food and did what it could to help struggling neighbors. The restaurant can be a vehicle for Chinese people in the area "to connect and contribute to society," Zhang says, and she also wants Hong Kong to change what she says is a broad perception of Chinese restaurants as lower-end eateries. Zhang's aim is for Hong Kong to improve that image, and, for my money, she has already succeeded. 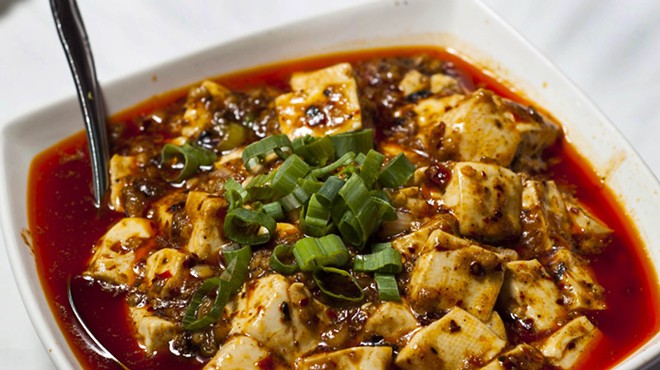 Review: Find the real flavors of Sichuan at Trizest