Review: Why Detroit's SheWolf is so hot right now 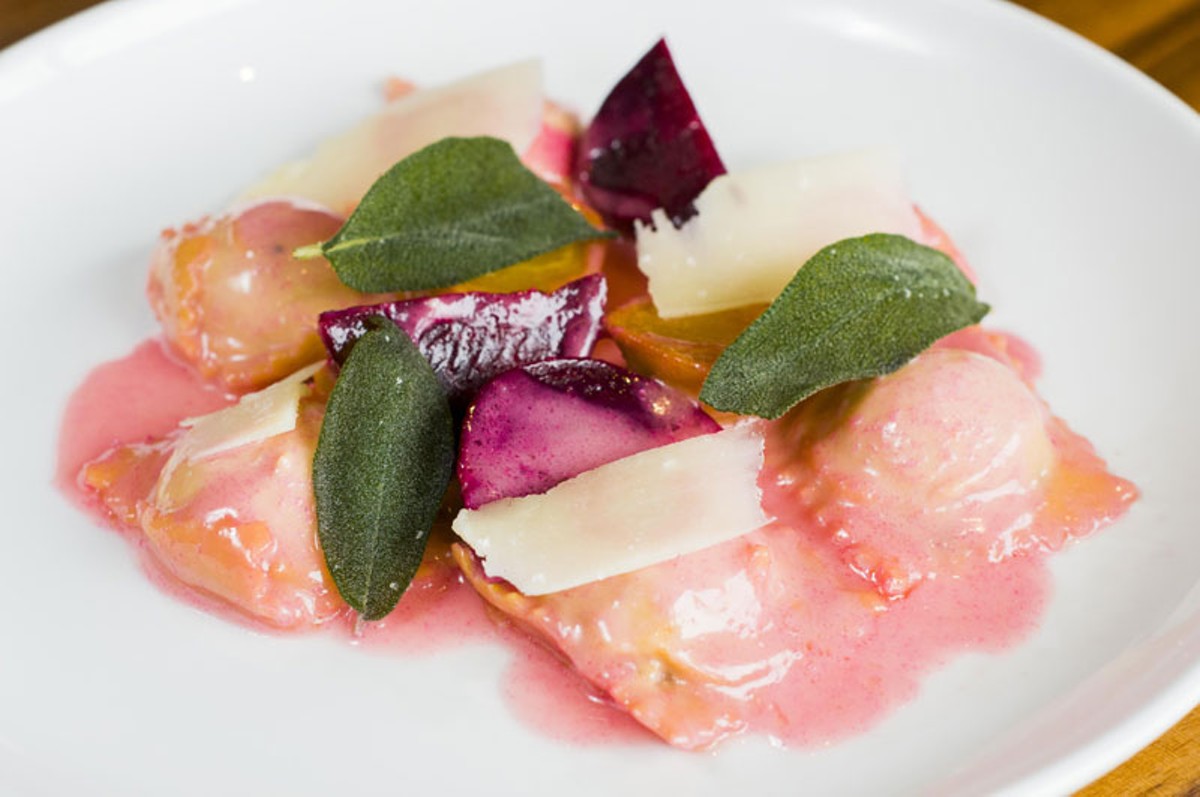 SheWolf is so hot right now it's hard to land a table. Last week you couldn't get a Friday or Saturday seat four weeks out, and on weekdays only at 5:15 p.m. or 9 p.m.

Could it really be that metro Detroiters are that excited about house-milled flour for their pasta? Do they know Roman cuisine, the specialty at SheWolf, as contrasted with Tuscan or Emilia-Romagnan? Or are they just familiar with chef-owner Anthony Lombardo's career at the stellar Bacco in Southfield?

Either way, it looks like hundreds are following him from the suburbs to his new Midtown building down the block from Honest John's, at the other end of the cachet spectrum. (Avert your eyes from the condo building next door, one of the ugliest new spaces erected in Detroit's construction boom, or probably anywhere.)

What sets SheWolf apart, Lombardo promises (trigger warning for celiacs), is its use of organic whole wheat milled fresh from the grain each day and then turned into pasta. Click the "community" tab on the restaurant's website to see the long and wide ribbons emerging from the pasta machine. The menu tells you whether your orecchiette and tagliatelle are made with Michigan Spelt, Michigan Hard Spring Red, Iraqi Durum, or Blue Beard Durum.

I did not overhear any fellow diners discussing the differences. Although Lombardo's food is mostly a triumph and service is superb, the overall experience is not so comfortable. The space seems purposely designed to amplify noise, with bare marble tables, storage shelves involving granite slabs in the middle of the dining floor, and a glass wine cellar. There's nowhere pretty to rest the eyes, except for the flower beds on the little patio. It's bare and bustling, a place to go for the (very loud) buzz; don't plan any tender moments here.

That said, Lombardo has a dramatic way with both silky pasta and its sauces. And here's an example of paying-attention service: One of our party members had mentioned she was a vegetarian. When the server brought the amuse-bouches, one of them had had the anchovy removed!

Those tidbits were on tiny crackers, akin to graham crackers, also made in-house.

Perhaps my favorite dish at SheWolf was bistecca ai funghi, a teres major steak with mushrooms sautéed to bring out the epitome of mushroom-ness. The generously sized cut is a shoulder muscle said to require skill to remove — we were glad Lombardo made the effort. Also excellent was grigliata mista — mixed grill — with sexy-sweet scallops, calamari, and one giant shrimp. The white bean salad on the side was a treasure, both lemony and spicy.

Also fantastic, if a bit sparse in number, were francobolli, which are very thin Tuscan-style ravioli with frilled edges, filled with ricotta and mild sausage. Carbonara was less interesting — rigatoni with not enough guanciale for this carnivore's taste. Yes, I realize you're supposed to appreciate the pasta for itself, especially here.

Side vegetables and antipasti are carefully constructed and large, contradicting the server's recommendation to order a dish from each column: an antipasto, a pasta, and a main course, which would be way too much food as well as a bank-breaker.

Barbabietole are roasted baby beets with blackberries and strawberries and a smear of goat cheese, not as sweet as it sounds. Caponata, served cold, is a tower of lightly charred eggplant. It's called "sweet and sour," and indeed the sweet pine nuts and the acid tomatoes work well. Branzino nero from the "Crudi" column was a disappointment — mostly beets and apples, very little sea bass, and what there was of it was lacking in flavor.

SheWolf shines at dessert. "Mixed berries" is usually a term meaning generic blah, but a big mixed-berry crostata combined the best blackberries and raspberries under a thick crust made with semolina and lardo (cured fatback). Hard to say which element was more delicious.

We saw pistachio and chocolate soft-serve gelato swirled together into a tower, but chose strawberry panna cotta served with bits of doughnut, peaches, and a drizzle of aged balsamic. A lemon semifreddo, with the texture of ice cream, was simpler and lighter, with a few blueberries.

SheWolf's Italian wine list is long and impressive, with 11 Champagnes and eight Italian bubblies by the bottle. There are bargains among the bottles as well as super-splurges. This may be the only restaurant in America where San Pellegrino costs less than Coke.

At the end of the meal one night, we were given a bag of house-milled whole wheat pancake mix to take home. Though the variety of wheat was unspecified, it did produce a good flapjack.