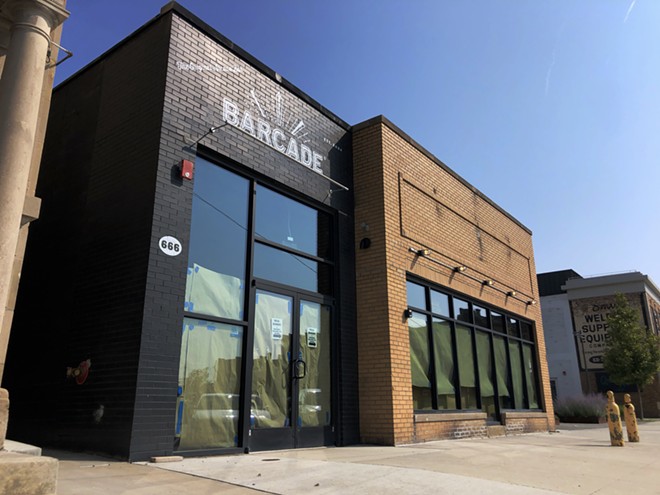 Steve Neavling
Barcade Detroit is set to open in Midtown later this month.

The new arcade plans to open on Monday, Aug. 23 according to the venue’s social media pages.

The New York-based bar and arcade (hence the name) first broke ground in Midtown in 2017 as a part of a $20 million renovation on the Selden Street corridor.

Founded in 2004, Barcade, which brands itself as the original “arcade bar,” opened its first location in Brooklyn, New York, with the idea to provide patrons with classic arcade games and American craft beer.

The expansion to Detroit will be the chain’s first location in the Midwest, and will occupy the former Smith Welding Supply Co. at 666 Selden St.

Born and raised on Detroit's Westside, Alex Washington is about as Detroit as they come. She judges your coney island order and serves a mean side-eye when anything across Eight Mile is called "Detroit." Her writing has been published in Real Detroit Weekly, The Detroit Free Press, Model D, BLAC magazine, and...
Scroll to read more Food News articles