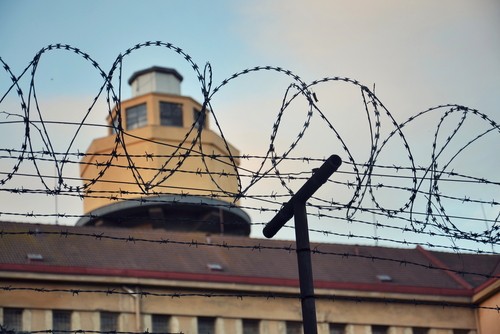 
A federal judge ordered a Michigan Department of Corrections' officer to pay an inmate $16,500 after it was found that the officer assaulted the inmate and attempted to cover up the incident.

Several other officers were also disciplined for taking part in the cover up, while the officer who committed the assault was suspended 15 days.

The January ruling stems from a 2013 incident in which an officer, who court documents refer to as “officer Sumeral,” kicked the door to a food slot that slammed on and seriously injured an inmate’s hand. The guard kicked the door after the inmate requested the guard use clean latex gloves to distribute bread, or allow him to grab the bread with his own hand.

After kicking the door, Sumeral called the inmate a “fucking Arab bitch.” 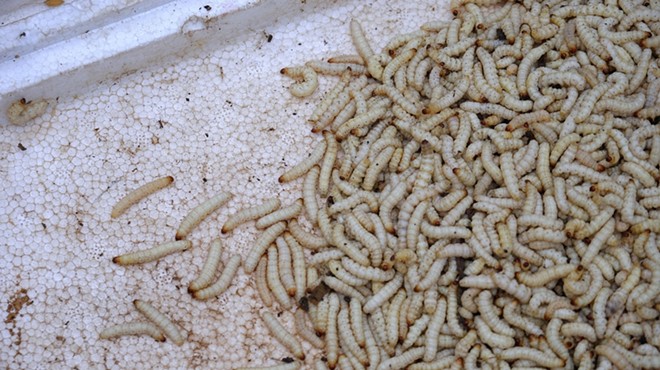 Attorney Dan Manville, who is director of the Michigan State University Law College Civil Rights Clinic, handled the case along with several MSU law students. The MDOC did not represent the officer in the case.

Manville says the incident occurred in a unit that houses mentally ill inmates in Adrian’s Gus Harrison Correctional Facility. Because the inmates are considered a danger, they’re housed in individual cells and officers hand them meals through a door slot.

Inmates are known to throw feces, urine, and blood through the slots or on the door and wall around the slot, Manville says, and corrections officers only provide inmates a sponge to clean the area. No disinfectant is provided, and inmates only use water from their cells’ sinks.

In a complaint filed with the court, Ali Muthana, who is serving a life sentence for first degree murder, states he asked Sumeral to provide bread that hadn’t been touched after Sumeral touched the housing unit’s other door slots.

Manville says Muthana and Sumeral exchanged words before Muthana reached for a piece of bread. Sumeral, who Manville says is around six feet four inches and weighs over 250 pounds, stepped back and kicked the food slot’s door shut on Muthana’s hand.

Muthana claims in his complaint that Sumeral then said, “I will break your hand you fucking Arab bitch.” Courtesy photo
A model of the prison door and food slot built by Manville's team.
Manville says Muthana’s hand swelled, and he needed to get medical treatment and an X-ray.

“This was malicious, vicious, and served no penological purpose,” Manville tells Metro Times.

That could explain why Sumeral and other guards worked to cover up the incident. In his critical incident report, Sumeral never mentioned he had kicked the food slot door shut, Manville says. Instead he wrote that Muthana had assaulted him by grabbing his arm, and Muthana was later found guilty of assaulting an officer.

Several other guards worked with Sumeral to cover up the incident, and one officer even attempted to move a camera so it pointed away from Muthana’s cell as the incident transpired. Manville says videotape shows the officer's face close to the camera's lens as he attempts to move it. 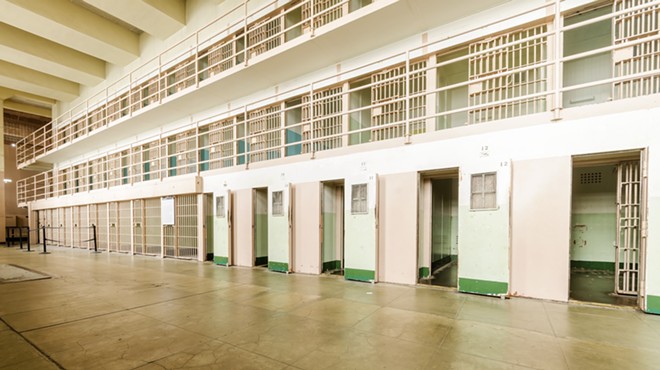 The incident came to prison authorities’ attention when supervisors overheard talk of it and launched an investigation. When an investigator asked Sumeral about the incident a month later, he changed his story to say that Muthana had only swiped at him, Manville says. But Manville argues that Muthana only tried to grab a piece of bread, and the video supports that argument.

Ultimately Sumeral was suspended for 15 days and a jury ordered $15,000 in punitive and $1,500 in compensatory damages.

“To me, what should have been more important was that Sumeral falsified the report,” Manville adds.

The case is one of around 25 that the Civil Rights Clinic handles annually since it launched seven years ago. It’s a partnership between the U.S. District Court for Eastern Michigan and MSU law school that was designed to ensure that the civil rights of incarcerated individuals and others are protected or complied with. It’s led by Manville and staffed with eight to 10 law students who spend a year at the clinic working cases in federal court. 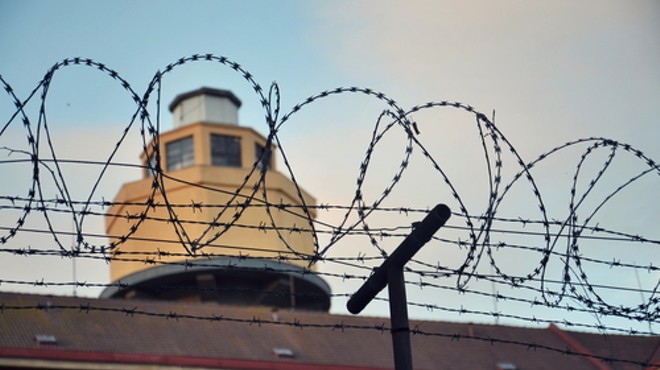 The clinic is handling or has handled a variety of cases. Among those are a lawsuit brought against private food vendor Aramark and the MDOC for failing to provide Muslim inmates with enough food during Ramadan; a case in which a doctor for private medical service provider Corizon is accused of sexually assaulting inmates; and a case that will likely turn into a class action lawsuit that asks for better dental service for those in the prison system. The clinic also handles the occasional civil rights cases outside the legal system.

Amanda Esparza is one of the law students who litigated the Muthana case. She’s a second year student who hopes to work in the U.S. Attorney’s Office, and says that the video evidence is what made their case so strong.

“We talked to the jury afterwards and one of the first things I asked was ‘What swayed you?’ and everyone said it was the video evidence. Even though the suit was only against that guard, it showed his buddies trying to cover it up, and all those guys who were looking on and did nothing except try to cover it up,” Esparza says. “The jury wanted to send a message that guards can’t treat people like that.” 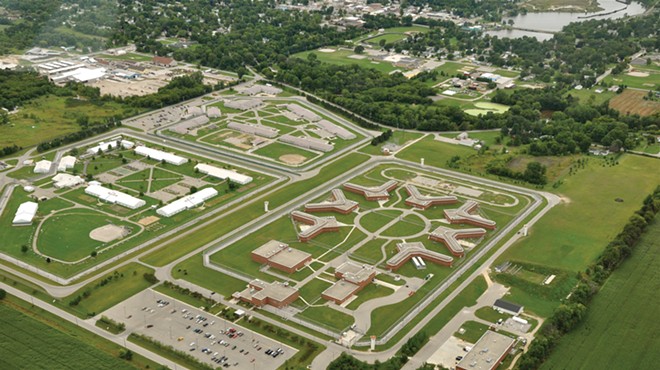 MSU law student Rachel Bouwma worked on the case with Esparza and Manville. She’s a former MDOC officer and says that she was “astonished” by the incident.

“Officers’ job isn't to punish prisoners like this,” she tells Metro Times. “It’s to keep them in line and to make sure they’re following the rules.”

“That’s why I fought so hard for Muthana — I thought it wasn't OK,” she adds. “During the trial it was apparent that the officer didn’t care, and it’s sad to see that because I know a ton of good officers who wouldn’t do anything like this … because they respect inmates, because that’s what we’re taught to do.”

However, some will argue that inmates — especially those who are violent offenders — lose their rights once they commit a crime.

“It doesn't matter. They still have constitutional rights, and it’s a misconception that they don’t because, ‘Well they did something wrong,’” Esparza says. “I don’t believe in that argument. They’re still people, they’re still human, and there was no need for a guard to be kicking a metal food slot on Muthana’s hand.”

Bouwma adds that the inmates appreciate the assistance.

“You could see how much it impacted [Mutahna] because after the trial finished, he couldn't stop smiling,” she says. “He was just so happy people were fighting for his rights, because a lot of the time people don’t fight for prisoners’ rights.”

(Correction: The MDOC was not ordered to pay $16,500 as an earlier version of the story stated. The MDOC declined to represent the officer, and the officer had his own legal representation.)