The bar and music venue is under new management from the Detroit Shipping Co. 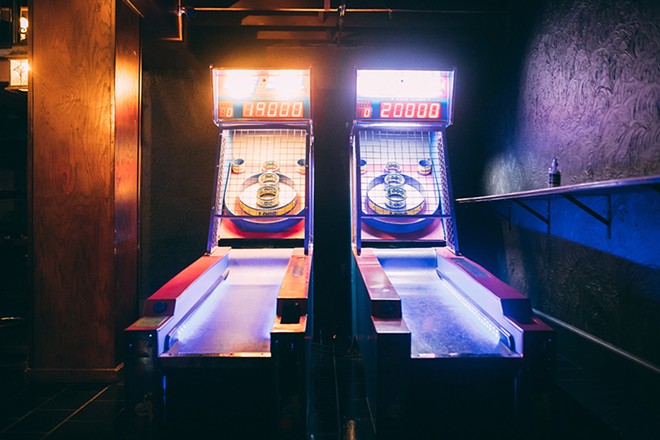 After some delays, Hamtramck’s long-standing New Dodge Lounge has reopened under new management this month, with updates that include the addition of arcade games and plans for entertainment most days of the week.

The bar switched hands earlier this year, and is now run by the management team behind the Detroit Shipping Co. food hall. Management previously told Metro Times that they initially hoped to open in August, but now say they were waiting for final approval from the Michigan Liquor Control Commission, which was just granted last week.

The bar will now be open nightly Friday, Saturday, and Sunday, with plans for a grand re-opening on Saturday, Oct. 22. After that, it plans to hold hours from happy hour to close, “six or seven days a week,” co-owner Jonathan Hartzell tells Metro Times.

“We’re getting all of our live music set up, because we’re going to start doing music Thursday, Friday, and Saturday nights,” general manager Erica Markoff says. “Our goal is to do something fun every single night of the week. So we’re doing a service industry night, we’re working on getting karaoke together, and a couple other things like an open mic and stuff like that.”

They say they plan to start booking local artists to perform soon, and plan to make upgrades to the bar’s stage and sound system in the coming years.

In the meantime, the bar underwent a “thorough” cleaning, which included a new paint job. They also changed the open seating area in the back of the bar into an arcade that includes a handful of arcade games, as well as skee-ball and pinball.

Other changes include reupholstering some furniture and upgrading TVs. Hartzell says he was inspired to run a business in Hamtramck because his great-grandfather lived in Hamtramck, and he’s in the process of getting vintage family portraits installed on the walls. 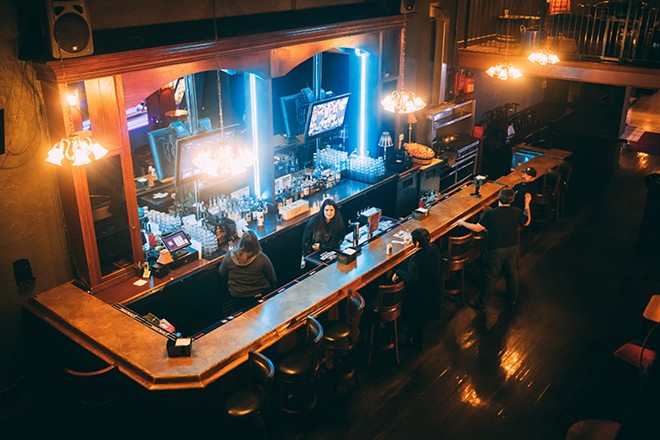 Viola Klocko
The New Dodge Lounge has been renovated.

“We’ve got a lot of family photos up there that kind of tell the story of the transition of Hamtramck over the last, you know, 120 years,” he says.

As a soccer fan, he also wants the bar to cater to fans of the Detroit City FC soccer club at nearby Keyworth Stadium. He says he’s in talks to host DCFC’s end-of-the-season party, and also has plans to host an exhibition of work from the team’s official photographer.

He says they plan to also host other rotating visual artists on the walls, similar to what they do at Detroit Shipping Co.

There are also plans to upgrade the bar’s kitchen equipment, but in the meantime it has agreements with nearby Amicci's Pizza and Yemen Cafe, which will deliver to the New Dodge Lounge.

“We’d love a happy hour crowd, people hanging out, watching sports while playing video games, have a few drinks, and then roll into our music and other activities nine o’clock till close,” he says. “There should be programming almost every night of the week, so you can come in here and have some experience.”

He says they plan to host music of all genres.

“We’re really starting to learn who the good bands are and who’s really worth having and booking,” he says. “But we’re open to everyone applying, and, you know, hosting over the next six months the best that Detroit’s got.”

Leyland "Lee" DeVito grew up in the suburbs of Detroit, where he read Metro Times religiously due to teenaged-induced boredom. He became a contributing writer for Metro Times in 2009, and Editor in Chief in 2016. In addition to writing, he also supplies occasional illustrations. His writing has been published...
Read More about Lee DeVito
Scroll to read more Drink News articles