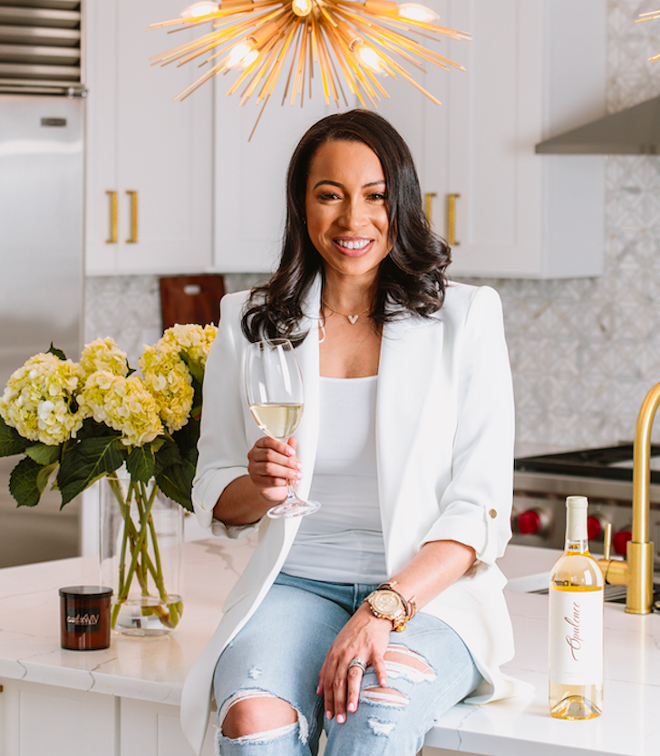 When Michigan native Dr. LaToya Thompson first began learning about wine, it was to curb her own curiosity about how grapes made it from the vine to the bottle. Wine was more than an after-work wind-down, and learning about it became a hobby, one her husband took notice of and suggested she find her way into the business.

“My husband is the entrepreneur, he’s a business person, and he said to me ‘we spend a lot of money on wine, we need to make money off of this,” says Thompson. “He was just like ‘let’s look into it,’ and everything just fell into our laps.”

From that conversation, Thompson, who is a physical therapist who specializes in sports medicine, began to take steps to turn her hobby into a business. She connected with a Napa Valley winery, learned how to obtain the proper liquor licensing, and even enlisted her sister, who happens to be a lawyer, to help her with the legal side.

While Thompson did much of the leg work herself and continues to be involved with all aspects of her business, she did get help from another local wine woman. 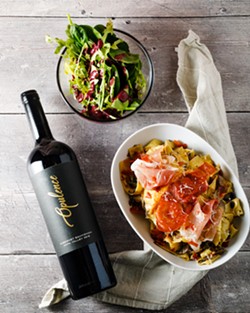 “I really didn't have a lot of people showing me the way on the business side,” Thompson says. “Regina Gaines at House of Pure Vin has been pretty significant in supporting and helping on her end, as far as people talk to and what different avenues to go into.”

In 2017, Thompson began the journey to creating Opulence Wine and after nearly five years, the brand is set to launch with the release of two wines: a cabernet sauvignon that retails for about $52 and a pinot grigio that retails for around $26.

When it came to naming her brand, Thompson wanted the consumers to feel that they were having a truly luxurious experience. She says in the African American community, luxury is sometimes a thing that is hard for most to enjoy fully and comfortably.

“In the African American culture we tend to sometimes shy away from luxe things or it’s a disconnect of what we should have and deserve; that we shouldn't have these nice things because we're Black or people of color,” Thompson says. “I don't think that's necessarily always fair, even with the wine industry, we're forging through as people of color in this line of business but definitely it's not an easy feat.”

Though Opulence Wine is set to officially launch on Oct. 7, Thompson is already thinking about the future of her wine brand. She expects to release a red blend later this year and hopes to release a sparkling wine in early 2022.

Born and raised on Detroit's Westside, Alex Washington is about as Detroit as they come. She judges your coney island order and serves a mean side-eye when anything across Eight Mile is called "Detroit." Her writing has been published in Real Detroit Weekly, The Detroit Free Press, Model D, BLAC magazine, and...
More
Scroll to read more Food News articles
Join the Metro Times Press Club