Detroit’s Monarch Club is a room with a view 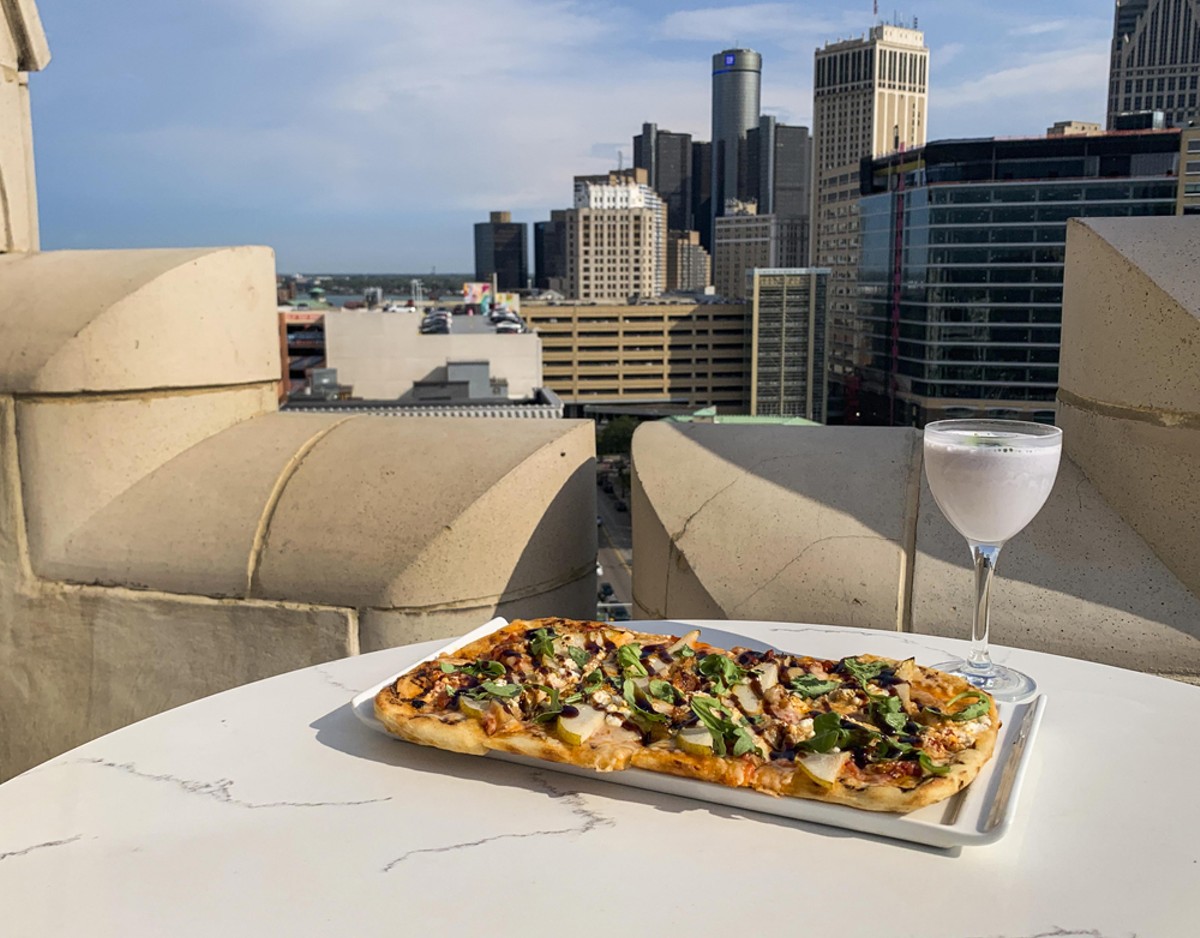 That view, though. Tom Perkins

The rooftop Monarch Club is a blast, and if it's a bit pricey, it's no pricier than a lot of other downtown spots that don't have an eye-opening view. The PR pablum on the Club's website ("where refined relaxation meets the mystique of rediscovered grandeur") is at least accurate about "views of a downtown metropolis that is at once familiar, yet strikingly new." Forgive my oh gosh naivete when I say that everything looks different from on high.

From one of the Club's three terraces you can see the Detroit Athletic Club, the Fox, 36th District Court, the Guardian Building, our three stadiums, and a host of other landmarks — all somehow taller and more varied at eye level than they look from below. A downtown to make us proud! You can also see how the tops of many buildings are just utilitarian or plain ugly, but surely gentrification will soon take care of that.

All this takes place on the 13th floor penthouse of the ravishing 1925 Metropolitan Building, also known as the Jewelers' Building, with its ornate facade of terra cotta, granite, and brick, previously empty since the late 1970s and subject to much graffitification. (See the website for before-and-after photos.) Since January the building has been the Element hotel. Notice the carvings in the lobby.

Patio seating is plentiful, and for now each terrace has a fire pit. The terraces will remain accessible for gazing even when it's too cold to sit outside. Diners can also contemplate from the windows of the indoor lounge — which is inviting itself, with its curved rose-red sofas and scattered high-tops, more of that "refined relaxation."

The nine-item menu is a mix of trendy (cauliflower steak) and comfortable (meatballs), and of fine and terrific. I liked best a pizza-like flatbread topped with arugula, Italian sausage, and a little marinara, garlic confit, goat cheese, fontina, a drizzle of balsamic and best of all, roasted pears. Pears are unsurpassed. Also satisfying: the Monarch version of poutine. I realize that poutine can be anything you say it is, but this hot mess contains neither cheese curds nor gravy but a lot of stretchy cheese over tater tots, with the putative burnt-end brisket barely in evidence. Over the top for comfort food.

Brisket did better in some sliders on buttery brioche with crunchy pickled cabbage slaw — little sign of the advertised pineapple mustard aioli. Tamari chicken wraps were hard to eat — the wrap was lettuce — but worth it for the rich umami of the bird.

A serving of roasted black and green olives was king-sized — enough for four — but I decided that olives have more flavor at room temperature. The big cauliflower steak was too soft, but came with a great nutty salsa verde.

Meatballs with marinara were ordinary but served with a fantastic Parmesan cracker.

From the short beer list, my friend chose the one with the most intriguing name: 6% ABV Left Hand Nitro Milk Stout. Turns out both the nitrogen and the lactose sugar (the "milk") that's added during brewing smooth the beer out, so there's little carbonation and little hoppiness. It may not really taste like "milk chocolate fullness," but it is flowing and velvety. The wine list is California-dominated and topped with some pricey bottles. I liked a mellow Argentinian Cab that not coincidentally was the cheapest glass at $8. 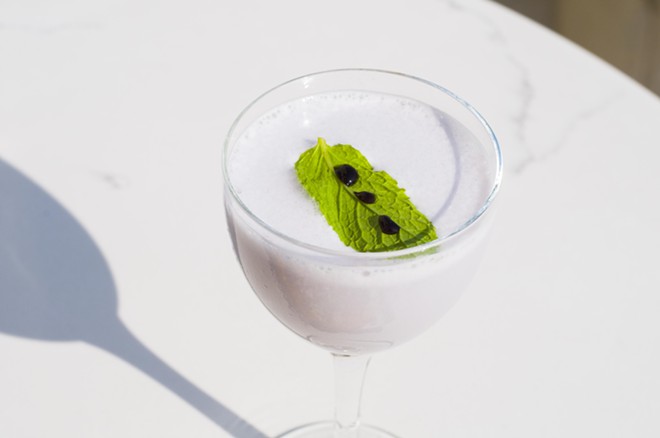 But if you want to follow the Monarch owners' lead and hark back to the Metropolitan's glory days (they seem to think the lounge "exudes old-school intrigue"), you'll order cocktails. The first page of drinks is indeed mainly old-school — old-fashioneds, sidecars, martinis, and daiquiris (lime, not strawberry) — and the second is where the mixologist spreads his or her wings. Greek yogurt, of all things, finds its way into the Violette Tendencies cocktail, along with aquavit and crème de violette. For a Skeleton Key, the bartender floats Angostura bitters atop bourbon and ginger syrup, a nifty trick. El Jimador is infused with serrano peppers and mixed with mezcal and passionfruit syrup for El Diablito. You get the idea: combinations it took a lot of sampling to come up with, and more power to the samplers.

I enjoyed Fever Dream in a Mexican Airport far more than I would have enjoyed the same IRL — tequila, Ancho Reyes (a liqueur from ancho and poblano chiles), crème de cacao, and lemon. It wasn't aggressively spicy, nor was it chocolatey; just pleasant and kind of small.

The Monarch Club takes no reservations, and it's all open seating; grab what you can without guidance or interference from the waitstaff. But put down your distraction and look around!