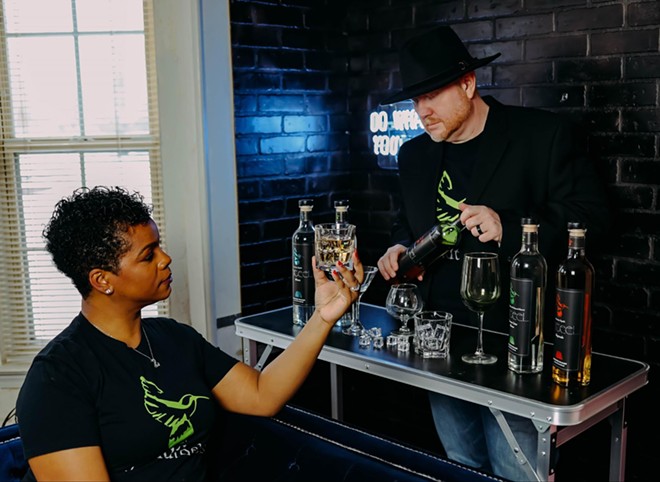 Anteel Tequila is believed to be the nation's first U.S. tequila brand to be partially owned by a Black woman.

The company was co-founded in 2018 by metro Detroiters Nayana Ferguson and her husband Don, who were looking for a new adventure after being "in the corporate world for over 20 years," says Ferguson, who was born and raised in Detroit and is a graduate of the Cass Technical High School.

When they decided to start a tequila company, they found a distillery to work with in Mexico.

"It took about 11 months to get from the idea to the bottle actually in our hands," Ferguson says.

The tequila is made from the Blue Weber Agave plant, and harvested at seven years.

While it is a Michigan brand, everything is bottled and produced in the Mexican distillery, Destiladora del Valle de Tequila.

The company was originally named "Teeq" Tequila (an acronym: "Tequila of Extraordinary and Exquisite Quality"), but they changed the name last year to Anteel, which is a type of hummingbird.

The first drinks to be released were the Anteel Reposado Tequila and the world’s first and only Coconut Lime Blanco Tequila, infused with the natural flavors from coconut and lime. Ferguson says the aim was to make a "cocktail in a bottle."

Ferguson says you can drink the Coconut Lime Blanco by itself or mix it with juice. Since it’s completely natural without most synthetic flavors that most alcoholic drinks have, it’s not sweet. Instead, the flavors resemble the natural taste of coconut and lime, making it easier to drink alone.

In 2019, they released their third offering, the Anteel Blanco Tequila. Ferguson says consumers tell her this is the "smoothest tequila on the planet."

Since launching, Anteel Tequila has expanded to more than 420 locations in Michigan, and has been shipped to 30 states that have online ordering for alcohol.

In March 2020, Anteel Tequila was honored with silver and bronze medal awards from the San Francisco World Spirits Competition.

Ferguson says Anteel Tequila can be found at most major local markets such as Plum Market and Kroger, as well as provide a store locator on their website.

"As we continue to move forward and people are commenting that they love our products, that they tell people about our products, and buying multiple bottles, that's something that is very rewarding," Ferguson says. "It's like our baby, it's our kid, and people actually like it."