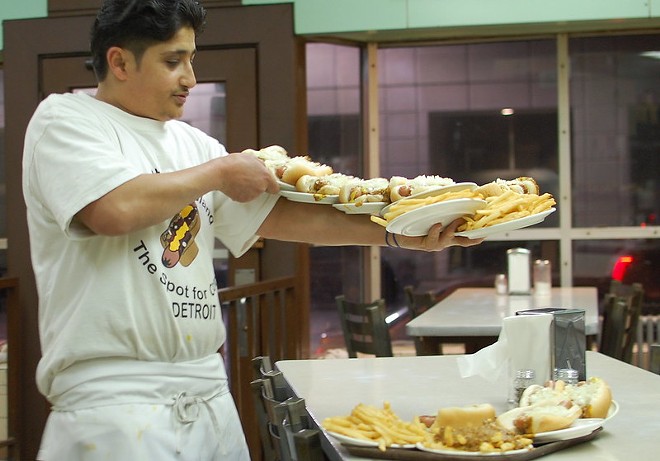 jdolenga, Flickr Creative Commons
Council member Scott Benson trashed Lafayette Coney Island as an example of why the ordinance should have been passed.

Is Detroit ready for a color-coded system alerting potential diners whether restaurants are up to code with the health department? The answer is a resounding “nope.”

During the public comment period, more than two dozen residents and restaurant owners spoke against the ordinance, which many felt would hurt local businesses and serve as a sort of “scarlet letter.”

If it had passed, Detroit restaurants and food trucks would have been required to place a placard in their window showing the results of their most recent health inspection. The idea was something similar to New York’s food grading system with color-coded signs replacing A-B-C grades.

A green card would indicate a restaurant passed, yellow would mean the business had some issues, and red is for when they’ve been ordered to shut down by the city.

Benson trashed Lafayette Coney Island as an example of why the ordinance should have been passed.

The coney failed an inspection when rat poop was found onsite, but quietly continued service without resolving the infestation and was ordered to shut down. They’ve since cleaned the place up and passed a follow-up inspection which allowed them to resume business.

“They shut down for three hours, opened right back up to sell chili and other items on their menu knowing they had a rodent infestation, which means you’re serving people rodent urine, urine feces, and rodent hair,” Benson said. “I know that there are dozens, hundreds, and thousands who take great pride in the food that they serve, but not everybody does and when they don’t, then the residents are the victim… This ordinance is one thing that ensures transparency.” 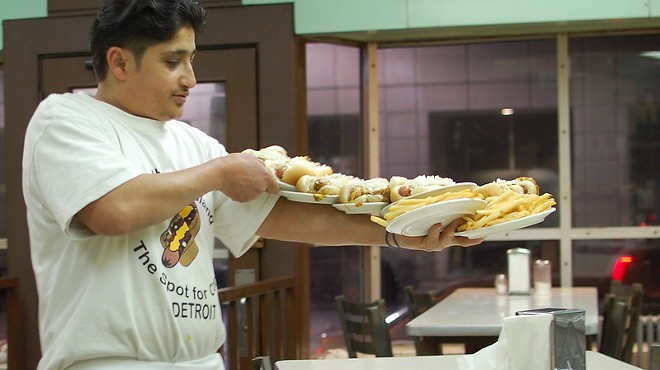 Detroit’s Lafayette Coney Island reopens after health dept. closed it for more than a month: The iconic diner was ordered to close after a viral video showed a rat infestation

Council member Gabriela Santiago-Romero stood with concerned restaurant owners who are still recovering from the effects COVID-19 had on the food industry.

“While I think this ordinance has the right intentions, I believe it’s not the right time,” she said. “Restaurant owners say they need support from funding to [food handling] training, to better and easier licensing and permitting processes…. This is still the ecosystem that they work under. I want us to focus on what they need before we ask for additional pressure from this ordinance.”

The council stalled voting on the food safety proposal for nearly two months and it was revised before they finally struck it down.

The revision included the addition of a QR code that potential diners could scan to get more information on why the restaurant received a particular rating.