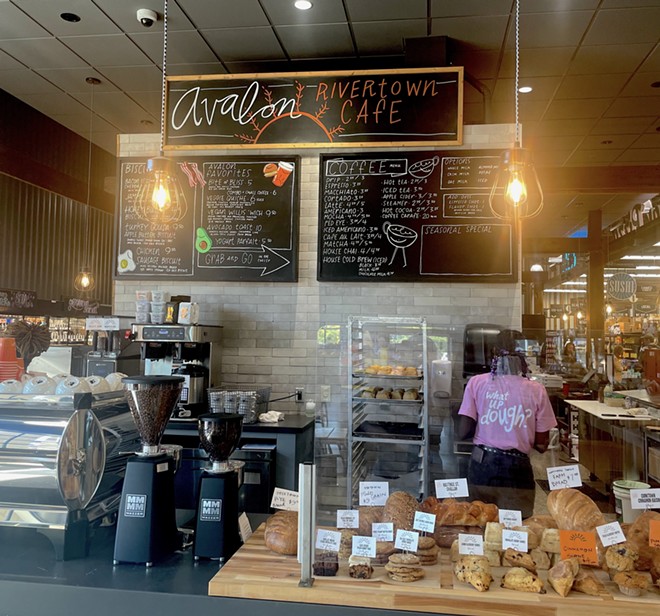 Avalon Bakery has a new cafe inside Detroit’s Rivertown Market.

The bakery opened its latest location Wednesday morning, serving coffee and Avalon favorites like the Bite of Bliss and Vegan Willis 'Wich along with cookies, bread, and other pastries.

It also has a "biscuit bar" with its popular breakfast biscuit sandwiches.

Rivertown Market sells several packaged Avalon products already, but those fresh biscuits are some of the best we've ever had.

While exciting, the news is bittersweet. Avalon replaces the supermarket’s Great Lakes Coffee stand, which closed for several months while employees went on strike and fought to unionize.

Great Lakes Coffee baristas withdrew their union efforts back in August after the company closed several stores, including the Rivertown Market location.

“While we are disappointed and heartbroken, we are grateful for all who have stood with us, for your solidarity, love, and support,” the workers said in a statement at the time. “We’ve been on strike for over 150 days, & all of us have had to find new jobs. Our resources, time, and energy need to be cared for in order to stay in the fight for workers’ rights.”

The strike began in February shortly after a lack of COVID-19 protocols led to an outbreak at the coffee chain’s Midtown location on Woodward Avenue.

Employees said they were overworked and fighting for a starting wage of $15 per hour, affordable health insurance, anti-harassment and anti-discrimination protections, and paid time off among other things.

Rather than meet those demands, the owners closed the Midtown store indefinitely, and the building still sits shuttered with a “Great Lakes Coffee” sign hanging outside.

The Avalon Cafe inside Rivertown Market will be open daily from 7 a.m.-4 p.m.