A crossroad of flavors: Casablanca, Michigan's only Moroccan restaurant 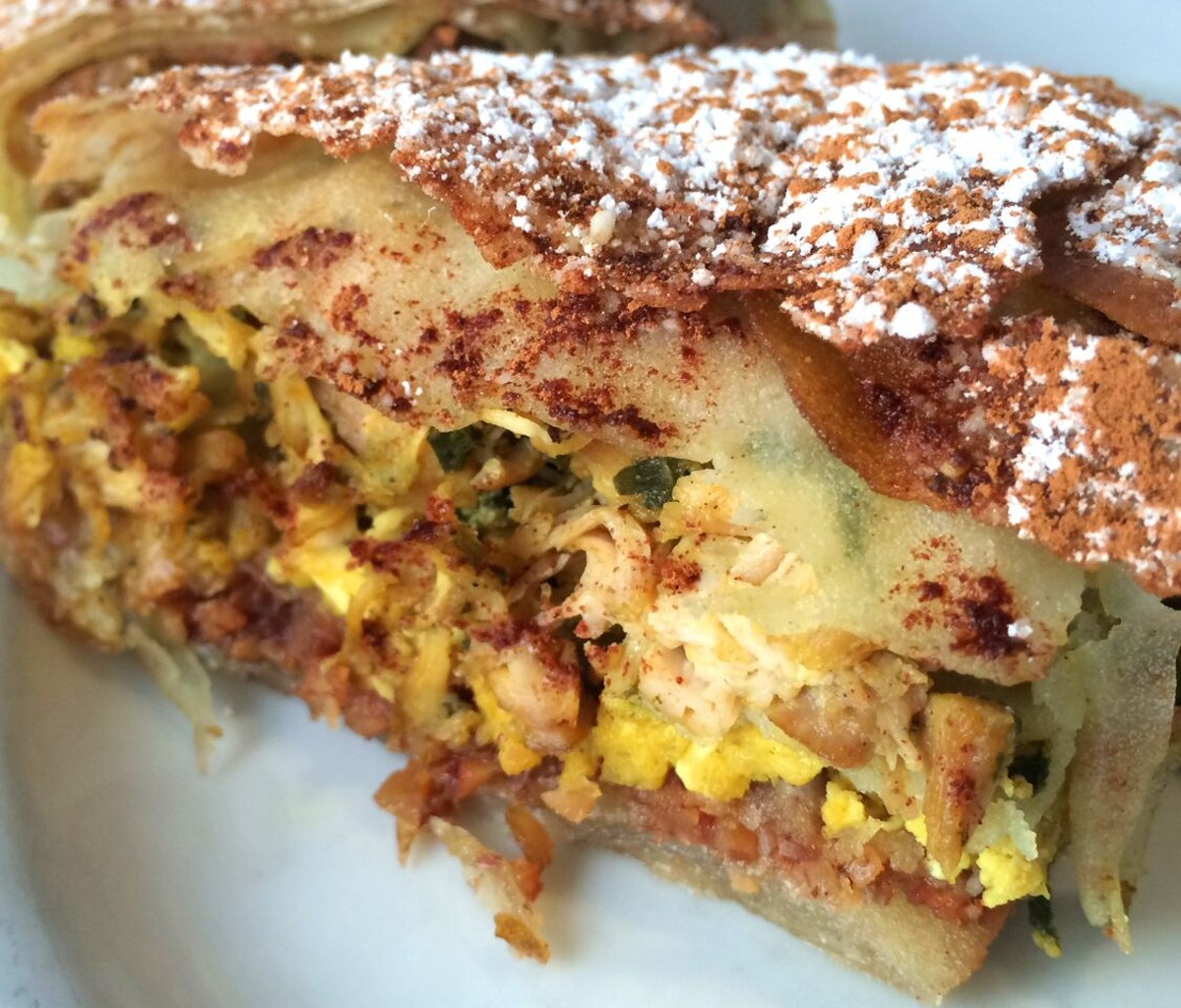 So went a half-dozen conversations when I told friends familiar with the Ypsilanti/Ann Arbor area about the new Moroccan restaurant — and the only in the state, according to its owners — I would be checking out on Washtenaw Avenue in Ypsilanti Township.

The location has a reputation, and Casablanca is, indeed, in a former Taco Bell that slung its last 7 Layer sometime in the mid-'90s but has over the last two decades housed several eateries offering unusual options for Ann Arbor's outer ring. And they all have been good, if doomed, for one reason or another. First there was Cosmic Garden and its hippy-veggie fare. Al Noor followed soon after, beating the wave of Mediterranean restaurants that followed La Shish. Despite its comical service, it introduced me to truly good hummus. Most recently Blue Wolfe nailed the fresh and local angle, but couldn't survive serving $15 dishes in a blue-collar neighborhood.

Casablanca continues the tradition of presenting new ideas in the old Taco Bell, though I suspect this could be the one that survives, as it's the first complete and professional package to open there.

But, most importantly, they roll better dishes out of the kitchen than any of the previous tenants. Morocco is a cultural crossroads and that's reflected in its food with identifiable elements of Iberian, Mediterranean, North African Jewish, and Berber cuisine. Sweet and savory is the name of the game in Morocco and the country is proud of its breads, so it made sense to start with the appetizer portion of the bistilla, a national dish of layered phyllo, saffron-sauteed chicken, omelet, and almonds fried in orange blossom water subsequently mixed with honey. The cake-like dish is then generously topped with cinnamon and powdered sugar.

Like in the bistilla, most Moroccan cuisine draws from the extreme ends of the sweet and savory worlds. Expect ingredients not typically sharing a dish like cinnamon, cumin, turmeric, ginger, powdered sugar, paprika, and saffron to be mixed in with raisins, vermicelli, garlic, couscous, almonds, and lots and lots of olive oil.

While sweet and savory isn't typically the first direction I turn, a few bites of the moist bistilla put my fears of powdered sugar with saffron chicken to rest.

Also ahead of our entrees, we asked for two baskets of Moroccan wheat bread to dip in the harissa appetizer. The sauce is the color and consistency of thick tomato paste but provided the biggest flavor of anything we ordered with its dried chilies, garlic, olive oil, cumin, caraway seed, and preserved lemon. The chilies, salt, and preserved lemons all vied for the most attention, and that is more than fine by me.

The seffa mdfounda entree followed the Moroccan flavor script with saffron and herb-sauteed chicken that Casablanca mixes with sautéed onions, raisins, honey, and vermicelli, then coats with cinnamon and powder sugar. The use of ghee in cooking the chicken was a surprise and my first experience with it in a dish native to a country west of India, though it makes perfect sense in nutty and aromatic Moroccan cuisine.

As in the harissa appetizer, the preserved lemon played a role in many of the 10 Moroccan entrees Casablanca offers, including the chicken tagine with olives I ordered. A tagine, we learned at the table, is a cone-shaped, earthen cooking pot native to Morocco. Mine arrived holding half a chicken on the bone cooked with saffron and other aromatic herbs and contrasted by a heavy preserved lemon presence. The chicken came on a bed of rice mixed with sauteed onions.

The menu offered several good options for one of my vegetarian dining partners who chose the vegetable tagine. It arrived with large chunks of roasted red pepper, onion, sweet potatoes, carrots, tomatoes, zucchini, parsley, and cilantro along with the most kick of any dish provided by a red chilie pepper sauce.

Each entree — the tagines were around $12 and the seffa mdfounda $17 — came with soup or salad. We all asked for soup. My co-diner seemed impressed by the crushed lentil, which he said was better than most. While the tomato-based harira came heavy with aromatic herbs to flavor its mix of lentils, chickpeas, and vermicelli, it wasn't quite as flavorful as everything else, but worth trying.

For drinks, we ordered coffee. My co-diners own a roasting company and find most Arabic-style coffee is either made with lousy beans or not prepared well, but Casablanca made their version just right.

The menu also offers traditional Mediterranean dishes like schwarmas and shish tawook. We stuck with the new-to-us Moroccan flavors, though we did attempt to order the tabbouleh because the menu listed it with pomegranates and without tomatoes. That led us to believe we were ordering a pomegranate-driven Moroccan version of tabbouleh, an exciting prospect to a tomato-hating dining partner.

Unfortunately the tabouli arrived without pomegranates and with tomatoes. When we brought that to our server's attention he explained it's made with pomegranate juice and didn't really offer an explanation on the tomatoes.

The server took the plate back and didn't charge us. We appreciated that though we confirmed the menu didn't include the word "juice" after pomegranate or many main ingredients in the dishes. So if there's something on a personal "do not eat" list, be sure to inquire.

Overall the service gets high marks and the food came out at a reasonable pace and in the right order, though it wasn't a challenge with only 10 other guests dining at the dozen or so tables. (Strangely, a group at one table was holding an intervention.) The interior is sparse, comfortable, and clean, done in the blue and white of the Moroccan flag or the country's sea and sand.

Owner Abdul Mani is the former manager at the popular Ali Baba's in Ann Arbor and said he and his wife, Kimberly Blevins, had their eye on this location for several years because of its proximity to large employment centers in Ypsilanti and Eastern Michigan University. Owners of the previous ventures that failed in the location banked on the same idea, but, aside from serving better food, Casablanca could also benefit from its timing — Ypsilanti's dining scene vastly improved in recent years and the area is filling with Ann Arbor expats as it becomes increasingly hip.