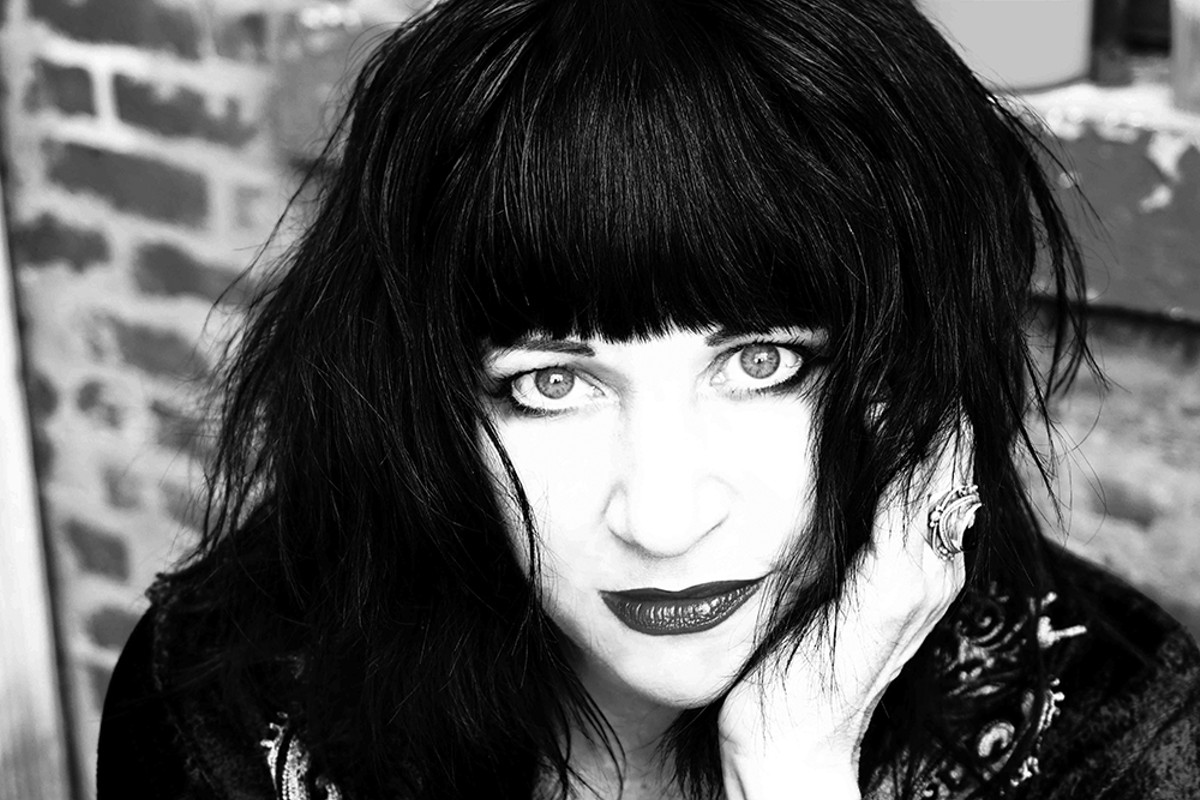 Actress, performer, and third-wave feminist Lydia Lunch sounds lively and discursive, practically melting down the phone wires from Brooklyn on a weekday afternoon. In her raspy voice, she tries in vain to wrap up all that has changed since she came stomping straight into the heart of downtown New York's "no wave" scene at 16 in the mid-1970s.

Back in the 1980s, she had lived in Brooklyn's DUMBO neighborhood when there were few neighbors. "Imagine my feelings," she says. "There was nothing but Jehovah's Witnesses, the projects, and me. And the last time I was there, maybe three or four years ago, now they're having poetry readings at Gleason's Gym — and chocolaterias!"

It's the kind of change she's discussed here in Detroit before: In a talk at MOCAD she said much of the Motor City today compares favorably with old New York. Of Detroit, she says, "I think there's a lot of creative things going on there because people can afford it ... because it's one of the only places you can afford to live at this point."

These days, she's in Park Slope, she says, in an apartment she just lucked into, where she mostly keeps to herself, pretending she's not in Brooklyn. "I go on tour or I stay in the house," she says. "It's ugly. Too many baby strollers." By all accounts she had a pretty tranquil home in Spain for many years, but a variety of forces conspired to bring her back — her collaborations, the apartment, and the rise of Donald Trump.

"I didn't like where I knew this country was headed when I left and moved to Barcelona for eight years, and here we are, exactly as I have always been predicting," she says. "I had to come back to America because I'd run to a country that was 30 years out of the fascism that was starting here, and it was just proliferating so rapidly. As it becomes a prison planet, with the U.S. being the cops of the world, I can't not be here right now, because I'd still be obsessed with this bullshit."

In fact, with anti-Trumpism as a rallying point, the #MeToo movement on the rise, and free speech issues bubbling over on campus, Lynch's hot takes haven't been more relevant in years.

"I mean, it's no different from what I've always been rat-a-tat-tatting about," she says. "My first spoken word piece was called 'Daddy Dearest.' So I came right out of the gate with this. I've been complaining about the patriarchy for 40 fucking years."

"What I don't like is that the people that were getting the most attention for talking about it were basically high-paid call girls which go into a profession which isn't necessarily acting. It's celebrity. ... They set themselves up in a field that they know is dominated by ignorant, misogynist, sexist, violent, assholes. Why did it take so fucking long? Because they were in the game to play the game to win the game, and with their million-dollar paychecks."

But clearly judgment day for male predators gives Lunch a lively glee. "I'm glad Cosby went down, honey, oh, yeah!" she says. "But, again, how long does this fucking take?"

For Lunch, fairness prevails when conflict and shock fly in all directions. "I've been on that mountain a long time," she says. "I didn't make a million dollars from it. At the level that I create at, coming out of no wave, I didn't feel any sexism there. They feared me! There were women doing everything. It wasn't an issue. We were fresh off the sexual revolution. We were harassing them, they weren't harassing us."

And mention "trigger warnings" or "safe spaces" to her and she starts to groan and shudder. "I have had a few outbursts at university panel sessions that have nothing to do with trigger warnings and safe spaces," she says. "I got up and did a little fucking speech about that which terrified everybody under 30 — and made everybody over 30 applaud."

Of course, cultural institutions such as museums and universities were popular stomping grounds back in 1980s and 1990s, back when Jello Biafra was on his Frankenchrist speaking tour, or even when Lydia Lunch appeared at the Detroit Institute of Arts in 1988. Although the battleground over access to free speech on campus has been tilted rightward by crypto-fascists such as Richard Spencer, access to those forums a generation ago was vital for fringe performers, especially those being hassled by the government, such as Biafra.

Continuing her lifelong battle against censorship, she says, "I was against blaming the mirrors of society on the problems they're talking about. Man has always been stupid, violent, prejudiced, sexist, and homicidal, and you can't blame the mirrors of society, which are trying to show what it's about. It's the same as the pornography debate. No matter how unflattering, unattractive, ridiculous, repulsive, insulting it is, I think it still prevented a lot more crimes from happening than it instigated. Because the goal was to cause relief — and make money — not to incite violence."

In fact, for somebody who hurls words at an audience so savagely, Lunch has another side that's composed, nurturing, and supportive.

Sometimes, Lunch finds collaborators in the most unusual places. Just a few years ago, she says, she got an email from a fan of her 1990 spoken word LP Conspiracy of Women. That fan turned out to be Chilean-American composer Nicholas Jaar, who'd been hypnotized by it since adolescence and was mixing it into ambient DJ sets he hoped to release. She gave the artist her blessing, remarking, "Son, it came out the year of your birth," a fact that couldn't have made Jaar happier.

But when Lunch arrives in Detroit to perform next week, it will be as Lydia Lunch Retrovirus, a kind of "no wave supergroup" that draws heavily on her back catalog.

"It's got the aesthetic of no wave, it's just done with more intent," she says. "It's interesting to revisit this material and see how we've been able to make it cohere into kind of a history lesson. And Weasel Walter is one of the best instrumentalists out there. And then playing with Bob Burr, you know, he's been in Sonic Youth, Pussy Galore, Chrome Cranks. And Tim Dahl has done a lot of out-jazz and also funk and has many of his own bands too. So it's a tight ferocious unit, and fun. There just comes a point you just have to fucking rock."

It's just another outlet for Lunch. She owns her whole catalog, and is damn proud of that, but in the end still has to schlep her act from town to town to make a living. That's the one thing she doesn't complain about. You get the sense that fighting the good fight as an anti-corporate artist gives her a feeling of joy.

"I'm one small woman with a big fucking mouth," she says. "I don't have the solutions. I can only illustrate the extremity of the problems, which basically all relate back to the same fucking thing: the patriarchy, men in charge of the planet who want to kill everything they can in order to dominate or make profit. Peace is not profitable. War is big business. Blah, blah, blah. I've been on a fucking mountain with a bullhorn for 40 years of my life. And I'm not shutting up yet."