Legal marijuana is on the ballot in Michigan – but is the fight over? 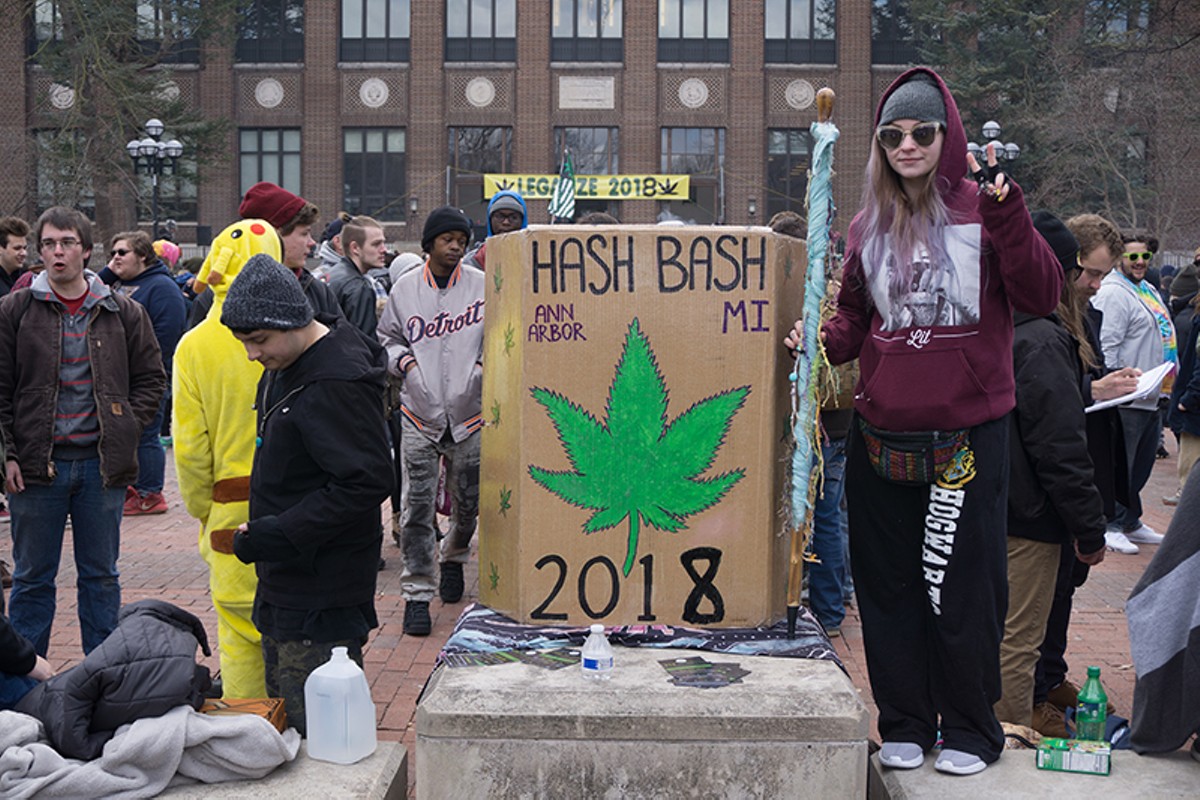 On Nov. 6, Michigan voters will cast their votes on the Michigan Regulation and Taxation of Marihuana Act.

So far the support campaign by the Coalition to Regulate Marijuana Like Alcohol — the group that got the issue on the ballot — is something of a snooze-fest. In fact, the Healthy and Productive Michigan anti-marijuana campaign appears to be working somewhat harder to oppose their efforts and gain some traction in an admittedly uphill battle.

HPM, along with their pals in the Michigan Sheriffs Association, has sponsored a series of events across the state, has had speakers on a number of television shows and radio interviews, and maintains a Facebook site. These allies of the national Smart Approaches to Marijuana anti-pot organization aren't the only folks fighting what they believe is the scourge of marijuana, but they are the most visible and energetic.

Whatever actions CRMLA intends to employ in support of marijuana legalization will come as we approach Election Day. It's hard to say what that will be, as CRMLA spokesman Josh Hovey is not all over the news these days. He or another representative will probably show up for a few roundtables or debates with the media.

This is not something anyone from CRMLA has said or hinted at, but I believe the heavy lifting is over. The hard part was getting it on the ballot in the first place. The first time this was attempted by MILegalize in 2016, the state legislature wrote a new law to guarantee the initiative would not make the ballot. The CRMLA learned its lessons and came back in 2018, crossed their T's, dotted their I's, and got it on the ballot.

Voters, whose support for marijuana legalization stands at near 60 percent, have a penchant for saying "yes" to marijuana when given the option. Nothing that has happened in California, Colorado, Oregon, Washington state, Nevada, Alaska, Maine, Massachusetts, Vermont or the District of Columbia — where recreational marijuana is legal — seems to be changing that trend.

Ohioans did vote down recreational legalization a few years back, but that act didn't come from the marijuana community — it was a corporate attempt to carve up the state into marijuana fiefdoms. This year in Ohio it's back on the ballot with more of a free-market approach.

Here in Michigan, don't expect a lot of fireworks. Yes, the prohibitionists will be out there screaming about crack marijuana and drugged driving. They have real fears and concerns, and they should not be ignored. However, legalization will not depend on arguments made in the heat of a campaign. In large part, people have already made up their minds about marijuana.

And that doesn't even consider the overwhelming support reported by the polls. Just a look at how the many marijuana events that have and will take place this season show a growing normalization as we gear up for the big vote.

Let's cut to this month. In the primary elections Democrat attorney general candidate Dana Nessel won her party's primary with a wide-open embrace of marijuana. There was a Cannapalooza held in Lincoln, a Medical Cannabis 101 class in Ann Arbor, a Cannabis and CBD for Women's Self-Care and Family Care gathering in New Haven, and a seminar on the Lawful Business of Medical Marijuana in Grand Rapids.

There's another High Times Midwest Cannabis Cup in Clio come September, and there was already a Cultivators Cup event there in July. There will even be a Michigan National Organization for the Reform of Marijuana Laws contingent walking the Mackinac Bridge on Labor Day.

Meanwhile, in nearby Toronto, where this stuff is going legal in October, there was just a three-day conference called Defining the Global Cannabis Industry. And at the end of August there will be the First Annual African American Cannabis, Hemp, and Medical Marijuana Conference held in Chicago.

This stuff goes on all over the place all the time.

Come on, even Martha Stewart is hanging out with Snoop Dogg and making jokes about the stuff. And it's been a long time since Snoop was an outsider knocking on the door for acceptance. It's like that for his favorite smoke too.

Looking further ahead in September, there will be a meet-and-greet event hosted by the Michigan Marijuana Licensing Experts in Bay City. The MMLE is a group of people who used to spend most of their time at rallies, protests, and court proceedings as they fought to get marijuana onto voters' concerns. Now they spend more of their time wearing suits and advising people who want to get into the marijuana business. Those folks have changed.

And speaking of change, remember when the Hash Bash was a couple of hours on Ann Arbor's Diag on a Saturday afternoon? This year the Hash Bash was a four-day extravaganza at multiple venues around the city. Ann Arbor has embraced marijuana more than any other Michigan town, and there is no way anyone can claim the evil weed has destroyed that city.

There truly have been numerous more marijuana events that have taken place. And regarding the legalization vote, every time there is an event, someone is there to talk about legalization. Marijuana arrived in Michigan a long time ago — the vote is just to make it official.

There are all kinds of seemingly illogical, ironic, inconsistent, seemingly contradictory, and downright strange things about marijuana as people try to figure it out. Part of that comes from the fact that most of what the general public knows about the substance is tainted with drug war lies. Another part of that comes from the way that marijuana is often compared to alcohol in terms of effect. They are very different substances in your body.

One of the talking points used by Healthy and Productive Michigan is that employers will face problems because "[there is] no easy impairment test when it comes to employers confronting potential (or current) employees on marijuana use. Open-ended liability will be an issue."

It's not clear what that means. It could be employment law talk that means something to folks in the HR department. Or it could be some vague talk mentioning liability meant to scare employers as we approach the election.

Well, here's an example of how marijuana can be contradictory to what might seem to be the logical conclusion. In the above claim from HPM it mentions "impairment" and "liability," raising fears of workplace accidents, injuries, and even fatalities. That might seem to be a reasonable fear.

Fret not. The International Journal of Drug Policy has published the results of a 23-year study in all 50 states and Washington, D.C., on medical marijuana and workplace fatalities. Researchers from Montana State University, Colorado State University, and American University found that "Legalizing medical marijuana was associated with a 19.5 percent reduction in the expected number of workplace fatalities among workers aged 25-44. ... Further investigation is required to determine whether this result is attributable to reductions in the consumption of alcohol and other substances that impair cognitive function, memory, and motor skills."