A sold-out crowd of 45,000 packed Detroit’s Ford Field on Wednesday night for the fifth stop of the Weeknd’s “After Hours Til Dawn” tour.After three postponements due to the pandemic, and a move from arenas to stadiums, expectations were high for the 2021 Super Bowl performer, and he was more than up to the challenge.

Born Abel Tesfaye, the Canadian singer entered the stage masked, wearing all black amid a backdrop of ear-rattling bass. A giant projection screen stood behind him showing still images of a city while clay-colored decrepit replicas of that same city were placed all over the stage, and a long pier-type platform extended from the stage to the east end of the stadium, with a huge inflatable moon hung just below the Detroit Lions’ LED screens. More than 20 dancers dressed like they were from The Curse of La Llorona surrounded the stage.

Make no mistake about it, The Weeknd is a certified, bonafide R&B and pop superstar with the Grammys and album sales to back it up. For a while early in his career it felt like he was perhaps relying too much on a Michael Jackson Thriller-type aesthetic, but that is no longer the case. The Weeknd has established his own brand of darkness, where he sings tales of love, lust, pain, and purpose. Much like he did on his “Starboy” tour in 2017, he romanticizes and celebrates his darkness.

The Weeknd started his set with mesmerizing performances of “Alone Again” and “Gasoline,” ditching his mask and diving right into “Sacrifice,” “How Do I Make You Love Me,” and “Can’t Feel My Face.” The set pulled from songs from all his albums (including Kiss Land, Beauty Behind the Madness, Starboy, After Hours, and Dawn FM), punctuated by fires and explosions via the pyrotechnics, lasers, and lights that synchronized with light-up bracelets that were passed out to the audience before the show. Unlike other concerts, there weren’t any moments where the crowd appeared to be more enthusiastic for certain songs than others; fans made just as much noise for “I Feel It Coming” as they did “Die For You” — in fact, it felt like everyone knew the words to every single song.

Ultimately, if you removed the lasers, pyrotechnics, and dancers, this was a well-executed business trip for The Weeknd. There was no live band, no surprise guest, no visible DJ (or musical accompaniment), no change of wardrobe, and no encore. The Weeknd never took a break during his 100-minute set, and didn’t do much small talk (other than a little banter with the crowd about how the Chicago fans were a little louder).

With no surprise to anyone, The Weeknd closed the show with a zestful performance of his most successful song to date, “Blinding Lights,” a retro ’80s-style track that stayed on Billboard’s top 10 for an entire year (and became the unofficial theme song for the Netflix show Stranger Things). By the end of the song the dancers had made their exit and The Weeknd took sevel bows, blew victorious kisses to the crowd, and departed the stage through shouts and screams of approval. —Kahn Santori Davison 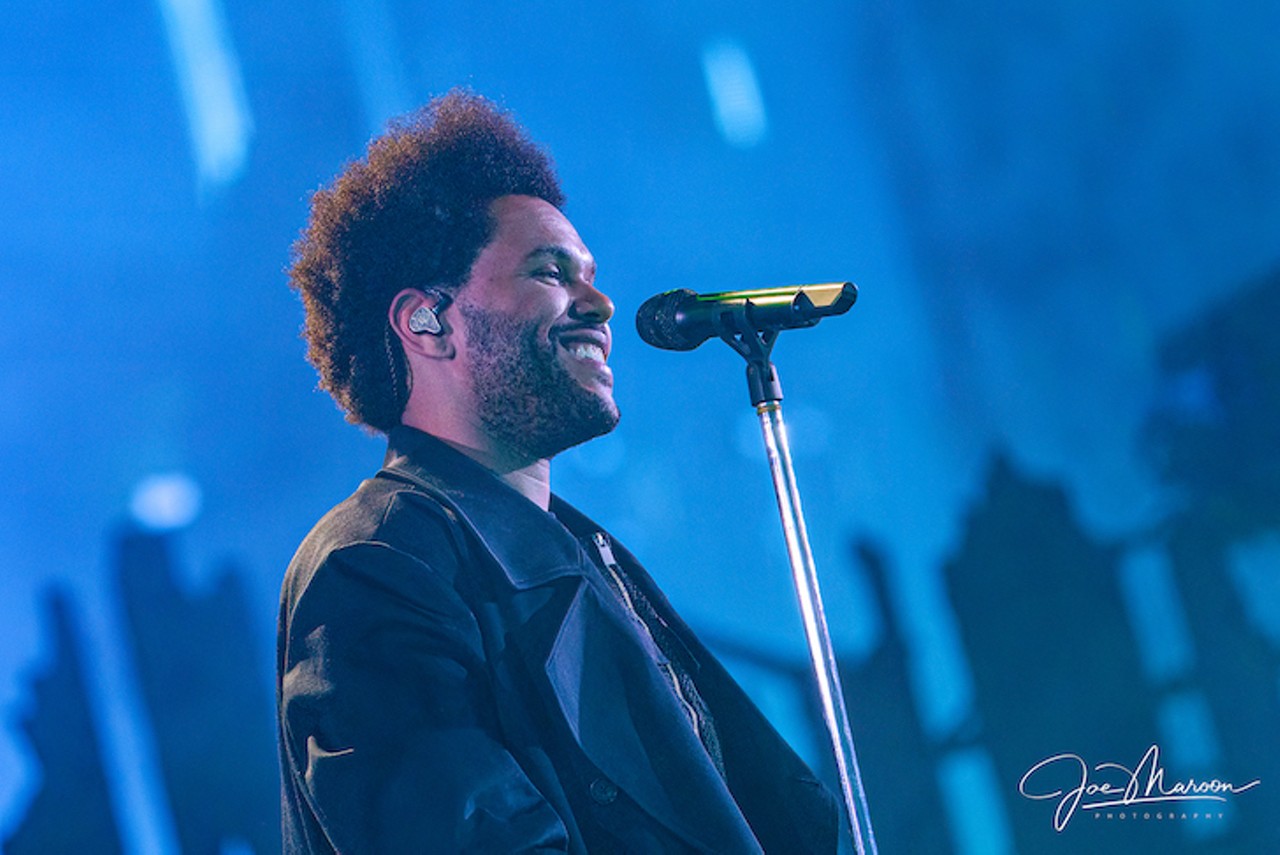 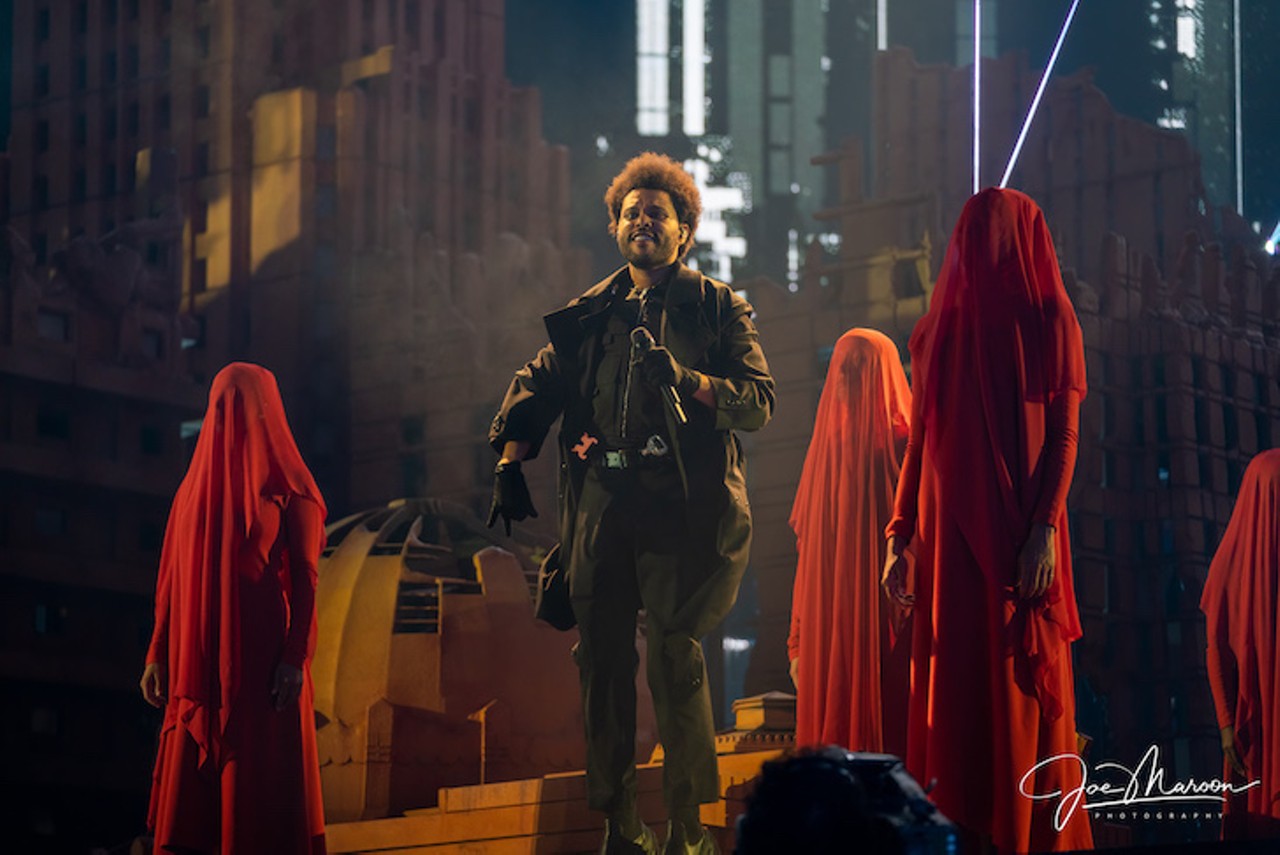 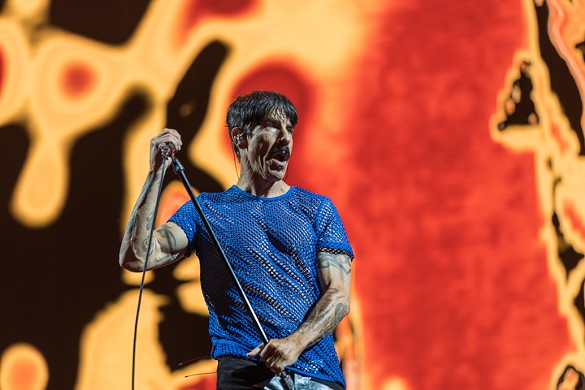 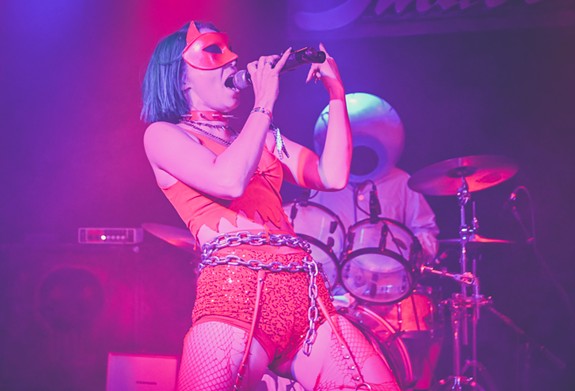 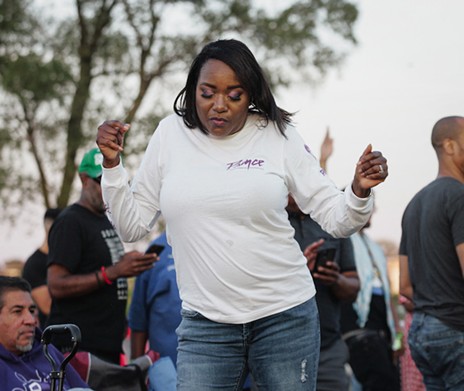 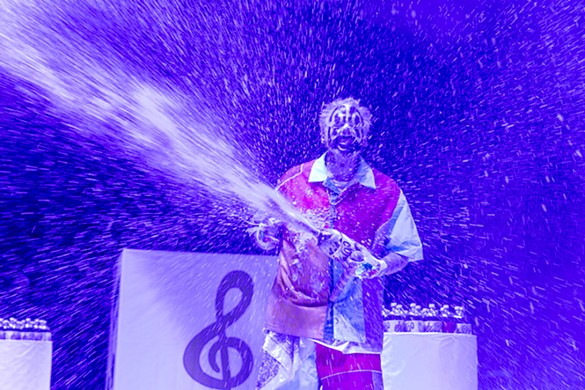 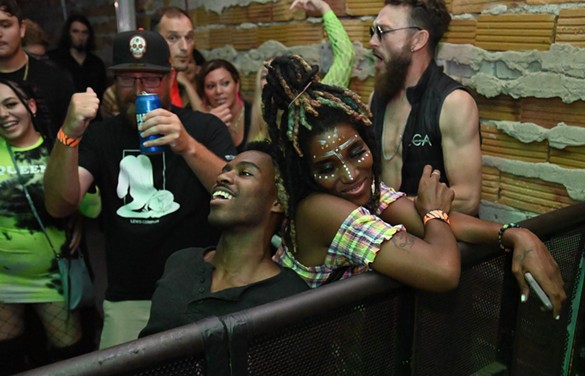 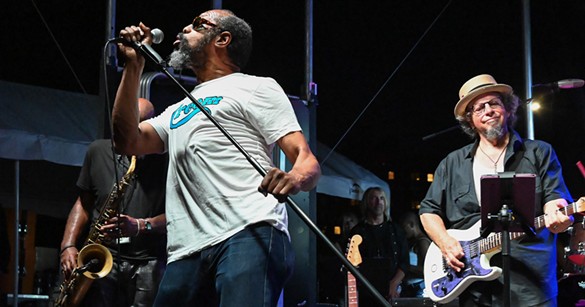