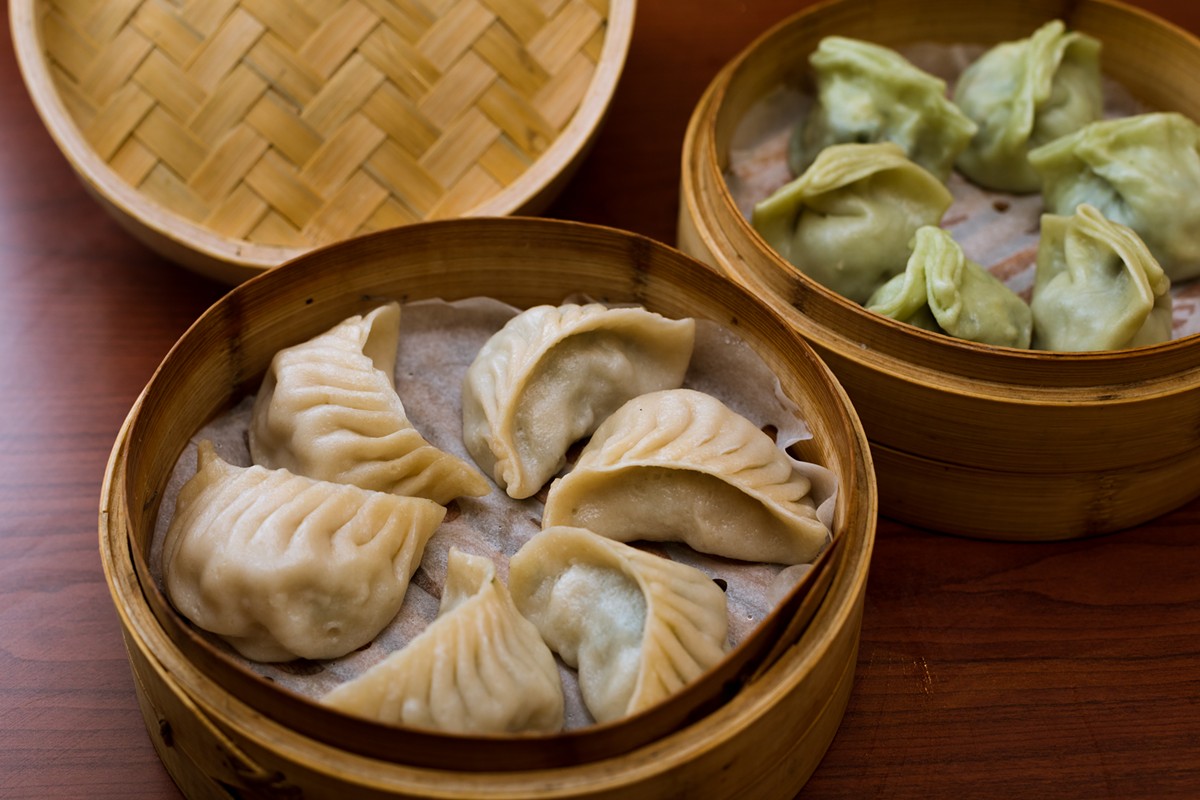 There's something exotic about Windsor. It's a town that's technically only a mile or so away from my humble Hubbard Farms abode, yet it seems a world away. Perhaps if crossing the border wasn't such a hassle, then I would have known more about our friendly neighbors to the south — like the fact that there's a spot that serves xiao long bao.

Xiao long bao is a Chinese dish made by adding chilled, gelatinized pork broth to a seasoned ground pork mixture inside a partially leavened pouch of dough. It's consumed by making a small tear in the dumpling skin, allowing steam to escape, then sucking the re-liquified broth through the top followed by consuming the rest of the dumpling. And it's arguably one of the most perfect snacks ever created.

The proliferation of xiao long bao (literal translation, "small basket bun") is worth exploring and is said to be traced back to Nanxiang, a suburb of Shanghai, where a chef named Huang Minxian came up with the snack in the late 19th century to attract more customers. The dish grew into a global success in the early 1970s after a failing cooking oil shop in Taiwan reinvented itself as a dumpling house, relocating a few chefs from Shanghai who were trained in the art. The Hong Kong branch was awarded a Michelin star in 2010.

Shanghai Bistro — which opened four months ago near the University of Windsor — is one of the few spots nearby where xiao long bao can be found. Upon walking into the unassuming eleven-table bistro, you'll notice a prep nook takes the place of the usual register area. This is where the dumplings are wrapped on a daily basis. My dining partner, who grew up in Shanghai, explained that most dumpling houses there feature front-of-house prep, effectively putting the product and the chef's skills on display.

The dishes come out in waves. We started with the cucumber with garlic sauce (#29), bite-sized smashed cucumbers with chopped garlic and a lightly sweet vinaigrette, an ideal first course. The dim sum dishes arrived next, stacked high in bamboo steamers. The steamed pork skin soup-filled dumplings (#1), and the steamed soup-filled dumplings with crab and pork (#2) are served by the half dozen.

Shanghai Bistro's version of the dish is fundamentally sound. The dough is thin enough to let the broth and filling take center stage, while robust enough to not fall apart when picked up with chopsticks. The broth is expectedly pork-forward with a hint of Shaoxing wine. The dish is surprisingly served with red vinegar — typically used for cooking — instead of black vinegar, which is available upon request.

The Shanghai Bistro-featured noodle soup (#88) is a star. Large chunks of perfectly seasoned brisket with five spice are laid atop a generous helping of ramen noodles and a lightly sweet and spicy Shanghai-style soy-based beef broth. It would be the stuff of dreams if the noodles were a bit more firm.

The rest of the dim sum menu is

solid. The panfried green onion pancake (#15) is light, crisp on the outside, and not greasy — a sign of a good scallion pancake. The wonton with spicy sauce (#21) is sweet with a hint of chili, a Shanghainese version of a Sichuan classic. The panfried pork buns (#3) are crisp, light, and fluffy. However, the steamed veggie dumplings with egg and mushrooms (#7) seem like an afterthought on a very meat-heavy menu.

The staff at the Bistro are friendly and provide fast service, though it may be a bit difficult to discuss the nuances of regional Chinese cuisine unless you speak Mandarin. The prices are student-friendly, especially with that mind trick you play on your wallet every time you go to Canada. With more than 140 menu items, I could see myself stopping for lunch every day if I were attending the university. Since I'm just a hungry foodie living in Detroit, I'll probably only make the trip when I've got a serious craving.