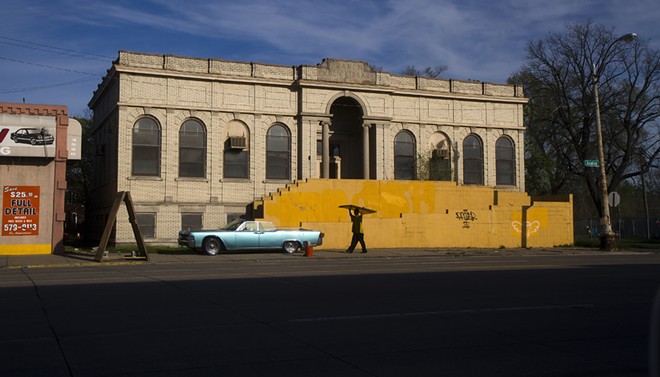 A former Detroit Public Library branch that has been vacant for a decade may soon get a new life.

Designed by famed architect Louis Kamper, the George S. Hosmer Branch was built in 1911 on Gratiot Avenue, about one block north of Mack Avenue. The Italian Renaissance building eventually operated as an HIV and substance abuse clinic before becoming abandoned in about 2010.

A suspicious fire damaged the building in April 2016. A few months later, a developer bought the building with plans to convert it into a book store and cafe. Those plans fell apart, and the owner sold the structure to Joshua Kushnereit, a metro Detroit attorney and businessman who has considered housing his insurance business in the building, The Free Press reports.

Kushnereit repaired the fire damage, made extensive renovations, and built a new roof.

Kushnereit now says he’s unsure what he plans to do with the building, telling the Free Press “obviously this COVID has changed a lot of things.”

“We’re still kind of in limbo in terms of what we’re looking to do with the building," he said. "We’re not necessarily desperate to sell, we’d just like to see where the market is on it."

He added, "My goal was to beautify and restore, and we’ve got it to the point where the next owner can come in and do it."