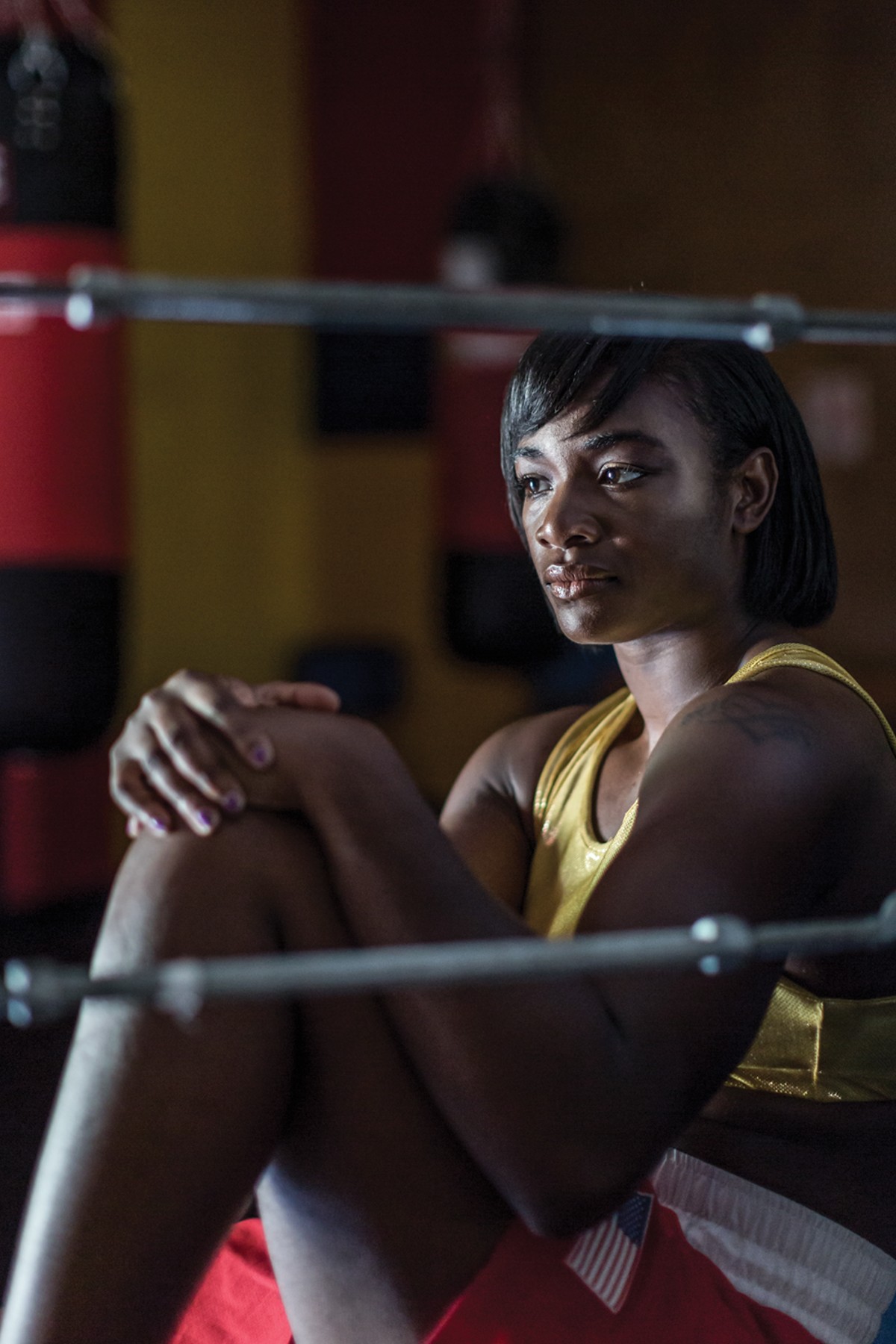 Claressa Shields grew up in Flint, a city long-besieged by wayward economic forces and, for the last three years, a seemingly never-ending water crisis. Her mother abused substances and her mother's boyfriend was abusive, so for many years, she lived with her grandmother.

Shields, 22, didn't meet her father until she was 9. He spent seven years in prison, and they met upon his release. While getting to know one another, he told his daughter he wished he'd just followed his passion in life — if he'd done that, things would be different.

"After being in prison for seven years, he got out and even though he served his time, he was treated like a convict and he couldn't get a job because he was a convicted felon," Shields says. "He felt like he had served his time, but they were still punishing him. He said if he had stuck to what he was passionate about, he wouldn't have been in the situation he was in. I just asked what he was passionate about and he said boxing. I thought if I were ever to do something big for my dad, it would be boxing. "

Tough from a young age, Shields says she could hold her own against the boys at school. "I could slam guys," she says. "I was able to do that stuff when I was younger."

By 11, she wandered into a local gym and began beating on the boys with such a fury that coach Jason Crutchfield could no longer ignore her innate talent, her obvious strength. But when she asked her dad to sign her up for boxing lessons, she didn't get the answer she expected.

"He said no. [He said] boxing was a man's sport and added on that I was too pretty to box," Shields says.

Egged on by her grandmother, Shields continued to train and eventually moved in with Crutchfield and his wife, becoming a family member as well as a mentee.

Under Crutchfield's tutelage, a 16-year-old Shields qualified for the 2012 Olympics, where she competed against women whose experience far exceeded her own. Against all odds, she came home from London with a gold medal.

There is no doubt in Shields mind that she is the best boxer there is. She will tell you as much. Yet, the type of success male boxers experience has eluded her. Even after making history at the Olympics, she couldn't get a sponsorship deal. Brands were not clamoring to endorse her. It's been a slow, rocky journey and it's nowhere near over.

In 2016, Shields returned to the Olympics and came home with another gold medal, making her the only American Olympic boxer to win the title consecutively. Since then, the pace of her ascension to fame and fortune has moved from glacial to simply unhurried. She recently won a Nickelodeon Kids' Choice Sports award, an honor she seems as grateful for as those gold medals.

But, what she really wants is money. She wants a million-dollar fight. On Aug. 4, after only four matches as a professional boxer, she went up against 30-year-old, undefeated Nikki Adler at the MGM Grand Detroit for the World Boxing Council super middleweight title — and won.

The fight was Shields' second for Showtime, an opportunity that surely came with some cash. Yet, until women boxers are earning seven-figures per fight, Shields isn't going to stop demanding what she deserves.

Alysa Zavala-Offman is the managing editor of Detroit Metro Times. She lives in the downriver city of Wyandotte with her husband, toddler, mutt, and two orange cats.
More
Scroll to read more The People Issue articles
Join the Metro Times Press Club