How to survive as a broke college kid 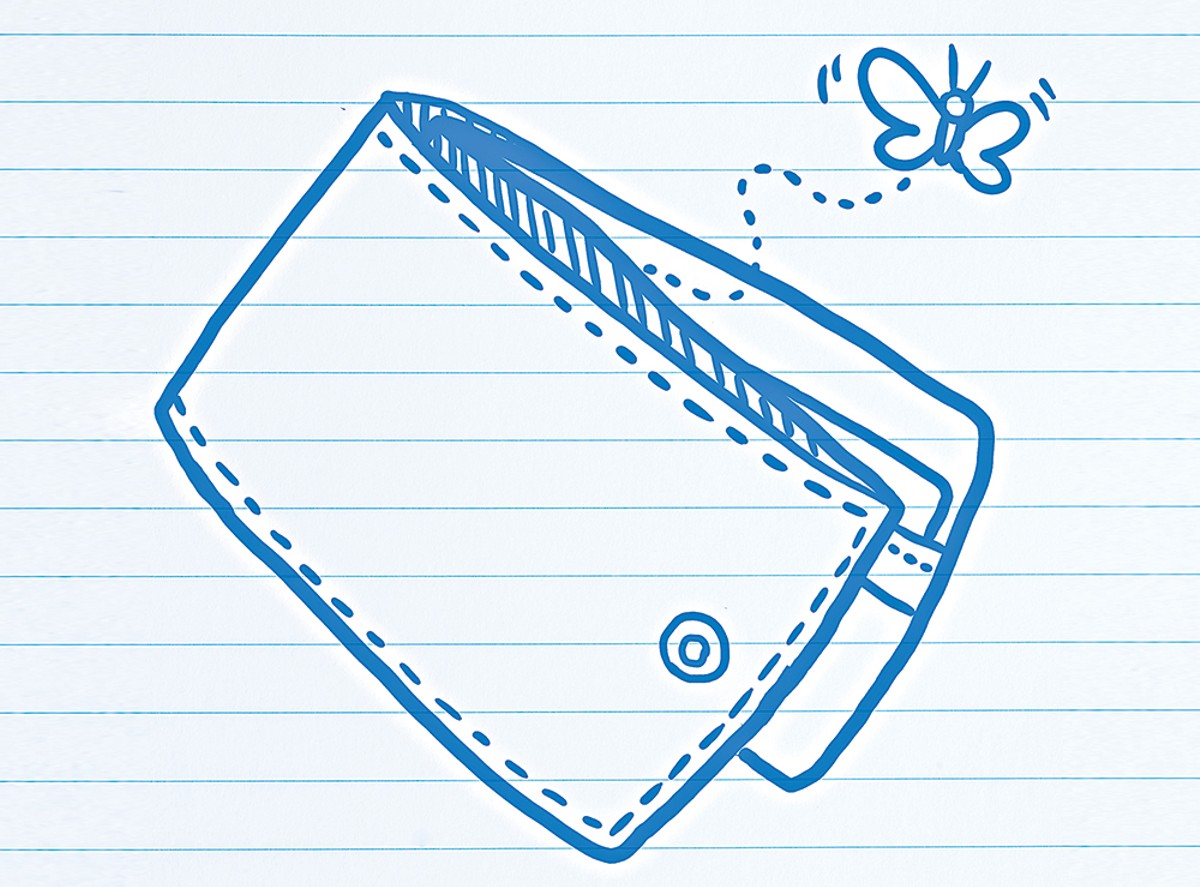 College students are generally broke; I was broker than most. I attended school in very expensive Boston with — quite literally — not a dime to my name. I'd walk an hour to parties to save on the then-$1.25 train fare, hitch rides from strangers because I couldn't afford cabs once the train closed (not recommended), and just generally do a lot of sneaking, smuggling, and stealing (also not recommended). But save for mild traumas like a silverfish-infested basement bedroom with a carbon monoxide leak, I made it out in one piece — a master in the art of cutting corners.

I now bestow my sage wisdom upon you, dear college student. What follows are some (safe) tips that can help you save money or survive off virtually nothing. Hopefully you require advice on only the former.

This was an expense for which I was somehow not at all prepared. Shortly upon arriving on campus, I ventured into the school bookstore to find my peers waddling about with books stacked from their arms to their chins. I then watched as, one by one, they each shuffled up to the checkout counter with a parent in tow to dutifully produce a credit card and pay for the whole lot — an upwards of $1,000. I have a vague memory of looking up at my own parents, expectantly, only for them to shrug and mutter something short like, "You'll figure it out."

Figure it out I did. I never went back to the bookstore again. Borrow your books from the campus library and do your work there if the book is available only for temporary check out (this is a good work pattern anyway, as it forces you to get things done in a timely fashion with fewer distractions), or make copies of the pages you need for a few cents. If you must buy a book, buy an old edition used online for about 90 percent off the cost (Amazon is your friend here, but remember that, in the long run, Amazon is not actually your friend). Often, whole new editions are printed when very little is changed in the text. Yes, the page numbers might be off when compared with your assigned reading, but usually they will only be off by a little. And you can seek additional guidance from your professor, as he or she probably assigned the same text from a past edition and might have an old syllabi handy. (I recall having a prof so sensitive to some students' financial predicaments that he would actually provide two sets of page numbers).

It's important to look good on your first jaunt out of the nest, and doing this while poor can be difficult. Fortunately, fashion is cyclical. The stuff that's in style now was in style 20 years ago, and it lives in its original form at thrift stores, where it also happens to be very cheap. This very paper often offers 50-percent-off coupons for Value World, which has a vast, well-organized selection of used clothes. Pay attention to what's in style by following the Instagram accounts of fashionable people who live on the coasts (which are several years ahead on all trends), then take a trip to the thrift store in a tight fitting coverall and devote several hours to sifting through and trying on things that once belonged to someone else.

Avoid spending money on drinks. Go to house parties where it costs $5 to get in and hit the keg, but bear in mind the keg will run out quickly as the renters at this house are also likely broke and looking to make a buck. Sneak in multiple red cups, fill them up, and hoard them somewhere so you can drink at your own pace. The beer will be warm, but it will be virtually free. If you go to the bar and can't afford drinks, sneak in a flask of vodka, ask for a water or soda with lemon or lime (all free), take a sip, and replenish the glass with the like-colored schwill hiding in your purse or back pocket.

Keep a full handle on deck to refill the flask, as buying in bulk is always cheaper. Do not tell your roommates you are in possession of said handle; sharing is for suckers.

Free shit abounds, you just have to keep your eyes peeled for it. Banks often have free coffee. In my case, my classes were located on the same block as a Bank of America and a Starbucks, and I would fill up a cup for free at the BOA, head into the Starbucks, add a dash of cinnamon, and top it off with some milk (even though I was broke, my taste buds were still intact, and the powdered creamer available at the bank branch simply would not do). Food at the dining hall can also be considered "free," and you can bring a tupperware to stock up on snacks for the off-hours when the DH is closed (presumably, most schools don't permit this — but fuck it, it's your money). Or, if you do not have a dining hall pass and your cafeteria stays open all day, you can buy a meal and post up and study until it's feeding time again. A two-for-one, if you will. Some schools also offer guest meals with their dining hall passes, so befriend someone who lives on campus, or simply loiter outside the gates of the DH at mealtime and kindly ask an underclassman to hook you up.