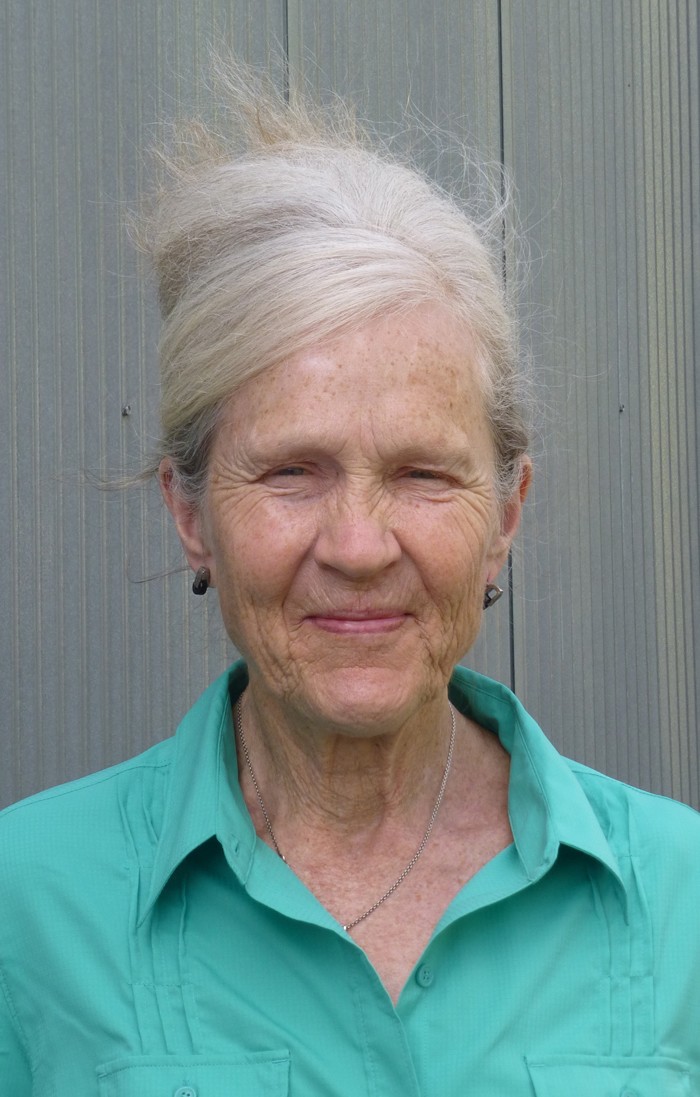 Metro Times: Why are you interested in running for Wayne County Executive?

Cindy Darrah: My parents, caretakers and teachers taught me positive values and justice in politics; I guess it rubbed off; I strive for a better world, here in Detroit, Wayne County and the World.

MT:The county has an accumulated $175 million budget deficit. Is there a way to address that and avoid the risk of insolvency?

CD: I DON’T KNOW. I have been working mostly on the bankruptcy in Rhodes court, but this afternoon I tried to find out information my favorite way – by talking to people and asking questions.

MT:Do you have any ideas as to how the city can cut costs or raise additional revenue?

CD: Open Up the government so we can see how its spending money beyond a budget posted on their website; budget directors need to appear before the county commissioners to justify every position and to show what they are acting doing; employees must be allowed to give their own criticisms, input and suggestions on how to make things better. If we can achieve a more honest city, state and county government, we just might attract more entrepreneurs and bigger businesses as well; work with the city and unions to coordinate resources and figure out how to keep workers employed serving taxpayers efficiently year around. We can do it better than contracting it out.

MT:Do you have any criticisms of the incumbent and how his administration has ran?

CD: Reduce the salaries of the management by the same percentage amounts you have reduced the workers in the last 10 years. Any future raises should be absolute amounts, rather percentage raises, at least until the local economy stabilizes. Set a maximum of $100,000 a year or $90 an hour, which ever is less, for elected or appointed officials.

Require Wayne County members appointed to the Detroit Water Board Commissioned to divest from businesses such as truck hauling companies that are profiting from water commission contracts – a conflict of interest. We need to pass legislation and implement policies to insure that monopoly conflict of interest abuses don’t creep in.

Open up the government and let the sun shine in. Since 9/11 we live more and more in a police state that is authoritarian, unfriendly, secretive, and punitive. We need immunity for our employees so they are protected if they want to share facts and their own opinion attributed to them, and what is happening and what they think could be done better. Politics as usual doesn’t work, and is only allowing things to get worse – we are in a self destruct mode and we need to pull out of it.

If we become a free, inquiring, productive, actualized, and happy people, we can confidently invest our pensions, in sound infrastructures for water, communication, health and transportation that will bring lasting benefits to all the people and to retirees now and in the future.

When government is imposed by stolen elections, and or money, the people are not free citizens. Our education and government should encourage, not discourage the asking of questions. When I was working in Boston in 2002, people seemed to welcome questions, unlike here, but maybe its me; maybe I’ve changed.

MT: If current plans with Bedrock Real Estate Services to redevelop the downtown Wayne County Jail site fall through, how would you address the failed project?

CD: I hope they do fail; one of the 2 reasons that motivated me to run was that I am against moving the courts and jails out the downtown where they are conveniently accessible to court goers and family visitors. The multiple award winning juvenile jail was built for $53 million less than 15 years ago. Frank Murphy Hall of Justice and the 36th for many years, but certainly can be, in phases, if that’s what’s financially necessary; the new jail should be fenced in like it is, but include the land to the east as a parking lot for the sheriffs and court and jail employees (John LAUVE’S idea). Do you want to pay more taxes because you will, if you tear down the courts and jails and rebuild these out in the boondocks. I was at the Wayne County Commissioners meeting when the executive representative’s pitch was given to the commissioners. They rationalized they could get economy by having the jails and courts together to cut down transportation costs; who cares whether its hard for someone to get to court, work, or jury duty, or to visit a family member in jail?

MT:The incumbent has indicated the downriver wastewater treatment facilities could be sold to compensate for the budget deficit. Would you support the move?

CD: NO; I ran to keep the jails and the courts downtown and to keep the water. I know we need to manage the water department better but selling off parts or whole to balance a budget of part of it is WRONG. Water is basic to human life ; when Ghandi went on a 40 day fast to try to free India from imperialistic, parasitic England he gave up food, not water; when I am tired, if I drink good Detroit Water that I filter, I am rejuvenated; it gives me energy. We must not rush to judgement; when they broke up the Soviet Union, they made it harder for the small socialist countries. Do not break up the Detroit Water and Sewage unless and until you know that this will not lead to the privatization of the basis for ALL LIFE. DO NOT LET FOOLISH POLITICIANS LEAD YOU ASTRAY, including in order: Ficano = Evans=Wild=(Duggan=Cavanaugh)/ The water and sewage needs to be managed by public servant engineers who have integrity and the ability to do what’s best for ALL the people and dogs and cats and fish and birds, etc. the answer lies there, not in some remotely controlled authority. Former Mayor Bing instructed the Detroit representatives on the Water Board Commission to vote for the Wayne County Representative for the chairmanship of the Detroit Water Board Commission; they did; and under his tutelage the water board commission has contracted with New England Fertilizer Company (NEFC) to design, build and operate for 20 years sludge dryers,powered by natural gas that according to Minneapolis‘s experience, did NOT WORK WELL, until they got the anaerobic digesters; Boston,the original contractor with NEFCO, cancelled their contract with them last year; Boston makes lots of District Court seem fine to me; the old jail has not been reinvaded  floor, I noted a fundamentalist jewish man with cap on head money from selling methane produced by the digesters, which offsets the cost of the water treatment for the users; also scientists are finding new uses for the aerobic digester residue which may be even more valuable than fertilizer.

MT:What have you done personally or professionally to help advance regional cooperation, or other significant causes?

CD: Nothing, other than being a freethinker who strives to see freedom, health,happiness, and a higher standard of living for everyone a lover the world. But I do love being here in Detroit and want us all to be and do well.

MT: Would you support the creation of a regional water authority to oversee the Detroit Water & Sewerage Department? If not, why?

CD: NO! I do not support a new name for old tyranny! Let us elect good honest leadership that has OUR INTEREST in mind, not just the contractors and the kickbacks. I have tried and hoped like the rest of us that the bankruptcy court would help us get rid of the corrupt and incompetent management of the Water Dept., McCormick who managed to privatize Ann Arbor at 1⁄2 the wage she’s getting to try to privatize ours at $250,000; taxes and corruption are high in Ann Arbor; we can no longer afford it here. Let us get the best engineering possible and implement their and our ideas working together. Don’t let people rush you into foolish decisions that makes their profit and bites you later; fore sight for you and our younger generation that will lead by example to the society that will not only sustain but enrich our physical and spiritual, mental health. MY experience in Detroit Is that authorities’ are beyond the control of the elected bodies. Talk to municipal operators in Minneapolis like I did; they said we only had 2 people from NEFCO, the boss and his secretary; the boss who call in extra help when someone doesn’t show up and they are marginally staff.ed; they said that the NEFCO driers did NOT WORK...... until you get the anaerobic digesters.

MT: A number of communities in Wayne County have either faced the prospect of emergency management, or have seen Lansing appoint one to handle their finances. What are your thoughts about the current emergency manager law, PA 436?

CD: Elena Herrada can answer this question better than me; she has served us on our Detroit School Board and has fought hard against the emergency manager’s policies. People like her are fighting with sociological concepts against people with lots of m0ney but no inspiration, and it wont work.

Click here to go back to the 2014 Wayne County executive election guide.

Ryan Felton was born in 1990 and spent the majority of his childhood growing up in Livonia. In 2009, after a short stint at Eastern Michigan University, he moved to Detroit where he has remained ever since. After graduating from Wayne State University’s journalism program, he went on to work as a staff writer...
Read More about Ryan Felton
Scroll to read more Election Guide articles