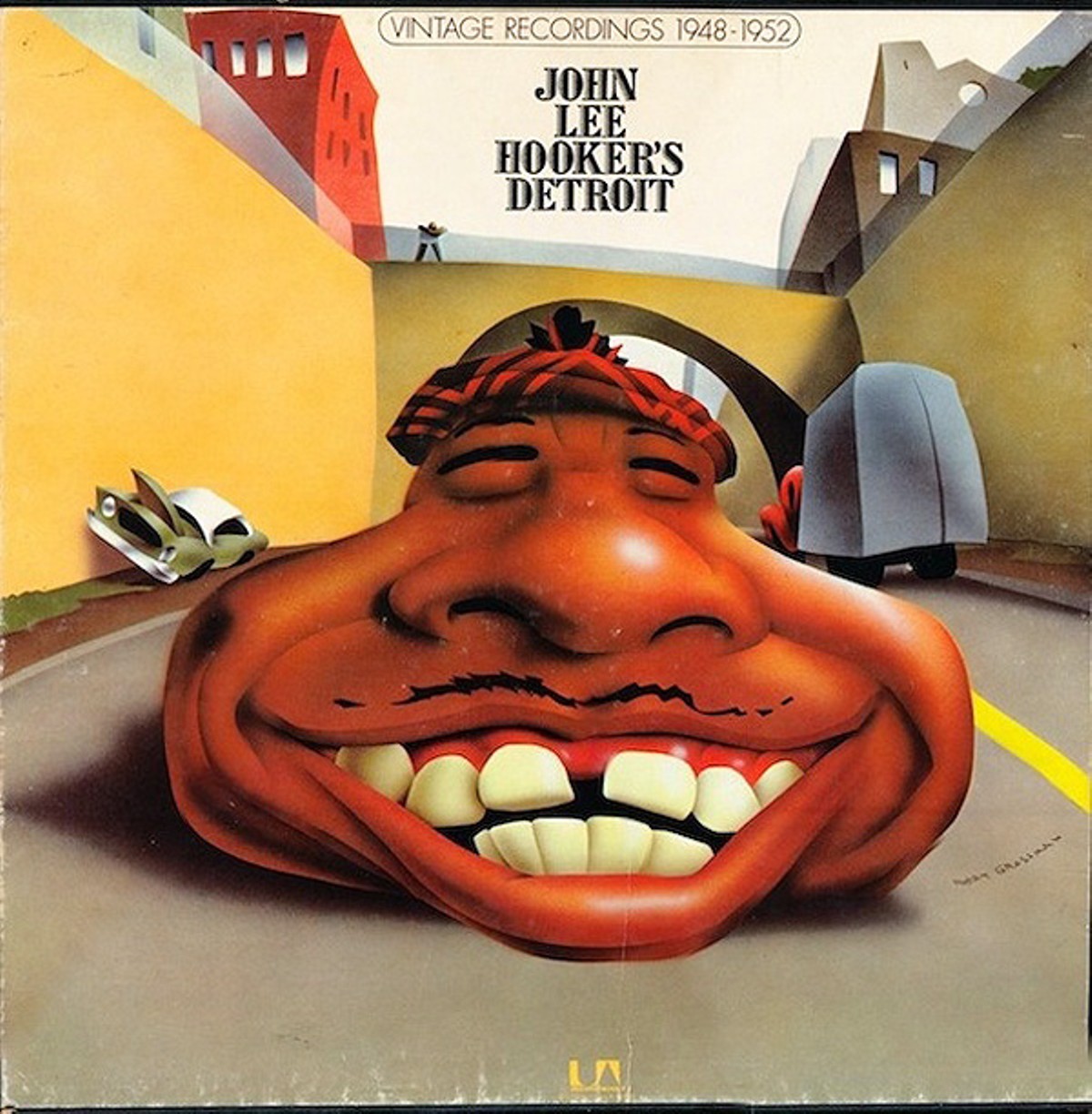 First off, there are so many amazing records not on our list. It turns out that it really is difficult to distill an entire region's output over the history of recorded music and pick less than three dozen long-players from that bunch to represent them all. We're not at all complaining; this was really fun. We hope that if there's anything you haven't heard on here that you check it out, especially if it's the Index, Griot Galaxy, or Rev. C.L. Franklin (and yes, he was Aretha's father).

When John Lee Hooker moved to Detroit in 1948 to work for Ford by day and play in clubs at night, he brought a hypnotic, open-tuning style of guitar playing with him. But in those clubs, and on these earliest 78s, he also honed and channeled a dark, sexy, droning, and electric style that will never not sound awesome.

Not only a terrific compilation of still fresh tunes, but this record's title is largely considered the first large-scale use of the word techno, as opposed to just house music, for this bright, new, infectious, computerized dance music.

We all know Fun House is a superior effort, but their staggeringly loud, unbelievably stripped-down, and sublimely stupid debut album had one of the largest influences on the planet of any record, ever. All hail!

Dilla's ninth studio album was releleased on February 7, 2006, his 32nd birthday, and just three days before his death. Conceived of (and largely recorded) during a lengthy hospital stay, Donuts is considered by many to be one of the top three instrumental hip-hop albums of all time.

Not even Sly Stone could imagine such a brazen fusion of loud, hard rock and heavy soul as George Clinton dropped on this uncompromising 1971 recording. Funkadelic's third studio album, Maggot Brain was named the 17th best album of the 1970s by Pitchfork.

When you hear the loud, soulful voice of this singer and wonder why you've never heard her before, that's simply because Ms. Lee only recorded gospel music for a variety of small labels in the 1960s.

This is such a killer, underrated psychedelic soul record, and the last with founding member Eddie Kendricks. "Just My Imagination (Running Away with Me)" is on here, so it's not like it's obscure, but if you've never heard the full, extended take of "Smiling Faces Sometimes," you owe yourself an afternoon of nothing but this album, a beanbag chair, and you.

Wildly inept at times, and in others breaking away from earth with incredible velocity, this garage band from Grosse Pointe did mostly covers and played teen dances. The album is stunningly good, and original copies are super rare, fetching very large sums.

Led by poet Faruq Z. Bey, Griot Galaxy was one of Detroit's leading avant garde jazz acts, and Kins is their debut, equal parts spacey and tight. If any record on this list deserves a proper and prompt reissue, it's this one.

We didn't want to put too many greatest hits records on here, but we had to when it comes to the unearthly force of this mid '60s soul-pop powerhouse, who had so many chart-toppers, among them "Heatwave," "Nowhere to Run," and "Dancing in the Street."

This record presents such a deft combination of cool genres, that it's really hard to know whether it's soulful jazz, Afro-funk, blues, or soul. Lyman Woodard had served as musical director for Martha and the Vandellas before embarking on his solo work.

Motown may be the biggest name, but the smaller and scrappier local label Fortune issued an incredible amount of killer blues, gospel, hillblilly, pop, and polka, from its inception in 1946 to its shuttering in the mid 1990s. Nolan Strong and the Diablos were the biggest R&B act in Detroit from the mid '50s to the early '60s, and it's not hard to hear why.

Originally issued by Joe Von Battle as three 78s, this intense and often witty sermon is one of the earliest and very best of nearly 100 full-length sermons that Franklin, an important figure in the Civil Rights movement, recorded and released.

While not actually recorded in Detroit, Lateef is of course one of the jazz artists most associated with the city, and each track is a place name evocative of Detroit, with the notable exception of a cover of "That Lucky Old Sun." Produced by Joel Dorn and featuring musicians such as Cecil McBee, Ray Barretto, and Thad Jones, this funky record winds its way all over the place.

Metro Times music editor Mike McGonigal has written about music since 1984, when he started the fanzine Chemical Imbalance at age sixteen with money saved from mowing lawns in Florida. He's since written for Spin, Pitchfork, the Village VOICE and Artforum. He's been a museum guard, a financial reporter, a bicycle...
More
Scroll to read more Annual Manual articles
Join the Metro Times Press Club