Ryan Felton was born in 1990 and spent the majority of his childhood growing up in Livonia. In 2009, after a short stint at Eastern Michigan University, he moved to Detroit where he has remained ever since. After graduating from Wayne State University’s journalism program, he went on to work as a staff writer for the The Oakland Press of Pontiac, Mich. His writing and reporting have appeared in In These Times, Jalopnik, Pacific Standard Online, Reuters, The Denver Post, and Crain’s Detroit Business. He drinks coffee.
@RyanFelton13
Contact Us

Justin Pope was shot and killed in Iraq in 2009 — his family is still trying to figure out who pulled the trigger Far from home May 27, 2015 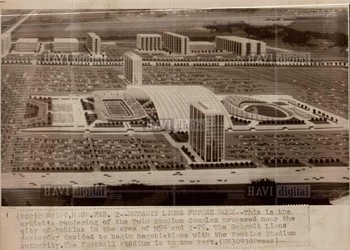 Check out this 1970s rendering of a dual Detroit Lions and Tigers complex in Pontiac January 26, 2015