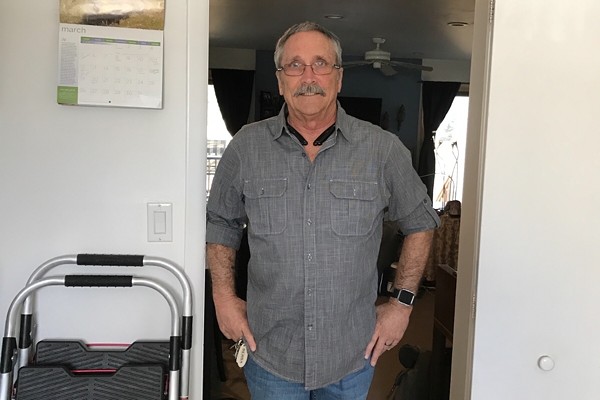 GoFundMe
Mike Lambert is raising $250 million for a border wall.

Mike Lambert, a self-confessed right-wing conservative and vegan, says he started a campaign to raise $250 million for a Mexican border wall because he wants his granddaughter can have the country he remembers.

Lambert is asking people to donate to his campaign because, well, Congress can't seem to get shit done regarding the proposed structure.

Lambert, who says he was once a resident of Al Paso, Texas, writes in an update on the campaign that he witnessed first hand "illegals crossing the border and the crime that it brings."

But since "Ryan and Mitch caved into liberals," he's decided to take matters into his own hands.

As he writes on his GoFundMe page: "Since Congress have no money for the wall, I thought I would raise what I could here."

So far, the campaign has raised $25 from a contributor named Karen Hartline who says she thinks the U.S. should "build the wall or make citizenship only for babies born of a U.S. parent."


We sent Lambert a request for comment, but have not heard back.