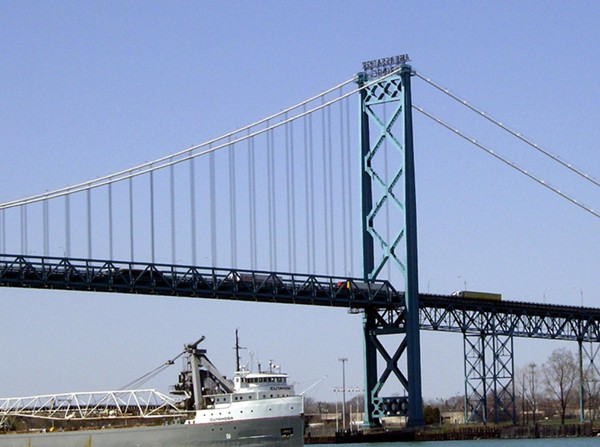 In case you missed it, or haven't seen it yet, there's a really well-reported feature story about one of Detroit's least popular plutocratic families. It's in the Harper's, it's about the Morouns, and it's called "Crossing Guards" — subtitled "When private ownership of a bridge gets old."

It's not the first up-close-and-personal look from a national magazine at the family that made the Ambassador Bridge the centerpiece of a trucking empire. Thirteen years before the leftish Harper's take on Moroun, Forbes magazine zoomed in on the family in a piece titled, "The Troll Under the Bridge." Which goes to show that even arch-capitalists harbor some qualms about private ownership of a vital choke point.

One of the best things about the Harper's piece is that it's written by Matt Mossman, a native Ontarian who went to school with Windsor Mayor Drew Dilkens. His touch gives the reporting a quaint hometown warmth when it concerns Windsor, Sandwich, and Essex County. (For the Morouns, well, not so much.)