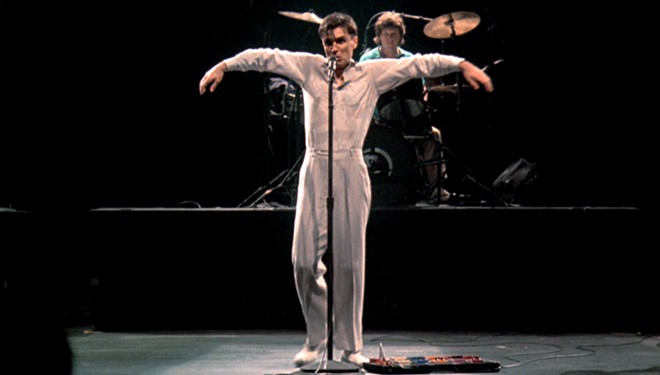 Dancing with a lamp never looked so good.

Arguably the greatest concert film ever made, and, by some analysis, what could serve as the blueprint for the anti-concert concert film, Jonathan Demme’s Stop Making Sense is 88 minutes of near perfection. Demme filmed the David Byrne-fronted Talking Heads over a four-night run in Hollywood in support of the band’s stunning fifth record, Speaking in Tongues, resulting in a once in a lifetime audio-visual experience with elegantly sparse staging, emotive lighting, Byrne’s signature noodle-y physicality, and, of course, the iconic "big suit."

The screening is a great opportunity for anyone who may have missed out on Byrne’s "American Utopia" tour in which the 69-year-old brought to Detroit’s Fox Theatre in 2018 and will return to Broadway this year.