Wally Pfister should stick to cinematography and leave the directing to those who can. 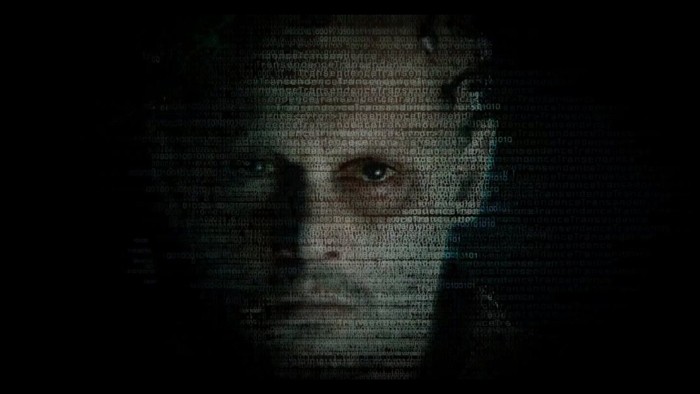 Courtesy photo.
See you in a “bit” — geddit?

Wally Pfister (The Dark Knight, Inception, Moneyball) is a terrific cinematographer. And in his directorial debut, Transcendence, he again proves that he has an impeccable eye for gorgeous visuals and compositions, even though he’s tapped Jess Hall to act as his director of photography. What Pfister doesn’t seem to have a talent for is all the other things that bring a movie to life — you know, picking a good script, inspiring a cast, and grabbing the audience.

While it would be easy to chalk up Transcendence’s many failures to Jack Paglen’s terrible script, it wouldn’t answer why this science fiction thriller is so sluggishly paced, awkwardly edited and filled with lifeless performances from otherwise first-rate actors.

Dr. Will Caster (Johnny Depp) is on the verge of developing true artificial intelligence. Teamed with his wife, Evelyn (Rebecca Hall), and best friend, Max (Paul Bettany), he imagines a machine that has both access to all the information known to man, coupled with independent sentience. Unfortunately, radical anti-technology terrorists led by Kate Mara shoot him with a radiation-laced bullet. Desperate to hold onto her husband, Evelyn uploads his consciousness into a computer before he dies. Soon, virtual Will is asking for access to the Internet and when he gets it, it exponentially increases his power and ambition. Manipulating his wife, he constructs a solar-fed base of operations in the desert where he produces technological miracles. But are his motives for good or evil? Around about the time nanobots start rebuilding solar panels, curing stab wounds and creating zombie drones, you won’t care because Transcendence, despite its relentlessly somber tone, has abandoned any and all illusions of believability.

And that’s not the worst of it. Not only does Pfister make the baffling choice to begin his film with a prologue that gives away the ending, the best defense the United States government can muster against Will’s world-changing plans is a single cannon, a couple of mortars and a squad of military types led by an FBI agent (Cillian Murphy). Their plan to save humanity? Introduce a computer virus that will — palm slaps face — turn off the Internet. And the grid, I guess. That side effect seemed a bit vague. Yes, with all the logic of a Luddite manifesto, Transcendence answers its feeble, singularity-age Frankenstein with the message that we should just shut it all down.

OK, fair enough, A.I. Will’s plot to craft a more “perfect” Earth, where disease, pollution, and free will are eliminated is cause for drastic measures. But is the ending of Independence Day the best response Paglen can come up with?

Some of this would be forgivable if Transcendence weren’t so unrelentingly dull. While there are hints of interesting ideas lurking along the narrative’s periphery, the implausible leaps in logic, inept plotting and sloppy sense of time and scope defeat any opportunity for impact. As written, Paglen’s characters are so devoid of depth that there’s no one to engage your emotions or appeal to your intellect. As a director, Pfister seems incapable of pulling anything approximating life from his actors. As the movie progresses, you give up trying to remember who’s who and simply regard them as the Morgan Freeman character (decent and avuncular), the Kate Mara character (with her spooky dead-eye look), or the phoned-in (literally and figuratively) Johnny Depp character.

Only Rebecca Hall really tries — or is allowed to try — to fashion something approaching flesh and blood. While she spends half the movie shuffling around in a grief-stricken haze, she does bring an element of tragic sadness to the film, enough so that you wished Transcendence had made her relationship with Depp its true and meaningful focus. But that would require a much better writer-director team. And as their cinematographer, I’d recommend Wally Pfister, whose gorgeous visuals would make their choices sing.

Transcendence is now playing. It’s rated PG-13 and has a running time of 118 minutes.