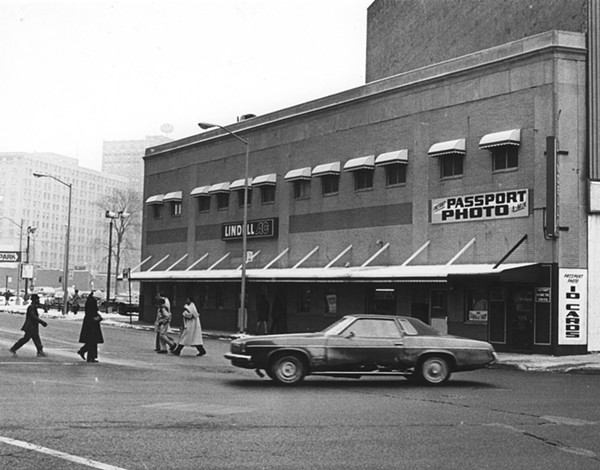 Before it was razed, Detroit's Lindell Athletic Club was a favorite watering hole for athletes, celebrities, and fans. And for one night only, Detroiters will have an opportunity to relive it.

"The Lindell," as it was affectionately known, will be resurrected as a pop-up on Saturday, March 16 at the Detroit Historical Museum to mark the opening of the museum's new exhibition, Lindell AC: America's First Sports Bar. The evening's festivities include photos and memorabilia recovered from the bar, sports trivia, catering from Midtown's Royale with Cheese, and a screening of the documentary film Meet Me at the Lindell.

The bar got its start when Greek immigrant Meleti Butsicaris purchased it in 1949 along with his sons Johnny and Jimmy when it was part of the Lindell hotel, and in 1963, the Butsicaris family relocated the bar down the street. According to a 1999 Detroit News article, "it was nicknamed the Lindell 'A.C.' — for Lindell Athletic Club — by legendary Detroit News sports columnist Doc Greene, who was poking fun at the highbrow Detroit Athletic Club. The name stuck as owners Jimmy and Johnny Butsicaris presided over one of the most famous sports-oriented saloons around."

The Butsicaris family decorated its walls with photos and sports memorabilia, and it quickly became a favorite for visiting athletes and celebrities, including Muhammad Ali and Jayne Mansfield. According to local lore, at one time a baby elephant was even invited to the bar where it made a huge mess — apparently, elephants shouldn't drink Coca-Cola.

The Lindell closed in 2002, where hundreds of people reportedly packed the bar for last call.