Instead of focusing on the uprising’s violent history, Jamon Jordan will detail how Detroit recovered and continues to thrive

The date marks one year to the day that Jamon was appointed city historian, after nearly nine years of working as an educator who shared the city's hidden Black history through the Black Scroll Network.

His upcoming lecture will take place at Gordon Park, at the corner of Rosa Parks and Clairmont, where the Detroit Rebellion of 1967 began. Instead of focusing on the violence of the uprising, however, Jordan will detail how Detroit recovered and continues to thrive. 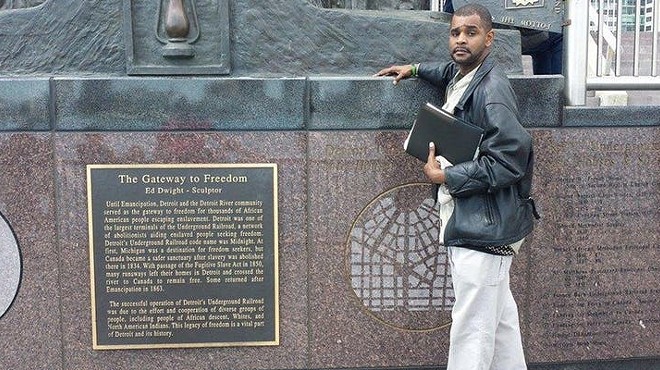 
“The history you read in books is oftentimes not the history that is the lived experience of the people,” Mayor Mike Duggan said in a statement. “When Rochelle Riley told me we needed a City Historian, I agreed and told her she need [sic] to find a historian who would tell the story of longtime Detroiters. Jamon Jordan is doing just that. He is filling a huge hole in the fabric of our community, and I couldn’t be more proud of his work.”

Riley, the city’s director of arts and culture, said Jordan’s work is “a tribute to his lifelong passion for history — Detroit’s, America’s and the world’s. We are blessed to have him offer constant reminders of how rich our history and culture are.”

The lecture at Gordon Park will begin at 12 p.m.