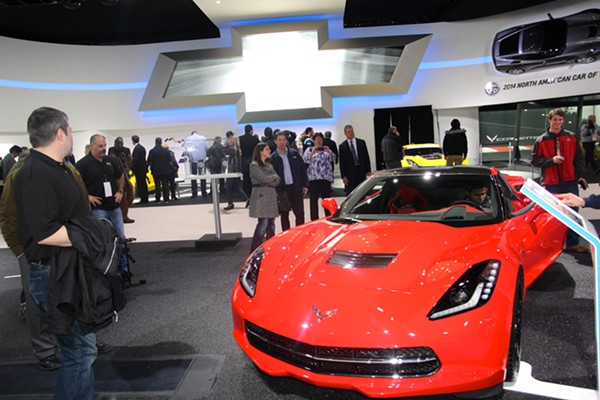 It's no secret that Detroit's North American International Auto Show has lost some of its luster in recent times. This year's show was scaled down to just 20 product reveals, and some big-name automakers like Jaguar decided to skip the event altogether, with Mercedes-Benz and BMW announcing they will not show up for 2019.

Reportedly, organizers are mulling over ideas to inject new life into the event. One idea is to move it from January — easily the most inhospitable time of year in this god forsaken state — to basically any other time. One proposal was to move the show to October by 2020. A more recent proposal, put forth by General Motors, would place the show in June.

The vision was described by GM’s senior vice president global communications as a "massive festival of automotive," with the possibility of dovetailing with the Belle Isle's Chevrolet Detroit Grand Prix, as well as concerts and other events throughout the city.

Whether October or June, the move is still under consideration. Either would position the show far away from the Consumer Electronics Show in Las Vegas, a rival show which is held the week before NAIAS.