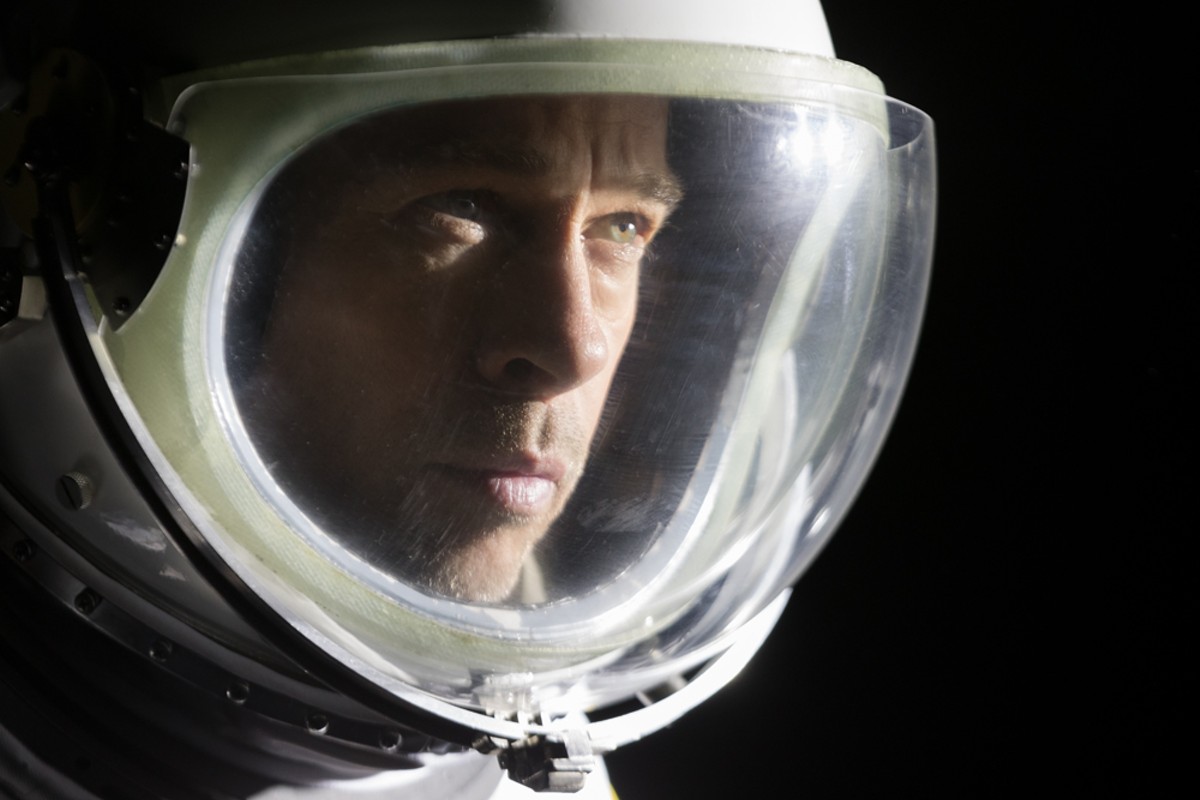 Gazing out of a spaceship porthole like a living David Bowie lyric, longing for his home and his wife, Brad Pitt is a man of the future who also perfectly embodies the uneasy politics of the moment, desperate to move forward to something new and greater, but also anxious to return to the comfort of safe ground. Pitt's star remains bright, undimmed by age or tabloid overexposure, and through the force of his personality, he lends this interplanetary saga gravity, even when the narrative seems intent to drift aimlessly into the void.

Pitt leads the way as Major Roy McBride, a dedicated and resilient astronaut with very serious abandonment issues, as his famous father left home decades ago on a mysterious mission and has long been presumed to be lost in deep space. The reality may be more complicated than the heroic legend, however; a series of increasingly cataclysmic energy pulses are ripping through the solar system, and they appear to be coming from Neptune, the last known location of the elder McBride. U.S Space Command suspects that not only is dear old dad still alive, but that he may have cracked up out there, and the government's suspicion extends to Roy, who is submitted to constant psychological evaluations, despite his peerless service record and steely calm under pressure. Now the son is charged with discovering the secrets of his pioneering father, and perhaps making right his sins.

Daring indie director James Gray has built an elaborate, cosmic epic around an intimate, emotional family drama, a trick also used in Christopher Nolan's Interstellar, just one of the films that Ad Astra tips its helmet to. In its more meditative moments, the movie evokes such heady cosmic fare as 2001: A Space Odyssey, and Solaris, while still working to startle us with breathless, sometimes improbable action set pieces. There are some startling moments, and even some gory scares mixed in, moments that keep Ad Astra compelling and unpredictable, even as it becomes a bit disjointed.

The film's glorious visuals, meticulous set design, and absolutely pristine effects work, partially obscuring the many logic gaps and dubious science on display. Characters are introduced and then swiftly jettisoned (oh, hi, Natasha Lyonne — what are you doing here?), casualties of the many dangers of space exploration, or merely the whims of the script. The talented Ruth Negga is mostly wasted as a sympathetic ally before her storyline abruptly burns out, though she fares better than Liv Tyler, whose role as Roy's estranged wife is reduced to fleeting flashback glimpses and a handful of lines. Subplots dangle freely, and occasionally big chunks of vital exposition or character development seem to have been left in the editing bay, in favor of more spectacle and existential musing. Tommy Lee Jones and Donald Sutherland are predictably solid in their contrasting, fatherly roles, though Pitt remains firmly in command of this vehicle as it plots a course to an emotional destination. In a turn that is light-years removed from the laconic stunt man he portrays in the recent Once Upon a Time in Hollywood, Pitt effectively plumbs the depths of a character that is simultaneously exploring inner and outer space, grappling with the pressures of duty, masculinity, family, and, ultimately, the meaning of home and life itself.