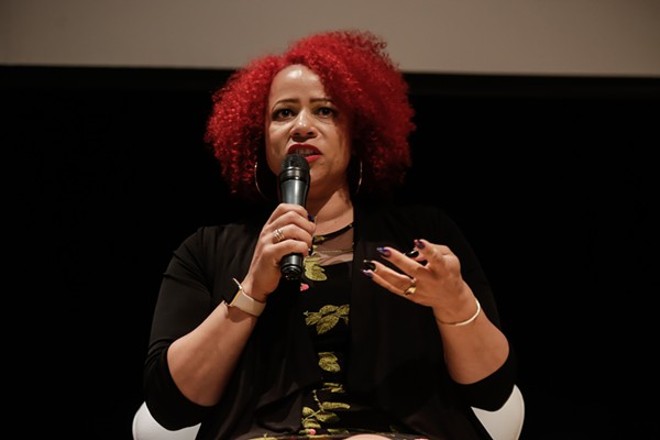 Alice Vergueiro/Abraji | Associação Brasileira de Jornalismo Investigativo, Flickr Creative Commons
Last year marked the 400th anniversary of when African chattel slaves first arrived in Virginia. The 1619 Project posits that this moment — and not July 4, 1776 — marks the true beginning of United States history. Originally published in August as a special issue of The New York Times, the comprehensive package of stories and podcast re-examine the history of the United States in this context. Since its release, however, historians have clashed with project creator Nikole Hannah-Jones’ reporting, including five white signatories, who approached NYT to correct “factual errors” due to 1619’s “displacement of historical understanding by ideology,” as historian Gordon Woods said in a letter.

Last month, NYT’s editor in chief responded with a lengthy defense of the project, and Hannah-Jones took to Twitter with a more direct rebuttal: “The fact that you are so uncomfortable with a project commemorating the 400th anniversary of the slavery of African-descended people actually focusing on the experience and role of African-descended people is something you might want to contemplate.” Hannah-Jones will visit the University of Michigan to discuss the project alongside former Detroit Free Press columnist Rochelle Riley.