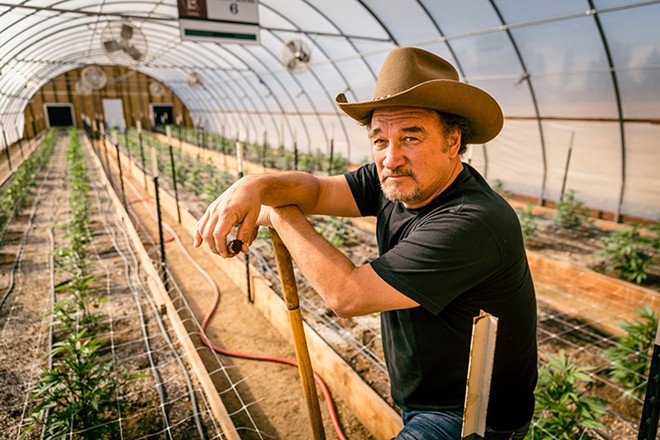 Actor and comedian Jim Belushi will introduce his Blues Brothers-themed line of cannabis products in Michigan.

Belushi is slated make an appearance Friday at the Cloud Cannabis dispensary in Utica for a meet-and-greet with fans.

He’s showcasing three blended pre-rolls and a full-spectrum vape cartridge at Cloud Cannabis at 44115 Van Dyke Ave., Utica from 2-4 p.m. The dispensary is the first in the Detroit area to carry the Blues Brothers brand.

Unlike other famous people with cannabis brands — Snoop Dogg, Seth Rogan, and Willie Nelson, for example — Belushi grows his own weed at Belushi’s Farm, a sprawling cannabis growing operation in Oregon.

The farm, launched in 2015, includes 93 acres of cannabis plants grown along the Rogue River in Southern Oregon’s Banana Belt, known for its abundance of sun, water, and fresh air.

Belushi’s new products include the “Jam Out to a Hit Single” pre-rolls and the “Dance to a Discreet High with Melodic Effects” vape cartridges.

According to a press release, Belushi, whose comedian brother John died of a drug overdose in 1982 at age 33, is a proponent of cannabis for its medicinal properties.

At Cloud Cannabis, Belushi will also be signing posters and taking photos with his fans.