The Medicare disadvantage: How corporate insurers are nickel-and-diming seniors and taxpayers 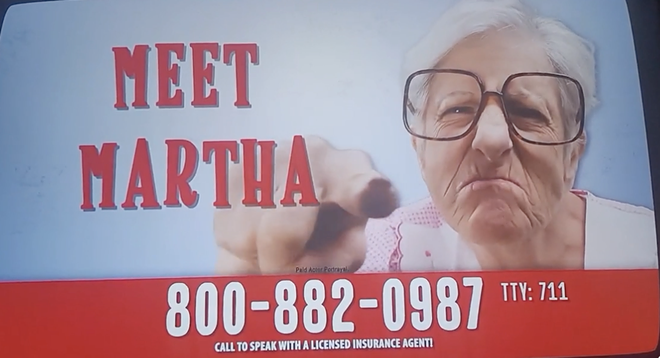 Abdul El-Sayed
This is Martha, the star of a misleading ad you may have seen recently.

Have you noticed that you’re getting a lot more ads for insurance plans right now? I know I have. Turn on a college football game, start a new show on Hulu, or tune in to CNN and there they are: “See if you qualify for a plan with additional benefits today!”

Chief among the deluge of advertisers are “Medicare Advantage” (MA) plans targeting seniors. One ad playing on a loop on my TV features “Martha,” a curmudgeonly senior being scolded by the ad’s narrator for her refusal to join their plan. Aside from oddly insulting the exact group of people to whom they’re attempting to advertise, the ad is also full of misleading information.

But that’s the whole schtick with MA for insurance companies: mislead seniors into handing over their Medicare so you make billions. Indeed, MA is the perfect specimen through which to understand the predatory instincts of insurance corporations and the downstream consequences for healthcare overall. Let’s cut in.

To understand MA, first let me remind you that Medicare is the federal health insurance program for seniors over 65 and people with certain disabilities. It was passed into law under President Lyndon B. Johnson as part of his “Great Society” social safety net. Medicare set out to cover millions of seniors who were reckoning with the loss of employer-sponsored health insurance just as they were contending with the illnesses that inevitably accompany the twilight of life. As LBJ himself put it, Medicare was passed so that “every citizen will be able, in his productive years when he is earning, to insure himself against the ravages of illness in his old age.”

Medicare is by no means perfect. It’s hard to understand — a confusing alphabet soup of various “parts” that each cover different bits of one’s healthcare, from hospital care to physician services to prescription drugs. Worse, each of the parts has a labyrinthine payment structure of premiums, deductibles, and copays depending on one’s contribution into the system, income, and eligibility. It’s also incomplete: it doesn’t cover vision, hearing, or dental.

As the recent debates over expansion and improvement of Medicare through the “Build Back Better” package have demonstrated, all of these could be improved — but for massive lobbying by the insurance industry to make sure they are not.

The program is also growing rapidly. Medicare Advantage enrollment now accounts for 42% of all Medicare spending. There are plenty of reasons why. First, Advantage plans tidy up the user interface. Rather than the dizzying cost and eligibility schedules for each of the constituent Medicare parts, MA plans simplify the package. For seniors trying to negotiate the complexity, the upfront value of this clerical simplification can’t be underestimated. They also offer upfront savings, which too many assume to mean overall savings. They offer very low premiums (the amount of money a beneficiary pays every two weeks or every month for their insurance). But they more than make up for it with high deductibles (the money you have to pay out of pocket before your insurance kicks in) or copays (the money you pay at the point of care in addition to what the insurance pays). But because copays and deductibles only show up when a senior is ill, they’re hard to predict or plan for. Seniors are left to bet on good health in hopes of paying less. That’s not a great bet if you’re over 65. And the failed bet can be catastrophic: unlike original Medicare, MA plans often cap what they pay out for healthcare costs, leaving fixed-income seniors to have to pay for their care out of pocket. To sweeten the pot, MA plans offer additional benefits that aren’t covered by traditional Medicare, like vision, hearing, and dental services. Oh, and don’t forget: they advertise. That Martha ad works, apparently.

But each of these “advantages” — simplification, low upfront costs, vision, dental, and hearing benefits — every single one relies on Medicare mediocrity. And this is why the insurance industry lobbies so hard against improvements to traditional Medicare. Their value proposition — and the billions of dollars they make on it — depends on it. If the government actually improved the Medicare experience, reduced and simplified the fee schedules, and offered vision, dental, and hearing to seniors, then there’d be nothing Advantage plans could offer seniors as bait. Medicare Advantage relies on traditional Medicare’s disadvantage to reap corporate health insurers billions of dollars profiteering off of the taxpayer dollars we invest in healthcare for seniors.

It turns out, Martha’s probably better off staying on her original Medicare. It’d be better for the rest of us, too.

This story was originally published Nov. 9 in The Incision. Get more at incision.substack.com.

Dr. Abdul El-Sayed is a physician, epidemiologist, public health expert, and progressive activist who served as Detroit’s health director and ran for governor in 2018. He is the author of Healing Politics: A Doctor's Journey Into the Heart of Our Political Epidemic and Medicare for All: A Citizen's Guide. 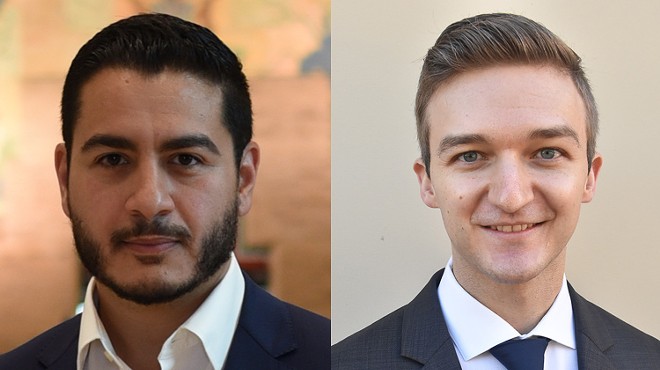