The school was at risk of losing its accreditation due to its lack of diversity, suit states 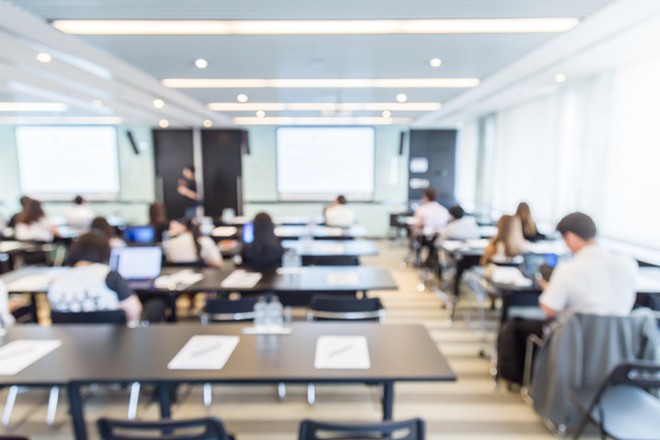 Shutterstock
Schoolcraft College is accused of retaliating against a Black diversity officer for raising allegations of racism.

A former Black diversity officer claims in a lawsuit that he was fired from Schoolcraft College in retaliation for raising allegations of racial discrimination against administrators, a lawsuit claims.

Christopher Hunter, the college’s former director of equity and engagement, said the mistreatment began when he requested information about the school’s efforts to increase diversity.

According to the lawsuit, filed in U.S. District Court in Detroit, Hunter, of Detroit, was mistreated, demoted, and eventually terminated in April after leveling serious allegations about race-based incidents at the school in Livonia.

The lawsuit notes that Livonia, where only 4.1% of the residents are Black, was historically considered a “sundown town,” a phrase for communities that were unfriendly toward African Americans.

In 2020, Schoolcraft convened a committee tasked with addressing its “long history of racial inequity” after the Higher Learning Commission warned the college that it was at risk of losing its accreditation due to its lack of diversity, according to the lawsuit.

About 13.7% of Schoolcraft’s students are Black. In Wayne County, where the school is located, about 38% of the population is Black.

“Schoolcraft’s homogeneity is the result of multiple factors, including longstanding failures to recruit in areas of Wayne County with large Black populations, such as Detroit,” the lawsuit states.

Tasked with helping increase diversity, Hunter, who has more than a decade of higher-education experience, requested geographic recruitment data from Melissa Schultz, the college’s chief student enrollment officer. She was “visibility irked by his questions and would not answer them” and “curtly informed him that she did not have this data,” the suit states.

Schultz is accused of speaking to Hunter “in a degrading manner due to his race,” according to the suit.

In a meeting several days later with Schoolcraft President Glenn Cerny in March, Hunter complained about Schultz and said two faculty members had recently complained about racial discrimination. Hunter said he was “concerned about a racially discriminatory atmosphere,” including racial profiling by campus police, the lawsuit alleges.

A month later in a meeting with Cerny, Hunter was demoted and relocated to another office based on “false and misleading” allegations against Hunter.

After submitting a comprehensive rebuttal, Hunter said he was fired on April 18.

Steve Kaufman, chief operations officer for Schoolcraft College, declined to address the allegations because of the pending litigation, but told Metro Times that the school is committed to diversity.

“At Schoolcraft College, we value diversity in our students, staff, and programming,” Kaufman said in a written statement. “Higher education must be accessible to everyone. We’re committed to fostering a campus environment that uplifts and empowers all people with equal opportunity.”