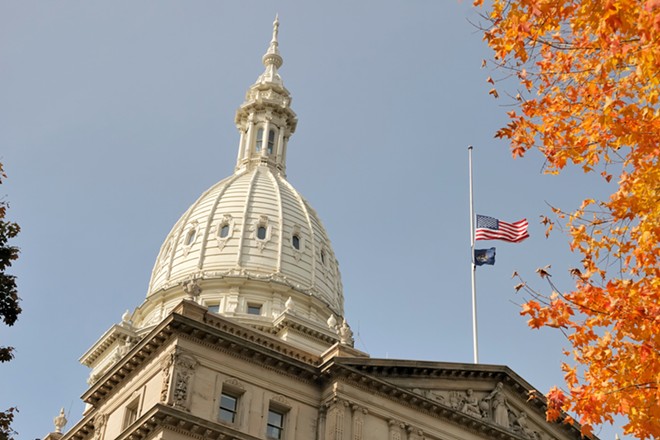 Republicans and civil rights advocates have found themselves on the same side of an argument: They both say Michigan's newly drawn legislative districts are unfair and will disenfranchise voters.

The bipartisan Michigan Independent Citizens Redistricting Commission adopted new maps for Congress, the state Senate, and the state House on Tuesday, drawing condemnation from some and praise from many Democrats, national political leaders, and even California’s former Republican Gov. Arnold Schwarzenegger.

The newly drawn districts are designed to end decades of gerrymandering that gave Republicans a political advantage. Under the new maps, the Democrats have a chance to flip the legislature for the first time in decades.

But civil rights activists and some elected leaders are threatening a lawsuit to stop the maps from being implemented, arguing that the commission eradicated virtually every predominately Black district and violated the Voting Rights Act.

“The Michigan Redistricting Panel needs to realize that their actions cannot continue the disenfranchisement of African-Americans and other communities throughout Michigan,” Wayne County Commissioner Jonathan Kinloch, chairman of the 13th Democratic Congressional District Democratic Party, said in a statement. “Michigan needs and deserves a diverse Congressional and state legislative delegation that represents all the people of Michigan — that is the only way to ensure that every voice is heard. These current Congressional maps are a serious step backward, limiting the voice of African-Americans and that is unacceptable. On behalf of all the people of Michigan we are in discussions to retain attorney Todd Perkins and we are ready to file suit if necessary to change these maps and make them fairer for all.”

“It is deeply concerning that a public body in 2021, despite overwhelming input from experts, academics, and the citizens who will be directly impacted by their decisions, endorsed maps that do not meet this vital legal and ethical test,” John E. Johnson, Jr., executive director of the Michigan Department of Civil Rights, said. “The Commission will review this outcome and consider what next steps it will take.”

Republicans also oppose the maps, but for far different reasons. They're upset that they lost control of drawing their own districts, which has enabled them to hold majorities in the state House and Senate.

“We are evaluating all options to take steps necessary to defend the voices silenced by this commission," Gustavo Portela, spokesperson for the Michigan GOP, said in a statement.

“Our democracy is stronger thanks to Michigan citizens' engagement, leadership, and vision for a fair, inclusive, and transparent process that puts voters above politics and ends gerrymandering in Michigan once and for all,” Benson said.

“No one gets everything they want, and everyone has to compromise,” Holder said. “But that is how a commission is supposed to work and, in turn, it is a reflection of how American democracy should function.”

“Under these new congressional and state legislative districts, the Michigan Democratic Party renews its commitment to fighting for equality, fair representation, and justice while celebrating Michigan’s diverse population,” Lavora Barnes, chairwoman of the MDP, said.

Schwarzenegger, a critic of gerrymandering, applauded the new maps on Twitter on Wednesday. “Congratulations to the Michigan Independent Redistricting Commissioners,” Schwarzenegger said. “Yesterday a bipartisan vote created fair districts for the state’s voters. You proved that when the people, not the politicians, draw the lines, the voters win.”

Congratulations to the Michigan Independent Redistricting Commissioners. Yesterday a bipartisan vote created fair districts for the state's voters. You proved that when the people, not the politicians, draw the lines, the voters win.