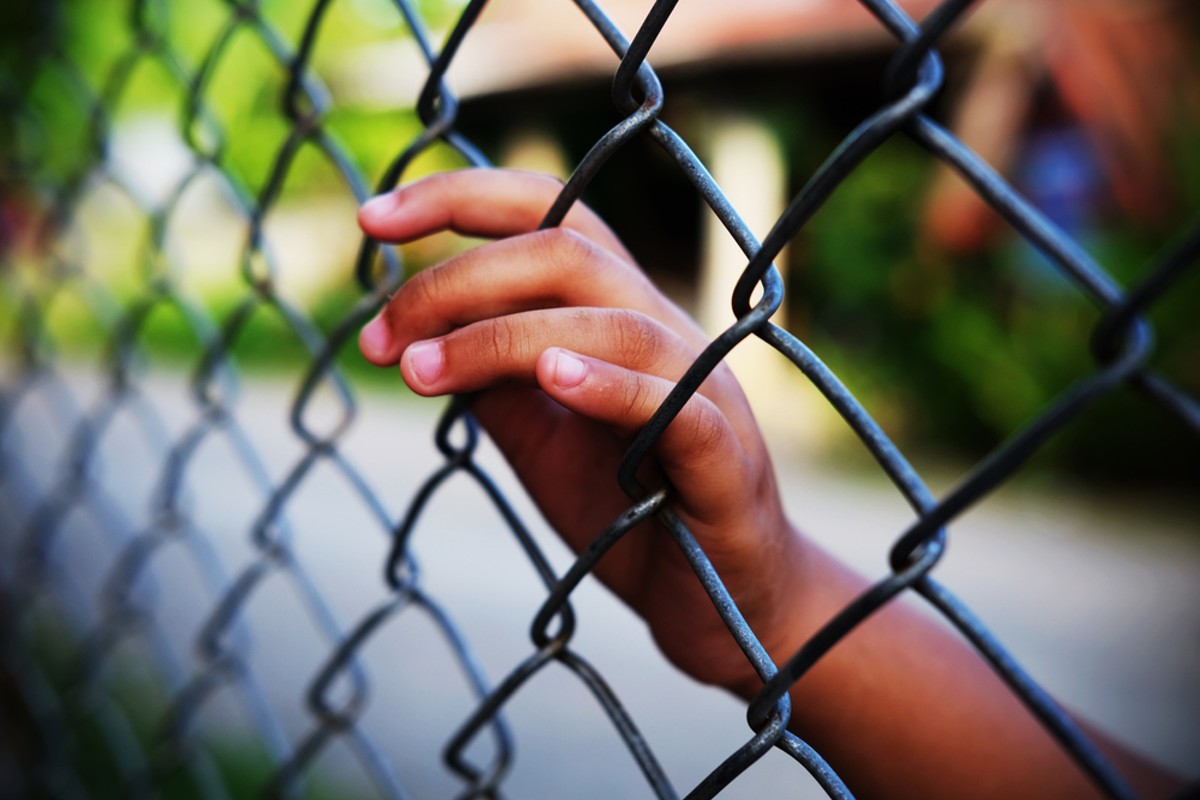 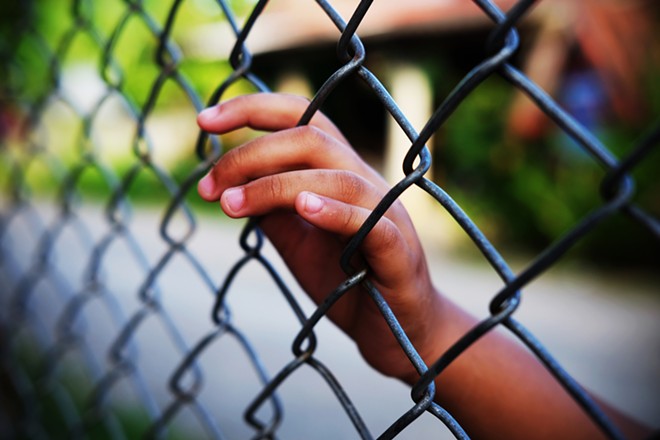 A Michigan family court judge on Monday denied a motion to release a teenager who has been held at a juvenile facility since mid-May for violating probation after not doing her online schoolwork, saying the girl will benefit from ongoing treatment there.

“I think you are exactly where you are supposed to be,” the presiding judge of the Oakland County Family Court Division, Mary Ellen Brennan, told the 15-year-old. “You are blooming there, but there is more work to be done.”

The decision came despite an argument from the attorneys of the teenager, Grace*, that the therapy and educational support she receives at the facility are inadequate and a statement by the prosecutor that his office supported her release. Caseworkers for the court and Children’s Village, where she is being held, testified she should be kept at the facility until she completes the monthslong program.

After the hearing, Grace and her mother, Charisse, embraced for more than a minute, the first time they have had physical contact since May 14 because of COVID-19 restrictions. They sobbed audibly through their masks before leaving the courtroom separately.

During the two-hour hearing at the Oakland County court, Brennan also mounted a defense of her initial decision in May to place Grace in detention for the probation violation, devoting about 45 minutes to recounting the troubled relationship between the girl and her mother.

Brennan began by speaking directly to the girl, saying she wanted to ensure the information was on the record: “This morning for you, respectfully, it is going to get worse before it gets better. Because I am about to go over all the crap, all the negative, all the prior attempts at helping. I am going through it all.”

The case, which has drawn national scrutiny, was detailed in a ProPublica Illinois investigation co-published last week with the Detroit Free Press and Bridge Magazine. It has sparked several protests outside the courthouse, and members of Congress, state lawmakers and Birmingham Public Schools board members have called for Grace’s release. The Michigan Supreme Court’s oversight agency has opened a review of the procedures in the cases.

Brennan limited discussion to Grace’s “progress and engagement” in the treatment program. She denied Grace’s attorneys’ attempts to discuss her original decision to detain the teenager for the probation violation and would not allow testimony from Grace’s special education teacher.

The prosecutor’s office has until Friday to respond to Biernat’s motion to reconsider the ruling on the probation violation, and Brennan said she will then issue a written opinion.

Grace was a high school sophomore in Birmingham Public Schools when she was charged with assault and theft last year, for incidents in which she bit her mother’s finger and pulled her hair and stole another student’s cellphone.

She was placed on probation in mid-April and, among other requirements, was to complete her schoolwork. Grace, who has ADHD and receives special education services, struggled with the transition to online learning and fell behind when Groves High School stopped in-person learning because of COVID-19. Her probation officer filed a violation against her on May 5, two weeks into the probation.

On May 14, Brennan found Grace guilty of violating probation for “failure to submit any schoolwork and getting up for school.” She ordered her detained, concluding Grace was a “threat to (the) community” based on the prior charges of assault and theft. Grace was placed in secure detention at Children’s Village, in suburban Detroit, for about three weeks and then transferred to a residential treatment program within the facility.

The decision to detain Grace came while the state was operating under an order from Gov. Gretchen Whitmer to eliminate any form of detention or residential placement unless a young person posed a “substantial and immediate safety risk to others.”

At Monday’s hearing, Grace’s case coordinator at Children’s Village and the judge, reading from the caseworker’s report, said the girl has behaved well and has been engaged with the treatment program. She has met all the goals, was the “star resident” one week this month and is currently at the second of five stages in the program. Each stage takes about a month to complete, the case coordinator said, and she recommended that Grace complete the program. That would take another three and a half months, she said.

The court caseworker also recommended that Grace stay in the program. “They have made significant progress,” the caseworker, Ashley Bishop, said. “In speaking with mom, she reports they have been able to communicate much better, (Grace) is more self-aware, she is more serious, she is more thoughtful.”

“When I read this report, this is as good as it gets. ... This is excellent. She is on point, she is doing well, she is engaged,” Brennan said. She later said, “The worst thing I can do is say you are doing great, now let’s get you home and watch the whole thing blow up.”

But Grace, speaking to the judge, said her good behavior indicated she was ready to go home. “I know I can control myself. … That altercation should not be defining who I should be now,” she said, adding: “I can be respectful. I can be obedient. I feel like that is being completely disregarded, no offense.”

She and her attorney argued she has been “deprived” of education and therapy. She has between 30 and 60 minutes of individual therapy twice a month and has had three joint sessions with her mother. Before being detained, she was meeting with a therapist twice weekly in addition to family therapy and academic tutoring, Grace and her mother have said.

“I believe placement in my home with the same, consistent therapy that I was getting beforehand, and love and support that will always be around me, will be a benefit for myself, my mom, my family and my community,” Grace said.

For school, Grace has been provided packets of material from the local district, which she said have been inadequate. “I am getting behind in my actual schooling while here. The schooling here is beneath my level of education,” she said. “And I know you may not seem to think this is a punishment, but in my heart, I feel the aching and the loss as if it were a punishment.”

For the first segment of the hearing, Brennan detailed Grace’s contentious relationship with her mother, during what she referred to as “the crazy years,” citing police records and child welfare reports mostly from 2017 and 2018. The reports describe Grace yelling, pushing, punching and biting her mother, and her mother’s inability to control her daughter, the judge said. She also mentioned Grace’s mental health treatment and troubles at school, including her theft of school technology, as well as social services support to help resolve conflicts between the mother and daughter.

The ProPublica investigation cited the police reports and other records about Grace’s behavior, including that she entered a court diversion program in 2018, at her mother’s request, for “incorrigibility.” At that time, Grace agreed to participate in counseling and not use electronic devices.

However, in filing the probation violation, the probation officer, who did not appear in court Monday, only cited incomplete schoolwork. She said Charisse reported that her daughter was not doing work, though the mother has said she spoke out of frustration. Charisse subsequently has said her daughter needed time to adjust to remote learning.

Brennan, who is running for reelection, said on Monday she had not felt it was safe to send Grace home after the probation violation because of the “numerous incidents of domestic violence,” and she didn’t want to put them in a “hot box” together when families generally were staying at home during the pandemic.

“She was not detained because she didn’t turn her homework in,” Brennan said at one point during the hearing, taking a long pause to look out at the courtroom. “She was detained because I found her to be a threat of harm to her mother based on everything I knew.”

At the original probation violation hearing in May, Grace’s mother testified that her daughter had not caused her any physical harm during the probation period. Grace said at Monday’s hearing that there had been no physical altercations between the two after the original assault charge in November and there is no police record of any.

In issuing the decision, Brennan said she wanted the girl to succeed, urging her to “give yourself a chance to follow through and finish something.”

Biernat, Grace’s attorney, said after the hearing that he plans to appeal the decision. “We want her back at home with her mother,” he said.

As Grace and her mother hugged before saying goodbye, Charisse told her to “stay strong.”

With her head on her mother’s shoulder, Grace replied: “I can’t.”

ProPublica is using middle names for the teenager and her mother to protect their identities.