On Monday, the bipartisan committee unanimously voted to refer former Trump and others to the Justice Department for potential criminal charges 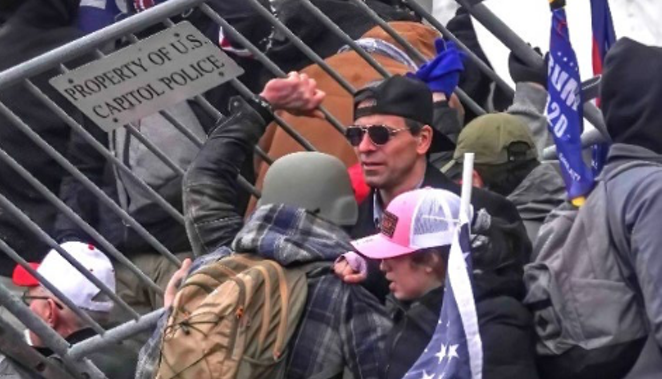 The U.S. House committee investigating the Jan. 6, 2021, attack on the U.S. Capitol released 34 transcripts this week that they compiled throughout their investigation, including interviews with three Michigan Republican leaders tied to former President Donald Trump’s attempt to overturn the 2020 election.

On Monday, the bipartisan committee unanimously voted to refer former Trump and others to the Justice Department for potential criminal charges, including inciting or aiding an insurrection.

Along with the indictment, the committee released a 154-page executive summary which states “the central cause of January 6th was one man, former President Donald Trump, who many others followed. None of the events of January 6th would have happened without him.”

Kelley, who was arrested in June on misdemeanor charges of participating in the Capitol riot, including a count of damaging federal property, told the investigative counsel that “99%” of the events on Jan. 6 were “peaceful.”

“There was some people that busted out windows in the Capitol, and that’s absolutely not right to do. You know, there was some people that fought with police officers, and that’s not the right thing to do. Majority of people that were there, myself included, did not fight with any law enforcement officers, didn’t do any damage to the property, grounds, windows, you know? And so most of the people that were there, myself included, operated themselves under the First Amendment peacefully,” Kelley said.

Kelley, who finished fourth in the five-way Aug. 2 GOP primary, was charged for damaging federal property and tearing down sheets on the inaugural stage that was set up outside of the Capitol that people used to climb into the building.

However, Kelley did not confirm whether he was in any of the videos at the Capitol provided by the investigators.

When asked if he wanted to use any privileges to avoid answering the question, like pleading the Fifth Amendment, Kelley was confused but attempted to plead the Fifth.

When the investigator asked Kelley on what basis he was asserting the Fifth Amendment, Kelley said “the first amendment, the right to peacefully assemble.”

After more back and forth between the investigator, Kelley said he “elects not to identify himself” in any videos and then offered the Fifth Amendment as a privilege again.

“Just so we understand, you’re asserting the Fifth Amendment to refuse to respond to a question asking you to identify if somebody in a video is you, because that answer would tend to incriminate you?” the investigator asked.

“No, not incriminate. To bring infamous bad reputation,” Kelley answered.

Because he never actually pled the Fifth and didn’t give an answer to questions seeking to identify Kelley in videos, the counsel said they would leave the record open on Kelley’s deposition while the committee “considers how to handle the refusal to answer those questions.”

Kelley did not respond to a request for comment from the Michigan Advance.

In the deposition, Kelley was asked about rallies hosted by his organization, the American Patriot Council (APC); his relationship with militias in Michigan; several social media posts he made that referenced violence or calls to action with reference to the Second Amendment; and his experience at the Capitol on Jan. 6.

Kelley and Jason Howland, who was with Kelley in Washington, D.C., on the day of the insurrection, are the co-founders of the far-right group the American Patriot Council. They hosted a number of rallies in Grand Rapids and Lansing protesting Democratic Gov. Gretchen Whitmer’s COVID-19 orders and the 2020 election results.

The investigators also asked Kelley about a June 26, 2020 post that Howland wrote on Parler, a right-wing social media site. Howland wrote: “Traitors should be tried as such. The penalty is 5 years minimum and $10k fines, all the way up to death. People like [Washington Gov. Jay] Inslee in Washington should see the gallows.”

Kelley responded to the post: “It is our responsibility as Patriots to make sure the constitution [sic] stays number one.”

The investigators also referenced a post from June 28, where Howland wrote: “Real question: would gallows being built in town squares around the country and a serious willingness to use them put an end to some of this treason we are seeing?”

Kelley responded: “That’s a great question! How they used to do it!”

When asked about its violent connotations, Kelley said that the post about gallows “was an opinion” of Howland.

The investigators also asked about a tweet in which someone from the APC Twitter account wrote: “On January 6th, we strengthen the American Republic, renew the spirit of America, and inspire millions to continue the never-ending fight for freedom. Be in DC.”

When asked if Kelley was with Howland in Washington, D.C., on Jan. 6, 2021, Kelley initially said he “saw him there.” Later, he revealed that they traveled to D.C. together.

The investigators asked about another Parler post from Oct. 6, 2020, where Kelley wrote: “more Militia needed nationwide ready to step up & fight for America.”

When asked why he specifically called on militia members, Kelley said he had “no specific answer on that” and it was “not a call for violence.”

Kelley said he still has questions about the validity of the 2020 presidential election. President Joe Biden beat Trump in Michigan by more than 154,000 votes, and more than 250 state and local audits have disproven claims of election fraud.

The others who were subpoenaed by the committee to give testimony, Rodriguez and Berden, mostly relied on the Fifth Amendment to avoid answering questions.

The false electors submitted it to the U.S. Senate and the National Archives to cast the state’s electoral votes for Trump. Berden was listed as the chairwoman for the Michigan electors meeting and Rodriguez was listed as the secretary. Both were subpoenaed by the committee in January.

The two false electors were asked about a meeting that was held on Dec. 14, 2020, in the basement of the Michigan GOP headquarters in Lansing, but both denied to offer up any details.

Berden and Rodriguez were asked about who was at the meeting; what they were told about the document they signed; and what out of state players they were in communication with — like Trump attorney Rudy Guiliani or Kenneth Chesebro, another Trump attorney who wrote a memo putting forward a proposal for having false slates of Trump electors in a number of states.

The line of questioning was not fruitful, as the two witnesses relied on the Fifth Amendment over 100 times between the two of them.