Investors bought record number of homes in majority-Black cities like Detroit in 2021, according to report 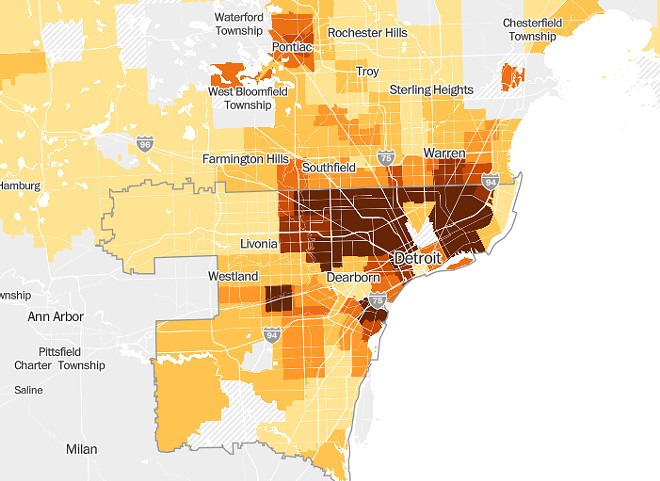 The Washington Post
According to an analysis by The Washington Post, 19% of homes purchased in Detroit last year were bought by investors — more than the typical metro, and higher than its 2015 rate of 11 percent.

Last year, outside investors gobbled up houses in metropolitan areas across the country at an alarming rate, an analysis by The Washington Post found — and appeared to target many Black-majority cities.

In fact, Detroit was one of the top 10 cities where investors bought the highest shares of homes, according to data from the real estate company Redfin.

The analysis considers real estate investors to be large corporations, local companies, or wealthy individuals who generally don’t live in the properties they are buying, who either look to flip the homes to new buyers or rent them.

The buying spree comes at a time of escalating home prices, putting a squeeze on would-be homeowners, and exacerbating the racial inequality gap in generational wealth.

"There is a massive racial homeownership gap in this country, which is a serious problem because owning a home is a key to building intergenerational wealth and reducing racial inequality overall," said Sen. Robert Menendez, a New Jersey Democrat, according to The Post.

According to the analysis, investors bought nearly one in seven homes sold in America's top metro areas, the most in at least two decades.

"One of the reasons housing prices have gotten so out of control, is that corporate America sensed an opportunity," Sen. Sherrod Brown, an Ohio Democrat, said last week at a hearing of the Senate Committee on Banking, Housing and Urban Affairs.

Brown added, "They bought up properties, they raised rents, they cut services, they priced out family home buyers, and they forced renters out of their homes."

You can read the full analysis at The Washington Post.