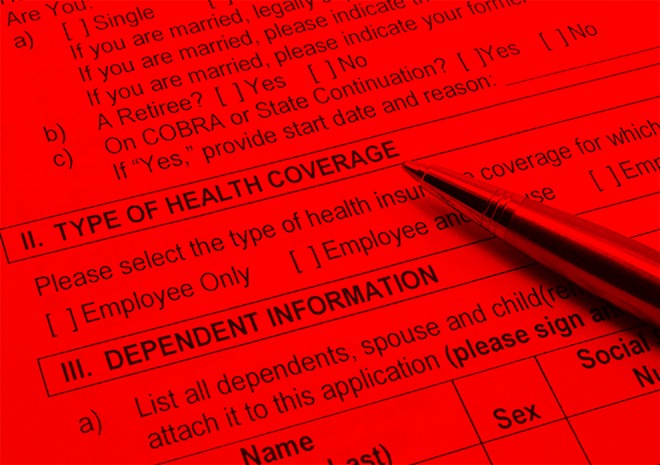 Shutterstock
COBRA is illogical from the jump.

A quick note from Abdul: I spend a lot of my time deconstructing the healthcare system at a 30,000 foot level, where I can see the full workings of a system built specifically to benefit the corporations that control it. But sometimes, it’s from the ground that you can really appreciate just how cruel it is. One of our editors, Tara, recently had to contend with the COBRA system — extending employer-sponsored coverage after employment ends — for her mother after her father unexpectedly passed away. Her story captures all the ways the system's hidden complexity punishes Americans.

We lost my father earlier this year after a two-month battle with cancer. It forced us to navigate through the aspects of my mother’s life that were now going to differ drastically. One of those was health insurance, which my father had carried through his employer for both of them.

Mom wasn’t old enough to qualify for Medicare, makes too much to qualify for Medicaid, and is self-employed and therefore not eligible for any employer-sponsored coverage of her own. The first circumstance we could do nothing about. The second didn’t help us in her current situation. The third could be remedied by seeking out a job with employer-sponsored coverage. But therein lies another set of considerations for someone who’s nearing retirement age, not to mention potential waiting periods depending on the employment terms. That left us with two possible avenues, buying an individual plan from the health insurance marketplace or COBRA coverage.

The most “affordable” plan on the marketplace was over $600 per month — for what amounted to catastrophic coverage. Actual insurance coverage wouldn’t start until she’d hit an absurd deductible, in this case over $7,000 per year. So we shelved the idea of a marketplace plan with the hopes that COBRA could be a viable option.

COBRA is illogical from the jump. Your employer-sponsored coverage has to end, and there’s approximately a month where you’re forced to wait in limbo for the enrollment paperwork outlining your benefits and plan price to be mailed to you. During this period you do not technically have any insurance (though it’s usually backdated upon enrollment), so you’re praying that you don’t need to see a doctor or, God forbid, get into an accident or have an urgent medical issue. The paperwork took about five or six weeks in Mom’s case. Ultimately, though, Mom would be eligible for COBRA for 36 months and the premium would still cost less than the garbage plan we found on the marketplace. We were relieved, and planned to move forward with signing up for COBRA once the paperwork arrived.

One would think that the enrollment process would be fairly straightforward, but rather than your original insurer, it’s typically administered by an outside entity. Once we received the paperwork the fun began. We had set up automatic payments to avoid any late fees or possible termination. We thought we’d done the right thing. But then we received a notice that a bill of a negligible amount was due, with the scary language that failure to pay by a certain date would result in plan termination. Many phone calls and emails later, we learned that plan administrators had changed their backend system shortly after the enrollment was completed. Somehow in the changeover they managed to delete the automatic payments that had been set up, and we started receiving notices of nonpayment again. In our discussions with the customer service representatives, they admitted that they didn’t know how to use the new system — while also making us feel like it was somehow our fault. But, lucky for us, because of COVID regulations, they could initiate reinstatement of the plan. How generous. I can’t even imagine how many people they did this to, how many plans were unknowingly canceled. Oh, and then we found out months after enrolling and paying premiums for a medical plan … that my mom didn’t actually have coverage. When she called her dentist’s office about an appointment, they notified her as a courtesy that their system was showing that she had active dental and vision coverage, but not medical. Several frantic phone calls on the Friday before a long weekend later, we found that my father’s employer had never submitted their paperwork.

To add injury to insult, mom developed a kidney stone and had several visits to the emergency room and a short hospitalization (thankfully, she is just fine). The emergency room couldn’t turn her away, but her doctor’s office refused to schedule any follow-up visits since, on paper, she didn’t have any insurance.

Throughout this entire process, I questioned why, in the United States, we even need to go through all of this just to have the ability to see a doctor or go to the hospital when we need care? We’re dreading having to navigate the system all over again in three years when her COBRA coverage runs out, not to mention what the “affordable” premiums will look like as she’ll be three years older and healthcare costs only grow.

If our system is the “gold standard” of healthcare, we need to rethink our standards. It’s awful enough to have to deal with the insurance bureaucracy and worry about how you’re going to see a doctor. It’s worse to have to do it while grieving the loss of your loved one.

Originally published Oct. 27 in The Incision. Get more at abdulelsayed.substack.com.