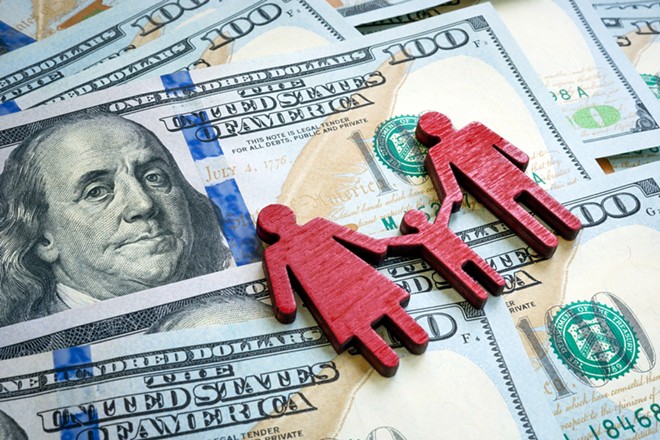 Shutterstock
Advocates emphasized while the tax credit helped families across the board, it was especially important for children in rural Michigan.

A coalition of advocates for Michigan families is pushing Congress to permanently install the Child Tax Credit in its end-of-year spending bill.

The initial 2021 expansion of the Child Tax Credit helped bring thousands of Michigan families and their kids out of poverty during the pandemic. But when the program wasn't renewed, many fell back on hard times.

Advocates emphasized while the tax credit helped families across the board, it was especially important for children in rural Michigan.

Seth Johnson, executive director of the United Way of Northwest Michigan, said the program has been transformative.

"There is a big need to expand this, because you are now just seeing families who are unable to not only just meet those basic needs," Johnson pointed out. "But because of the expansion of it, they may be able to invest in things for the future."

Democrats generally support adding the measure to the 2023 budget, whether as an expanded tax reimbursement or as direct payments to families. However, congressional Republicans say they oppose the plan because of its estimated $100 billion price tag.

Johnson noted the Child Tax Credit is currently "upside-down," because children in families with higher incomes can receive the full value of the credit, while others get only a partial credit or none at all if their income is too low. He stressed recent changes to the economy make the plan more important than ever.

"I would say this is even more urgent in the rural areas," Johnson contended. " When we start to look at inflation and the impacts that has, when we're talking about gas prices, housing prices, child care prices, food prices, inflation hits us a lot harder."

Johnson added the tax credit affects more than one in four children in rural Michigan, but kids from Black, Hispanic, and other communities of color are excluded at a much higher rate.

"When we look in the Greater Northwest region, 50% of our households with kids fall below that threshold," Johnson reported. "Every other kid in our public school system is in a household that's financially struggling. And so, this type of investment from the federal level is vital."

Democrats are under pressure to renew the plan by year's end when they will lose control of the U.S. House to a Republican majority.