Detroit’s QLine is now urging its riders to “Gogh to the DIA.”

The streetcars have been wrapped in that message along with images of the work of Vincent Van Gogh to promote the Detroit Institute of Arts’ new exhibition Van Gogh in America, which opens to the public on Sunday.

“We are thrilled to partner with DIA to promote the Van Gogh exhibit,” said Lisa Nuszkowski, president of QLine operator M-1 Rail, in a statement. “Connecting people to institutions like the DIA that make the Woodward corridor such a vibrant destination is at the heart of what we do.”

The streetcars feature Van Gogh’s “Portrait of Postman Roulin” and “Bank of the Oise at Auvers,” two works from the DIA’s permanent collection. The exhibition, which includes more than 70 Van Gogh works of art, celebrates the 100th anniversary of the DIA becoming the first public U.S. museum to purchase a work of Van Gogh, which was his 1887 self-portrait.

Van Gogh in America runs through Jan. 22, 2023. Tickets for the exhibition range from $7-$29 and are discounted for adult residents of Wayne, Oakland, and Macomb counties.

More information is available at dia.org.

Also, remember: QLine rides are free through the end of 2022. 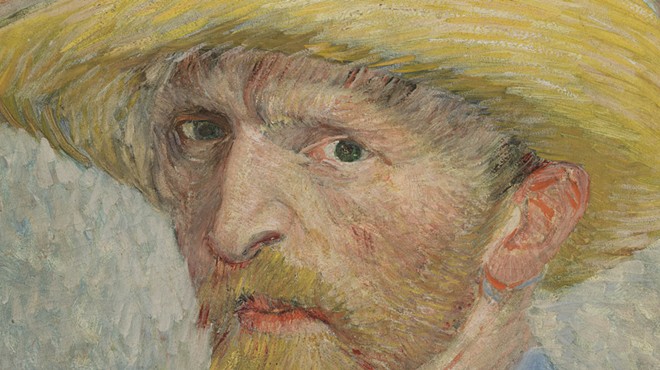